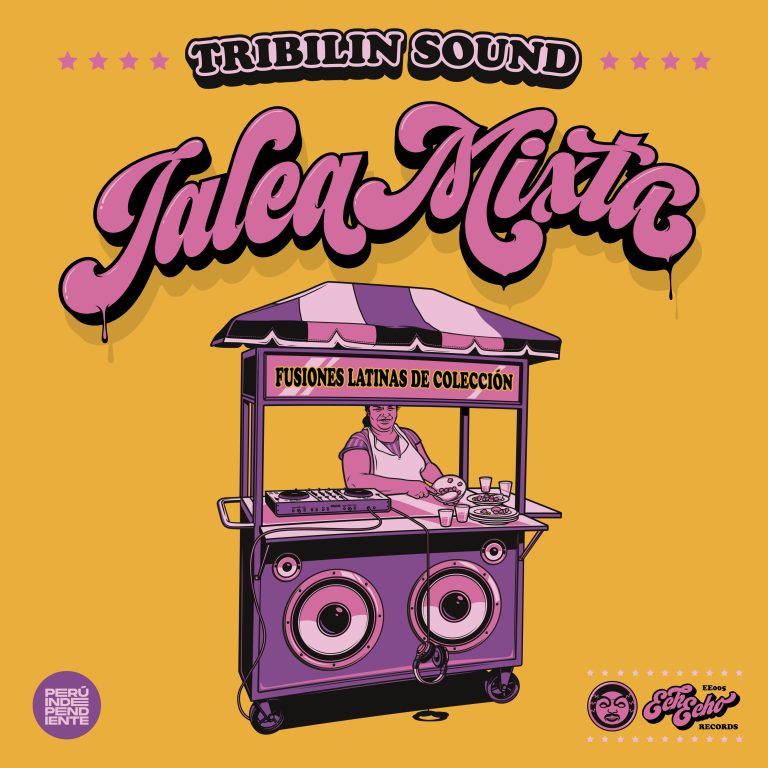 For those who been following the digital cumbia scene in South America, Tribilin Sound, the moniker of Alvaro Ernesto, is maybe one of the best kept not-so-secret secrets. With years experience as a DJ exploding dance floors in Lima, his prolific releases have been special weapons for most of the up-and-coming tropical bass selectors in the rest of the continent, and worldwide.

New and classic Tribi tracks, including some that were released on labels such as Terror Negro (Peru), Sello Regional (Chile) and Tiger’s Milk (UK), are now being reinterpreted by renowned artists like Dengue Dengue Dengue and Chancha Via Circuito, and the more contemporary club minds of Tayhana and Octubrxlibrv, for the album, Jalea Mixta, bringing together a mix of different styles and rhythms, which is has to be said is a firm staple of Alvaro’s work.

The first single is Ecuadorian Lascivio Bohemia’s take on “Qosqo”, a Pan-American meeting on the Andes mountains. Ancestral and folkloric elements take us from the earth to outer space, with traditional instrumentation side by side with arpeggiated synths and lush pads.

“Qosqo (Lascivio Bohemia Remix)” is out today. Jalea Mixta will be released digitally by Eck Echo on November 11. A vinyl version with remixes and original Tribilin Sound compositions, Jalea Real, will follow.