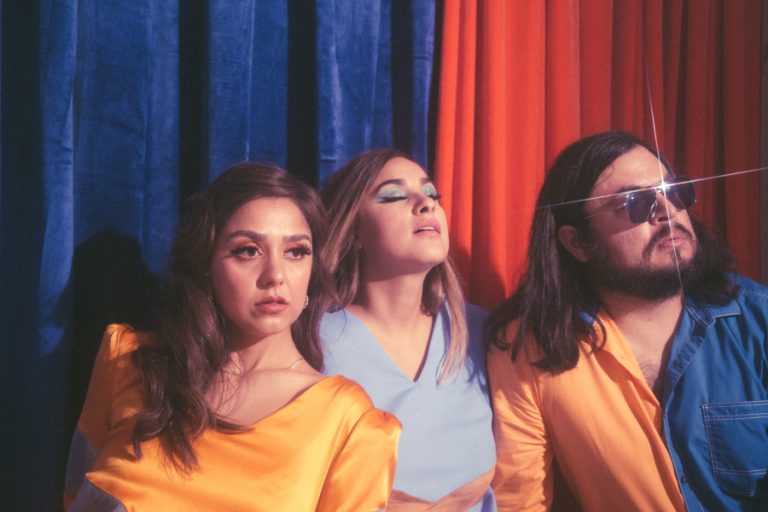 Estereomance Create A Romantic Alternative Reality in ‘Think Of You’

The dreamy indie-pop soul of Estereomance recently released their newest music video entitled “Think of You” off their latest EP What Do You Want It To Be?, out on November 5 through Cosmica Artists. “Think of You” is a tribute to the strains of a blossoming romance forced to continue through a remote space due to the global pandemic we have all been experiencing. The reversed dim lit cloudy video captures a young couple imagining what could have been – if the pandemic wasn’t occurring – from writing and sharing letters, to daydreaming themselves together in the same room.

Estereomance is a love letter from the border town and culture of El Paso, Texas and Cd. Juarez, Chihuahua. Adria Del Valle, Manuel Calderon and Paulina Reza, together created this musical project self-described as a “liberated voice of border emotions screaming to be heard.” Coming from a wide range of musicianship: Del Valle, a violinist from the classic music world, Reza in the vocals, and Calderon a seasoned producer, sound engineer, and bassist; the three have created a fusion that gives their band a particular global synth sound. If this distinctive synth sounds familiar, it is because Reza and Calderon previously worked with each other in the band The Chamanas, which is one of the groups that helped distinguish that particular West Texas indie soul pop we are now embracing through Estereomance.

Now, they are showcasing their newest EP What Do You Want It To Be? which includes seven tracks, inspired by the feeling of uncertainty thinking of what was going to happen post-pandemic. In the press release, Reza shares: “It was a different type of creating atmosphere, most of it was done via the internet as I am in Juarez, and the others are in the U.S. It reflects the place where we are: we are having fun and the audience can feel the happiness.”

“Think of You” is out now