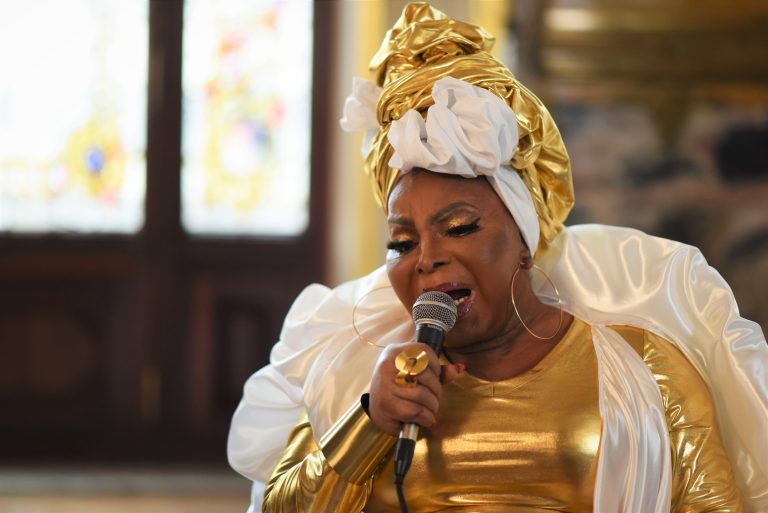 Mere days before she died, at age 91, Elza Soares was as active as ever. On the 17th and 18th January she recorded a DVD, accompanied by the pianist Fábio Leandro, in the main hall of the iconic Theatro Municipal de São Paulo. Just two days later, on 20th January, she passed away, but for those two nights she reigned like never before.

Dressed in white and gold, the voice of the millennium (according to BBC London) is in dialogue with the Theater’s masterful structure, stressing the formality and neo-academic style of the building. In the first taster from the upcoming album, the singer tackles “Meu Guri”, a song by Chico Buarque.

Despite her advanced age, Elza Soares still had power in her voice. Obviously it wasn’t the same as at the height of her career, but it still had gravitas. On “Meu Guri”, she sings softly, in a more restrained way than many are used to from her. The song’s theme reflects a reality she knew very well: the hunger of her children. “When your boy was born my offspring was not ready to sprout / It was born hungry, I didn’t even have a name to give it”.

With musical direction by Rafael Ramos and production by Dani Godoy and Débora Ribeiro de Lima, the album and DVD Elza ao Vivo no Municipal will be released on May 13th, a day that in Brazil marks the the abolition of slavery, in 1888.