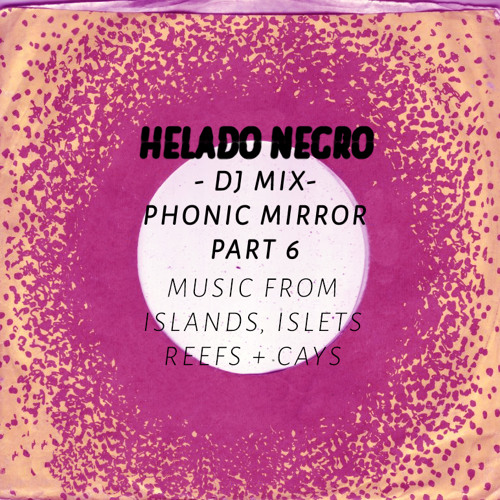 Helado Negro‘s Phonic Mirror mixtapes have been coming thick and fast over the past few months. Started back in February as a way for him to share some of the music he’s been listening to, they’ve offered a chance to get lost in a vast array of different musics, from ambient to Japanese dub to oddball synth pop. It’s kinda the music you’d expect Helado Negro to be listening to, but that makes it no less enjoyable.

Latin American and Caribbean music has featured from time to time in the mixes, but no more so than in the sixth instalment, subtitled ‘Music From Islands, Islets, Reefs + Cays‘. It’s a top selection of Caribbean-flavoured tunes which Helado picked up from various record stores around Crown Heights, Flatbush and Prospect Lefferts Gardens, and which he refers to as “Calypso, Chutney, Space Disco Soca, slow jams.” “Space Disco Soca?”, we hear you cry. Check out the second tune, it’s a belter.

You can listen to all the Phonic Mirror mixtapes on Helado Negro’s Soundcloud (expect more to come soon). For Part Six take a listen below: