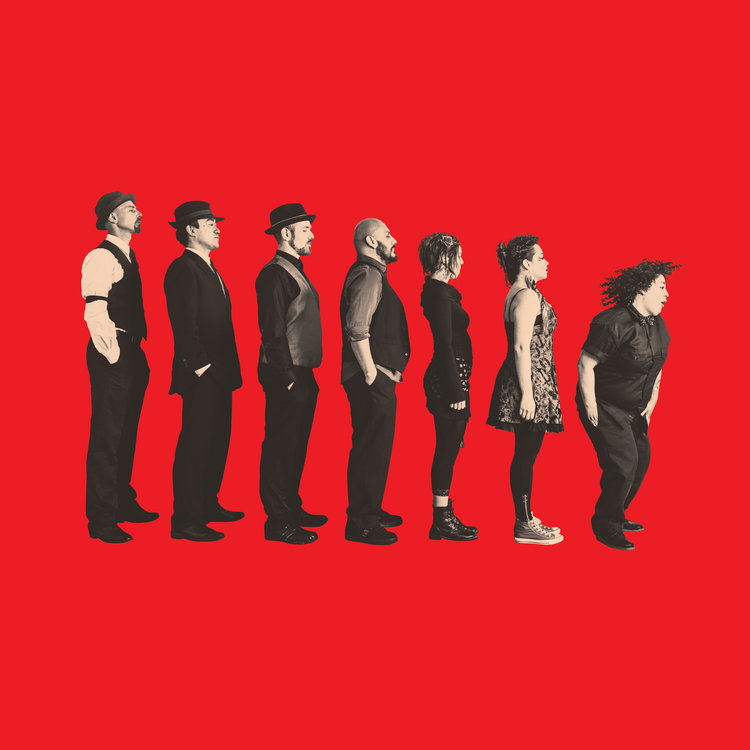 The seven member band from Oakland, California La Misa Negra resets their talent with their latest and self-titled second album. It’s a series of twelve songs with experimental elasticity rooted in Afro Colombian/Latin rhythms of the 1950s fused with a dose of punk rock and hip hop. It’s upbeat, soulful, and dynamic. Traditional instruments like the clarinet, the baritone sax and drums are stretched and beat to tune out new vibrant energetic compositions. Its narrative lyrics are also progressive waves that carry across to hearts and minds pulsating social themes that call for awareness. The group formed in 2011. Since then the Oakland band has shared the stage with Ana Tijoux, Stevie Wonder, Red Hot Chili Peppers, Julieta Venegas and many others

The Afro rhythms in “Me Voy Pa’ Porce” are a blend of danzón super charged with cumbia and local vernacular expressions and stories. In “Mazamorra” (a popular creamy corn soup/drink in Colombia) La Misa Negra acknowledge a local vendor ‘Juan’ who calibrates his voice and readies a wooden wagon early dawn to go out and rhythmically sing out his produce, home cooked food and goods in the streets that are for sale. It is a tune that symbolically connects with the vendor’s experience, taking to the streets day in and day out.

The high energy album implodes with multiple influences and beams out the charge with assemblages of sounds to enjoy and dance too. This being said in a unique style La Misa Negra doesn’t bypass lyrics that are reflective of our times such as in “Pistola” (Gun) and “El Agua Ya Se Acabó” (The Water Has Finished). “Pistola” address the easy access to guns, wherever it reigns it puts fear in people’s lives and cuts dreams short. In “El Agua Ya Se Acabó”, the scarcity of water in a world that no longer reclaims the right to care for a universal resource is the main theme of the song.

The three mujeres and four men band puts together a sancocho Latino SKA alternative style cumbia mix.* La Misa Negra combine the lineage of past generations of cumbia musicians who’ve placed themselves in the realm of music for future generations to draw inspiration from. For the band it is to re-invent the new while staying true to the past. This is what makes them entertaining as they perform their spectacular upbeat expressive storytelling rhymes and rhythms.

*A thick Latin American stew of mixed meats and/or vegetables that upon consumed is known to fires up a sweat.