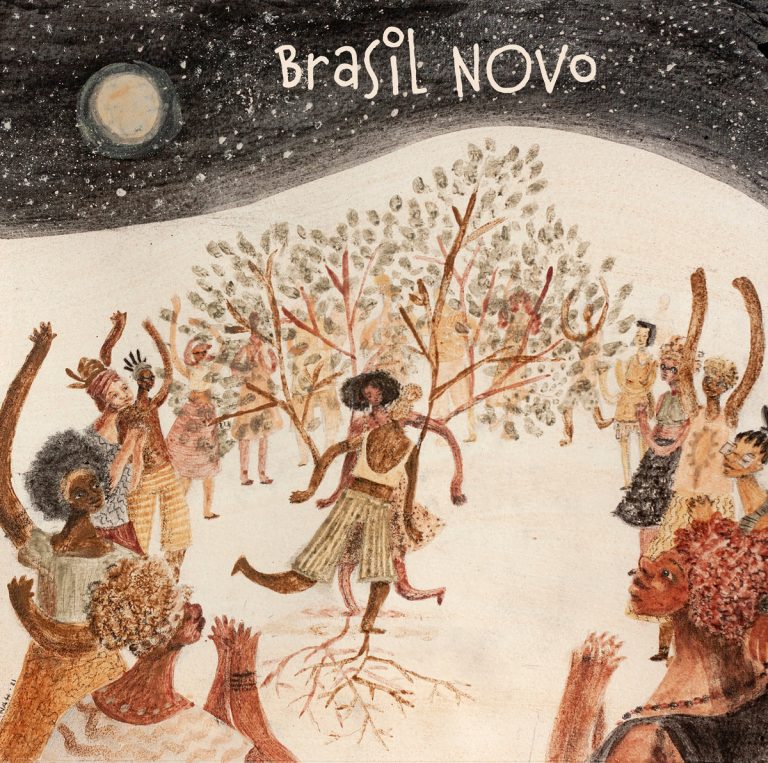 UK-based Musica Macondo have announced details of a new collection of Afro-Brazilian music which has been curated by their own Tim Garcia and São Paulo-based DJ Tahira. The compilation is called Brasil Novo and will feature eight deep cuts from the past 15 years of Brazilian music, all rooted in Afro-Brazilian traditions. In some cases, this is in the rawest form, as with Dona Celia Coquista’s drum-heavy interpretation of samba de coco from the north-east of Brazil, and at other times the music goes off in a completely-different direction altogether, Toró Instrumental’s “Dunas” a propulsive blast of Herbie Hancock-esque future jazz. Then there are artists who are somewhere in between, renowned rabeca player Renata Rosa subtly updating the sound of north-eastern Brazilian folk music, or Grupo Bongar adding bass and distorted guitar to ciranda in a style that will appeal to fans of Siba.

The compilation will include three previously unreleased tracks (Dona Celia Coquista, Toró Instrumental and Grupo Bongar) alongside songs from Caê, Renata Rosa, Alabe Ketujazz, Xaxado Novo and Ilú Obá De Min. “Designed with the esoteric dancefloor in mind”, according to the press release, it’s a collection of lesser-known artists that are certainly worthy of getting some attention, and great to see a DJ-orientated compilation that does not feel the need to play it safe.

Brasil Novo will be released digitally and on vinyl on 13th May by Musica Macondo.

Judging by how quickly DJ Tahira’s compilation for Jazz & Milk, Levanta Poeira, sold out, you may want to order your copy quick. Oh, and while we’re talking about Brazilian compilations, US blog Aquarium Drunkard have announced a compilation of Brazilian music for this year’s Record Store Day. Entitled Atençao!: Novos Sons do Brasil, it will feature a wide-ranging assortment of current Brazilian artists including Kiko Dinucci, Tim Bernardes, Sessa, Ana Frango Elétrico, Josyara and Giovani Cideira.