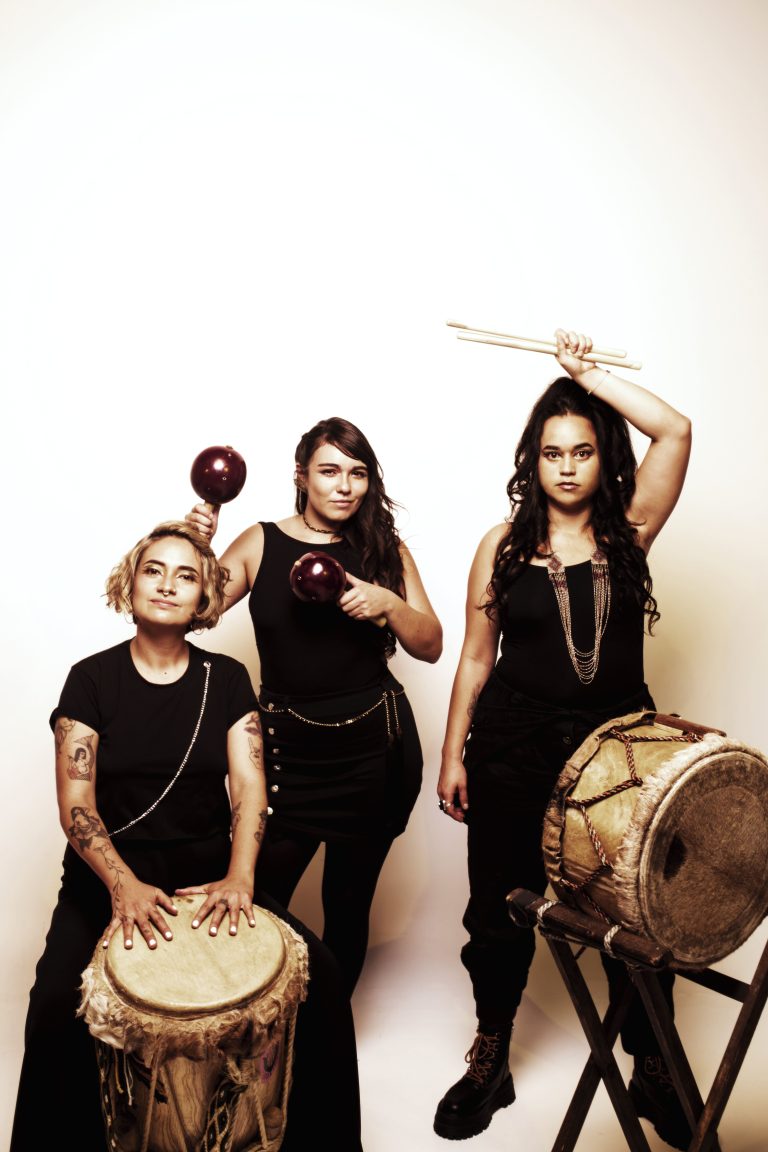 There’s fewer artists on the Latin American circuit with quite the snowballing prolificacy of Bogotá’s La Perla in 2021.

So far this year we’ve been treated to the release of “Bruja” and “Guayabo” on 7-inch as well as collaborations with the Mexican Institute of Sound on tracks from the late, great Lee Scratch Perry and Metallica respectively. All the while crowds in Europe have been affirming their love for the Bogotá three-piece with sold out shows on their latest 17 date European La Cura tour across five countries.

The runaway train has not stopped there.

With a new album now recorded, it is with immense pleasure that Sounds and Colours are able to bring the first single from what is one of 2022’s most hotly anticipated releases.

A beguiling escape to Amazonic terrain, rapturous new single “Selva” is nothing short of a formidable teaser. Thundering Brazilian-inspired percussion set against bewitching chorus’ and enchanting vocal interplay, safe to say it has won our hearts at first listen. With a ten-track LP, featuring some very exciting collaborations, just around the corner it’s a must listen taster to bridge the gap between now and then.

Released on the Colombian powerhouse that is Mambo Negro Records, “Selva” will be available across all digital platforms from tomorrow (25th October) – sink your teeth into it early via the link below.