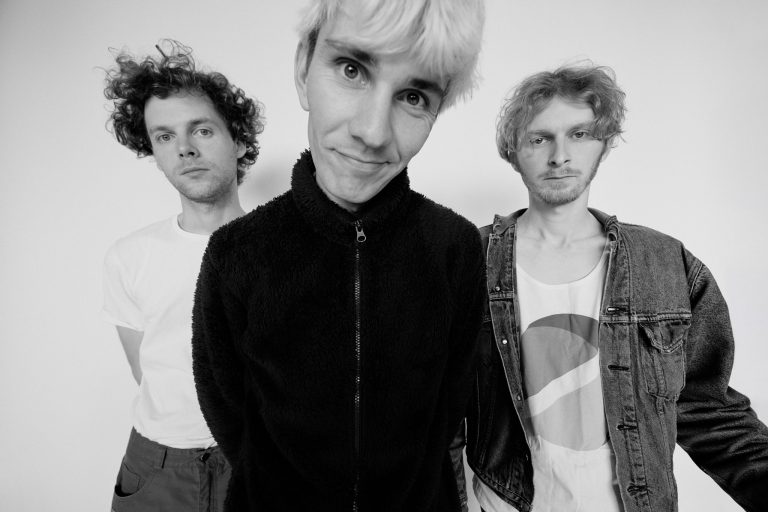 “Mi Niña” starts off Hi-NRG Eurodisco, but listen to that drum beat and the Spanish vocals and it’s clear there’s something else going on. Emanating from Lithuania, the members of Planeta Polar previously went under the moniker of Parranda Polar, the hippest cumbia band in Vilnius, make that the whole of Lithuania… but then they were the only cumbia band in the country. That iteration of the group formed when they discovered Colombia’s accordion cumbia legend Andrés Landero, but being an authentic cumbia trio had its limitations, and with time they wanted more freedom, both in their music and in their stage gear. Thus Planeta Polar came into being, synth and drums added to their previous accordion and percussion set-up, with the bass suddenly given the option of getting as funky as it liked.

Cumbia can still be heard in the beat, in the accordion melodies and in the use of guacharaca but the sound has gone somewhere else entirely. “Mi Niña”, which comes from the group’s debut album Puro Carnaval, is a fine example of this. It’s unabashedly joyful, with technicolour synths and high-energy vocals, but it swings too, and part way through it shows the group’s sense of invention with a dembow breakdown, the vocals suddenly thrown in turmoil, a moment of sheer menace, before the groove returns for a bouncing finale.

The accompanying video highlights their absurd sense of humour, its moody slow-motion visuals in contradiction to the band’s energy, with the trio appearing throughout via a kitsch TV variety show, while the slightly-grotesque characters go about their daily tasks ambivalent to the Lithuanian trio trying to brighten up their day.

Puro Carnaval is released by Some Other Planet Records