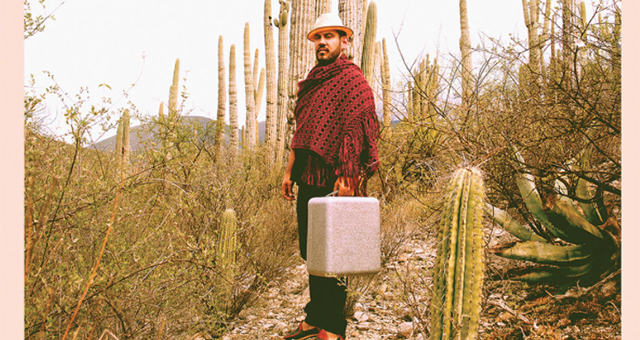 Canadian-Mexican MC Boogát is on tour in support his new album, San Cristóbal Baile Inn ( released on Maisonette Music, 6th of October 2017), and the lead video for the record is about all things mezcal.

Shot at Santa Catarina Minas in Oaxaca, Mexico, it features the musician rapping on the agave ranch of Maestro Eduardo Lalo Esperanza (the mezcalero) as we’re shown footage of this beautiful farm and some of the workers who help produce the smoky alcoholic beverage.

San Cristóbal Baile Inn is Boogát’s third album, written entirely in Spanish, which revisits a more electronic sound, infused with rap and reggaeton flavours. A danceable record, it stays true to the roots of Latin music while remaining politically charged. The album was written while Boogát spent a year living in Mexico’s capital city, in search of his own personal connection his mother’s culture.

Son of immigrant parents from Paraguay and Mexico, Boogát was born in the Quebec city and raised in the “Beauport” colony of the city. He moved to Montréal in 2001, where his career started.

San Cristobal (St. Christopher) is the patron of the travelers and the album is a celebration of immigrants and travelers at large. Cristobal’s “Inn” symbolizes the hotel Boogát traveled through for a brief moment.

Boogát won the Juno prize for “World Music Album of the Year” with his album Neo-Reconquista in 2016.

Watch the video for “Mezcalero Feliz” below and catch Boogát at C’mon Everybody in Brooklyn at the iBomba party with special guest DJ Sol Nova and residents DJs Uskha and Beto tonight, the 13th of October, at 11 p.m. The rest of his tour schedule is here.