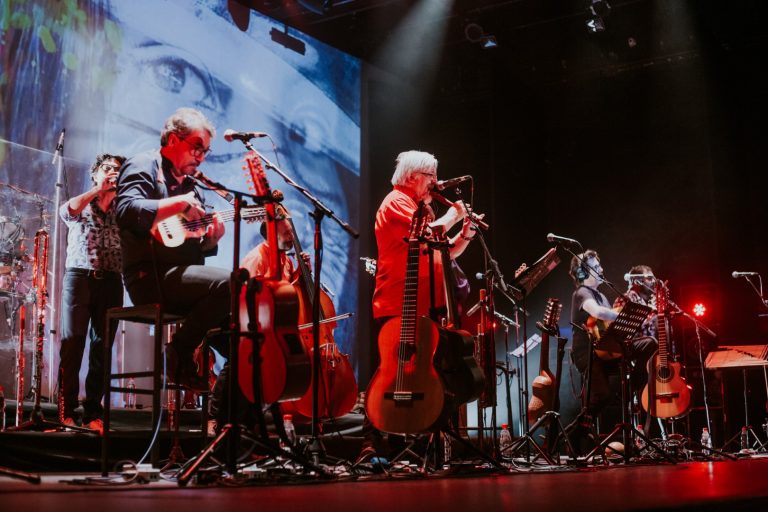 WOMAD and The Complex Narratives of World Music in Chile

This year WOMAD Festival turns 40, continuing its long history of promoting contact and exchange between musicians and practitioners from all around the planet. Throughout its existence, WOMAD has highlighted the cultural diversity of the world and played a key role in making visible the fight against racism and discrimination in Western societies. From very early in its development, the festival grew and expanded from the United Kingdom to other locations such as Australia, New Zealand, Spain, and Chile. However, the event has also been criticised for providing an exoticised showcase of diversity for mostly white, middle-class audiences, who attend the festival unaware of the global power relations and inequalities that WOMAD itself aims to counteract. In many ways, WOMAD embodies the complex narratives around the idea of world music, its achievements, and its limits. Likewise, its expansion to other countries expresses shifts in the meaning of world music and what can and cannot be described with the category.

As a music researcher from Latin America, sooner rather than not you begin to delve into the ways music from diverse societies is represented and the place the sounds you know, and even love, occupy in global musical discussions. Questions like ‘how do Latin Americans speak of Western popular music?’ or ‘how do Western individuals speak about Latin American music?’ are common questions in the social sciences and humanities, especially those which critically engage with the current consequences of colonial experiences. The term ‘world music’ often appears as one of the tools through which Latin American, African, and Asian music (let’s call them the music of others) is represented for Western artists and audiences. So, when in 2015 it was announced that WOMAD Festival was having an edition in Chile I felt genuinely intrigued and asked myself “how come?”.

What Is World Music?

To answer that, it may be useful to look at the history of the concept of world music and its points of contact with Chilean popular and traditional music. Throughout my research I found that the concept of world music can be traced back to the early twentieth century, fuelled by a renewed global conscience, the development of national identities, and ethnographic initiatives supported by new recording technologies. Specifically, German musicologist and composer Georg Capellen was among the first to use the term ‘world music’ to designate a future music that will be constituted of Western canon and non-Western traditional music.

The interest in non-Western musics grew hand in hand with the development of ethnomusicology between the 1960s and the 1970s, and the term ‘world music’ was introduced in academic courses and units in both Europe and the United States, as exemplified by the work of American musicologist Robert E. Brown. However, most people will be familiar with the idea of world music as a marketing term, emerging since the early 1980s alongside other concepts such as world beat, as attempts of industrialisation and commercialisation of non-Western musics in Western markets. Throughout the years, the idea of world music has been celebrated as an opportunity for cultural exchange, for making visible and audible the musical diversity of the planet, and for its use as a political tool against racism and oppression. And yet, it has also been criticised for reproducing colonial power relations that portray non-Westerners as somewhat primitivistic, exoticising and racialising them; for homogenising musical otherness, and for being a renewed form of economic exploitation of non-Western societies and cultures.

And what about Chilean music? During the twentieth century, Chilean popular and traditional music has shown diverse contact points with the narrative of world music. For example, the first ethnographic descriptions of the cueca dance and other practices of indigenous peoples in the country were made in the early twentieth century by European and American travellers such as the German musicologist Albert Friedenthal, Austrian priest Martin Gusinde and American colonel Charles Wellington Furlong. Likewise, the first LP by Chilean folklorist, musician and visual artist Violeta Parra, widely regarded as one of the most important popular artists of the country, was recorded and published in the 1950s as two volumes under the title Chants et Danses du Chili by the French label Le Chant du Monde, which specialised in traditional and politically-inclined musics from diverse regions of the planet. Also, during the dictatorship of Augusto Pinochet (1973-1990), exiled musicians of the New Chilean Song movement such as Inti Illimani [pictured top] and Quilapayún were recorded by labels such as Pathé Marconi, Le Chant du Monde and Dischi dello Zodiaco, which released recordings of traditional musics from non-Western regions. These labels and recordings helped the exiled musicians to join the growing market of world music in Europe, and some of them, like Quilapayún, would introduce in their work some musical elements disseminated under the category of world music, as can be heard in their cover of Julien Clerc’s “Melissa”, from 1985.

By the late 1980s, the consolidation of a global market for world music and its penetration in Chile even allowed some local musicians to explore musical fusions between Latin American, African and Western popular music elements. This can be heard in the work of Congreso, who on “En Todas las Esquinas” strategically sing in the Lingala language and perform African-influenced rhythms to celebrate the imminent end of Pinochet’s dictatorship, thus avoiding censorship. During the 1990s, the concept enters Chilean academia, thanks to the work of British musicologist and journalist Jan Farley, although the term would not enjoy wide acceptance between local scholars.

Up to this point, the term ‘world music’ was applied to Chilean music only when entering European and American markets. In Chile these works and artists would hardly be understood as world music, since they are interpreted according to local historical, political and cultural significance. However, since the 2000s the term has been increasingly used by Chilean musicians to characterise their musical work and other initiatives such as record labels and festivals. For example, Chilean composer Subhira has employed the term to define his work, characterised by a mixture between traditional motives, New Age textures, and approaches to the experience of trance. Subhira also founded the label Mundovivo, to release his own compositions and those of other musicians joined under a world music identity. The musician also created the Festival de Músicas del Mundo, which during the last twenty years has gathered musicians from diverse countries of the planet.

The consolidation of the idea of world music in Chile would come in 2015, when the first version of the WOMAD Chile Festival took place. The event is produced to this day collaboratively between the WOMAD Foundation, the Chilean government, the Municipality of Recoleta, and private producers. WOMAD Chile is today the largest event aimed to showcase musical diversity in the country, with its 2020 edition attracting more than 30,000 attendants. Aware of the colonialist implications of the concept, the idea of world music has been resignified by local musicians and producers to represent a more holistic approach to music making, emphasising cultural contact and exchange, a closer link with nature, and considering it as a platform for international circulation and economic sustainability for local musicians.

To Embrace or Ignore ‘World Music’…

Interestingly, in the evolution of the contacts between Chilean traditional and popular music and the narrative of world music, we can see a shift from musicians and practitioners being introduced into the sphere of world music by Western ethnomusicologists and producers, to them adopting some elements and finally actively defining themselves as world music. This signals an appropriation of the term and the ability to define its meaning. This shift takes place in a moment when Chile experiences an increase in regional migratory flows to the country, with Latin American and Caribbean migrants arriving to the country looking for a better life. Alarmingly, migrants in Chile are usually received with racist and xenophobe practices by locals, which are grounded in nationalism and a fiction of Chilean whiteness. In this context, the adoption of the term world music would then help musicians to deal and embrace the cultural diversity brought by migrants into the country. However, it also would carry a risk of reproducing the colonial representation of otherness, directed now towards migrants within Chilean society.

There is no simple solution to the dilemma of world music in Chile. The tension between colonial exoticisation, on one side, and the empowerment of otherness, on the other, has not a univocal form but rather expresses differently according to cultural, political, and economic contexts. In some cases, the adoption of world music can effectively introduce cultural and economic inequalities, while in others it can promote a genuine recognition of diversity. Most likely, both processes will take place at the same time. Consequently, I do not argue for an absolute rejection of the term, but to address it and use it critically, identifying the specific challenges of racism and exploitation against migrants and indigenous peoples in Latin America and other regions, and actively promoting the political, economic, and cultural recognition of otherness within our societies.