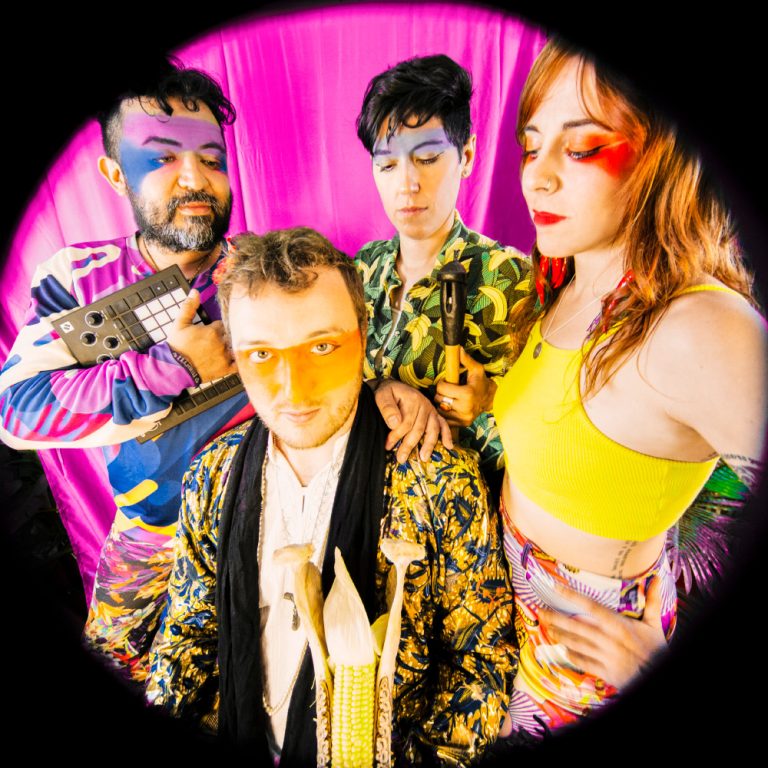 One of the highlights of Movimientos’ lockdown album Santuario / Sanctuary was undoubtedly Village Cuts’ remix of a track by Xaman X. At at that time not too much was known about this new outfit, but you’re about to hear a lot more from them.

Xaman X was brought to life in Bristol by a group of Latin America-obsessed musicians who wanted to create a regular support band for the city’s Midnight Ritual tropical parties. Comprising known entities Pablo Villierezz (best known for his Panther Panther! alias) and Jackson Lapes (Worm Disco Club, Afon Sistema) as well as musician Susana Gutarra and singer Marta Zubieta, the group are set to release their debut EP in December.

The first taste from the EP comes in the form of its lead track, “Distraido”, a steady, deep cumbia beat filled with charango, typically cumbia sonidera-esque low-pitched narration and Zubieta’s mellfluent vocals, it’s a song concerned with slowing down and making the most of our time.

“Distraido” is out today on Movimientos Records. The Xaman X EP will be released on 2nd December.