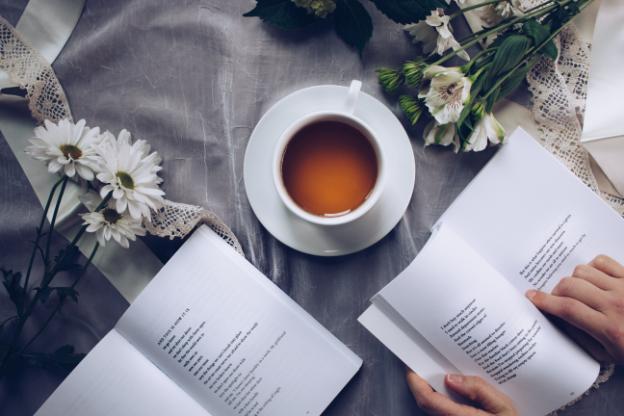 Latin America poetry began to garner international recognition in the 1960s. During this period, a multitude of unique voices gave new life to the literary landscape. But, before that decade, there was a host of great Latin American poets. Thereby, it is imperative to explore poetry from the 1960s. It is also essential to explore poetry that went before and after that period. Having this in mind, we have curated a list of the best Latin American poems. After reading these poems, you will fall in love with Latin America, and maybe want to take on my poetry class and do my assignment for me.

Pablo Neruda was a student of Gabriela Mistral (a well-known humanist, educator, and poet diplomat). Gabriel Garcia Marquez (a prominent Colombian novelist), named Pablo Neruda as the “greatest poet of the twentieth-century in all languages.” Pablo Nerudawrote in various styles. These included historical epics, a prose autobiography, political manifestos, surrealist poems, and passionate love poems. Canto General was Pablo Neruda’s tenth book of poems. This book took him over twelve years to write. The collection provides a comprehensive history of the New World, from ancient Hispanic times to the present world. Inspired by Pablo Neruda’s voyage to the ancient ruins, The Heights of Machu Picchu is the poet’s masterpiece.

Alejandra Pizarnik was a poet from Argentine who was born in Buenos Aires. Her parents were both Jewish immigrants. Alejandra Pizarnik struggled with clinical depression. Added to this, she suffered from amphetamine addiction her entire adult life. Like Sylvia Plath’s poetry, Alejandra Pizarnik’s poetry was also powerful and dark. Alejandra Pizarnik committed suicide in 1972, at the age of thirty-six. After her demise, she left behind a vast assortment of poetic work. Her poetic work was both surrealist and confessional. The Cage (La Jaula) is one of her most famous Latino poems. The Cage is famous for disturbing closing lines.

Octavio Paz doubled as a diplomat and a poet. For his body of work, He received the Nobel Prize in Literature in 1990. With such tremendous achievements, Paz is still Mexico’s most famed literary figures. Paz’s Sunstone (Piedra de Sol) is one of the most famous Latin American poems. This poem addresses themes such as death and prurience. It also makes direct references to the Spanish Civil War and Mexican culture. The poem’s peculiar structure is like that of the Aztec calendar, or sunstone, which explains the title.

Sor Juana was a composer, poet, philosopher, a catholic nun and self-taught scholar. She lived during Mexico’s colonial period. A dedicated advocate of women’s rights and education, many individuals in modern society still view Sor Juana as a feminist icon. Her candid opinions granted her names such as the “Mexican Phoenix” or “The Phoenix of America.” An extract from You Foolish Men Who Accuse, one of her most famous poems is in small print on the Mexican 200-peso note.

Nicolás Guillén was a poet from Cuba. Guillén is famous for incorporating the rhythmic sounds of Son Cubano into his poetry. Son Cubano is a genre in music that combines elements of African and Spanish origin. Guillén’s communist traits and his membership in the Communist Party caused his exile from Cuba in 1953. He returned after the Cuban Revolution in 1959 after Fidel Castro invited him back. A lifelong communist sympathizer, Guillén became one of Cuba’s most valued national poets. His poem Guadalupe, W.I., Pointe-à-Pitre discusses the class division that existed in that period.

6. The Ten Commandments of the Artist (Poet: Gabriela Mistral)

From Chile in South America, Mistral was a humanist, educator, and poet-diplomat. In 1945, she received the Nobel Prize in Literature, becoming the first Latin American poet (and woman) to receive a prize of this nature. Her Latin American poems gain their inspiration from powerful emotions. Her poems highlighted a tight friendship which she formed with a railway worker. This friendship was a significant episode in her life. The death of her friend in 1909 marked her life, as well as her work. She never got married, and loss and isolation became major themes in her poetry. According to https://theculturetrip.com/south-america/articles/7-poems-that-provide-the-perfect-introduction-to-latin-america/, The Ten Commandments of the Artist (Decálogo del artista) is Mistral’s most celebrated poems. This poem highlights her poetic vision of the world.

Ernesto Cardenel is a social activist, poet, and Catholic priest from Nicaragua. Cardenel has associations with the liberation theology. This theology emerged in the 1970s and sought to merge Catholic teachings with socialist ideology. After his ordination in 1960, Cardenel established an artistic community on the Solentiname Islands. This community still exists in modern society. Regardless of his years of activism and political convictions, Cardenel still managed to pen down Prayer for Marilyn Monroe. Cardenel wrote this poem after the demise of the Hollywood star. It ranks top among the most famous Latin American poems as it highlights the social conditions that fueled her death.

Alfonsina Storni was a poet from Argentina. She lived during the modernist period. Storni was one of the first women to thrive in the male-dominated fields of theater and literature. As such, she developed a rare and precious voice that is still valuable in Latin American poetry. Even though Storni was famous for her poetic works, she also wrote journalistic essays and prose. According to this link, Storni‘s poems featured erotic and feminist themes. Her writing was also considered progressive for the period she wrote in (the early 1900s). Storni wrote her Latin American poem I’m Going to Sleep right before she took her life after a long battle with cancer.

Your Laughter is another one of Neruda’s celebrated poems. The poem opens with the speaker telling his lover that he depends on her laughter more than he does on food or air. The speaker goes on to narrate the troubles he has gone through and how the laughter of his lover has seen him through difficult times. Your Laughter is a poem that highlights a problematic situation, and the one thing that helps the speaker endure it.

Jaime Sabines was a poet from Chiapas, Mexico. He was a medical student that later realized that literature was his true passion. Sabines admired Federico Garcia Lorca and Pablo Neruda. He gained the name “Literature Sniper” because he aimed to transform literature into a reality. His poem The Lovers (Los Amorosos) is one of the well-known, and most recite poems by Mexicans. Verses of the poem have made it in several films and advertising campaigns. The Lovers highlights a universal feeling, love. His poems For my Mother and Introspection are also among the most celebrated Mexican poems.

Well, there you have it. The 10 poems listed above are a great introduction to Latin American culture. These poems are from a range of periods. Thereby, you can see how Latin American poetry has evolved throughout the centuries. You can also see how different poets wrote poems according to the situations that existed in their time.

So, what are you waiting for? An excellent way to learn about Latin American History is by reading the amazing prose and poetry the region has produced.