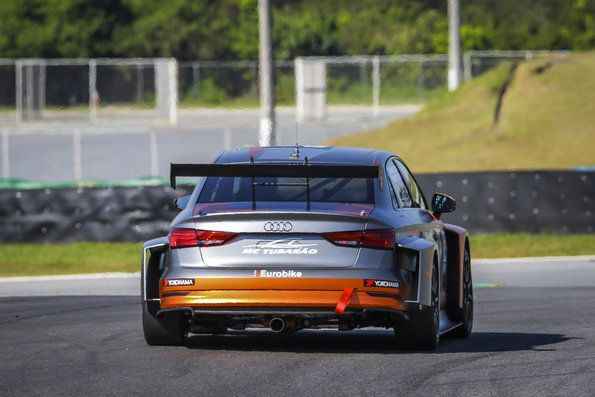 The TCR concept was launched in 2015 and since it represents the ideal platform for customer racing, it has been seeing marvelous growth. Being focused on offering teams and manufacturers opportunities, the customer-oriented series managed to establish itself as a prosperous and lucrative motorsport business in just three years.

Fans all over the world will gather this year to watch the debut of the South American TCR championship. It’s easy to understand the universal attraction towards this series as it is filled with thrill, speed, perfection and the awaited sporting bets.

The owner of the TCR concept and president of the WSC group has addressed his wish of exporting the championship to South America, as the region is very supportive of Touring Car competitions which have been gaining popularity.

Eight events will develop over the territory of four countries: Argentina, Brazil, Chile and Uruguay. Two races are designated per each event.

The first three events will take place in Brazil. From 22 to 23 of May, this spring will present the first event taking place at the Autodromo Internacional Ayrton Senna, Goiânia. The inauguration of the summer season has scheduled the second event on 12 and 13 of June at the Velopark, Nova Santa Rita, followed by the third event on 24 and 25 July at the Autódromo Internacional de Curitiba, Pinhais.

Uruguay will be hosting TCR’s 4th event on 28 and 29 of August at the Autodromo Eduardo P. Cabrera, Rivera.

The Argentinian locations are yet to be announced. The 5th event of the TCR will take place on 11 and 12 of September, the 6th on 2 and 3 of October while November 13 and 14 will be bringing the 7th event.

The location and dates of the last event have not yet been announced. The reveal will unveil if Argentina or Chile will be holding the 8th event.

Some of the most awaited events at the moment are the two long runs taking place in Argentina and Brazil, where two drivers will be participating per car, one owner and one guest.

Amateur pilots that don’t have motor racing as the main profession will be awarded special trophies. The young people up to 25 years old who haven’t competed in touring cars competitions so far will be battling for the recognition of the best rookie.

In late August of 2020, the list of entry applications was published. The excitement and interest towards the championship was quite noticeable as the promoter received 35 pre entries from teams of various countries from the Americas such as Argentina,Chile, Mexico, Brazil, Paraguay, Peru and Uruguay.

Amongst the pre-entries, the car brands Audi, Honda, Alfa Romeo, Subaru, Fiat and Cupra are six of the diverse brands from the interested teams.

Considering the popularity that the Touring Races are enjoying in South America, we are curious to see the development of the events. Since the championship presents a formidable opportunity for both professionals and rookies, we will have to wait to see who will have a say on the tracks.