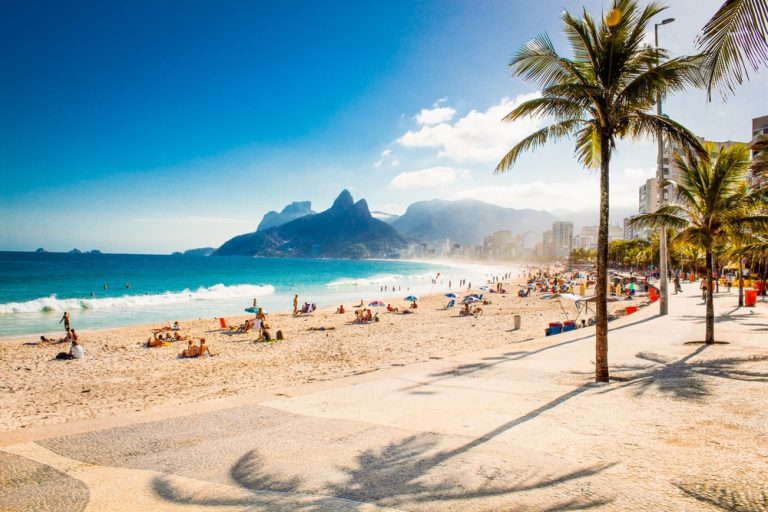 Movie locations can induce people to visit the areas contributing to the increase of visitors in the country and boosting tourism receipts. It is a viable way of promoting a region’s attractions. Latin America itself has its share of famous seaside sites that were featured in several films. Endowed with amazing landscapes, historical landmarks, pristine beaches, and cultural diversity, Latin America has been the backdrop of many films and movies.

Remember Troy, an epic historical movie released in 2004? The adaptation of Homer showed the assault on Troy. It was filmed in Mexico and Malta. However, the bigger beach scenes were shot in Cabo San Lucas at the southern tip of Baja California. The resort city is renowned for its expansive beaches, aquatic activities, and lively nightlife.

Blessed with a tropical desert climate, it is possible to stay outdoors most of the time as the weather is great nearly the entire year. Don on your favorite bikini or swimsuit, get that tan, or chill out at Cabo’s main beach, Playa El Medano. Discover regional cuisine at the many outdoor restaurants and bars and hang out with the locals at its numerous bars. Walk past the marina and you will reach Playa del Amor or Lover’s Beach with its white powdery sands and turquoise-colored water. Adjacent to the beach is the Arch of San Cabo, a distinctive rock formation. With such beautiful landscapes and tranquility, it is no wonder that Cabo is popular among filmmakers.

Master and Commander: The Far Side of the World starring Russell Crow tells of the story of Captain Jack Aubry during the Napoleonic Wars. The epic warship battles were filmed in the Galapagos Islands, famed for their remote location and magnificent fauna. Stay on live-aboard boat cruises and explore the islands with ease or book an accommodation on land. Get up close with the Galapagos land iguana, giant tortoise, and Sally Lightfoot crabs, some examples of animals that you’ll only find in the province. Don’t forget that the area offers incredible beaches such as the powdery white sands of Santa Cruz Island and San Cristobal. On Isabela Island, explore majestic volcanoes and lava tunnels amidst the background of a stunning sea.

If you have followed the Fast & Furious series, you might have noticed the setting of the Fast Five released in 2011. Shot in Rio de Janeiro and Puerto Rico, the final scene was in Brazil’s Copacabana Beach where the heist team walked after rescuing the main character, Dominic Toretto. The filming crew also captured footage of Christ the Redeemer and the Sugarloaf Mountain.

Stroll along the 2-mile stretch of gorgeous sand in Ipanema, relish the background mountain views, and enjoy the beautiful cobalt-colored waters. If you’re up for it, play a game of volleyball with the locals, meditate or stretch on the sand. There are plenty of reasons why Rio’s best beaches are packed and teeming with life.

The power of movies cannot be underestimated. Film locations persuade and inspire people to visit places they have seen in movies.