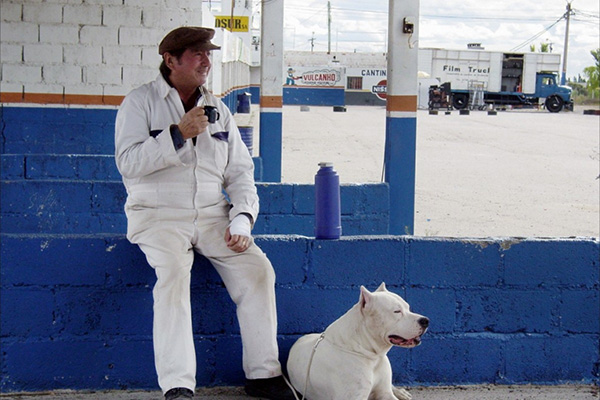 While the majority of dog breeds we see these days have European or American frontier origins, Latin America has actually been the home of a surprising number of great breeds. Whether you’re trying to get closer to your family’s roots, researching breed characteristics to assess the benefits of pet health insurance, or you’re just interested in breed divergence it’s an interesting subject and there are some excellent breeds available.

So, let’s hop to it and we’ll show you 5 of the best dog breeds coming from Latin America.

While they have a surprising reputation for ending up in purses, chihuahua are actually an ancient dog breed originating from Latin America. While common these days, they’re actually the smallest breed of dog which is recognized by most conformation shows where their ideal weight is generally considered to be between 4 and 6 lbs. Chihuahuas have unique calorie needs as well.  The average adult Chi weighing in at 7 pounds would need about 280 calories per day. The Chihuahua dog food should be high in protein, moderate in fats, and low in carbohydrates. And of course, they can easily fit in various bags or purses for easy transportation.

Of course, there are much larger chihuahuas out there, they range up to 10 to 12 pounds. These can actually still be purebred dogs, they just aren’t acceptable as show dogs since their size is so much greater than the average.

While they’ve been bred as companion dogs since the start, Chihuahuas are very fragile and can be rather aggressive. The exact temperament depends on the dog in question but as a general rule, they’re not suitable for homes with children because of this. You can choose to have one if you keep a calming treat for stressful occasions. Look into CBD chews by KarmaPets on https://karmapets.org/products/calming-treats-for-dogs.

Still, they’re a fascinating breed with a longer history than most of the Western dog breeds which are available.

The Dogo Argentino resembles a pit bull and it’s no coincidence. The breed was originally descended from the imposing Cordoba Fighting Dogs. These ancestors of the modern breed were large, aggressive, and very willing to fight to the death in dogfighting pits which contributed to the breed’s extinction.

On the other hand, the Dogo Argentino is a social, happy dog which is suitable for families of all sizes. They’re highly intelligent and have even been used as working dogs in areas like search and rescue.

The Dogo Argentino was actually bred specifically to be a cooperative hunting dog. While it retains many of the physical characteristics of its dogfighting ancestor the Dogo Argentino breed is renowned for being well-socialized and even-tempered.

They look similar to a sized-up pitbull and exceptional members of the breed can reach 90 to 100 pounds and stand 27 inches tall at the withers. Still, these imposing dogs are renowned for qualities other than those of their ancestors and these days can even be found used as guide dogs for the blind.

The Mucuchi is a sheepdog breed which originated in Venezuela. They’re also used as a guard dog to this day.

Indeed, the Muchuchi is a famed breed in Latin America. Simon Bolivar, who led many of the Spanish colonies to independence in the area, was constantly accompanied by a Mucuchi named Nevado. The legend tells that the dog refused to let Bolivar and his army enter a mansion, refusing to move from their path until the master of the home came forward.

The dog fought alongside Bolivar in wars until he was killed during the Battle of Carabobo.

The breed is famous in Latin America and it’s easy to see why. They’re loyal and instinctively guard their people and stand 22 to 28 inches at the shoulder with an upper weight of around 100 pounds.

These impressive, imposing dogs have a long history in Peru. While not suitable for all families their special qualities still make them an excellent companion for those who have the time and skill to socialize them properly.

The Pampas Deerhound is found across Latin and South America. It’s an interesting breed, similar in build to a greyhound and has been used both as a companion and for hunting in the region for centuries.

They have yet to be recognized on an international level as a breed of their own but these dogs have a variety of characteristics that set them apart from other hunting hounds in the area. While hunting with a dog can help, you must have some good scopes which will make your overall experience far better. ShrewdHunter.com has curated a list of some good scopes for Coyote hunting.

Their origin is still a bit mysterious. People are mixed on whether they were originally a native dog to the region or a mix produced after the Spanish Conquest. The current research tends to believe the former is the case as the breed is spread across large areas of Latin and South America.

These dogs are still often used as hunting dogs. While they resemble a sighthound superficially they have a keen sense of smell and an incredible amount of endurance, they’re most often used to track boar and deer.

They’re also excellent companion dogs. They’re renowned for being quiet, gentle with children, and fiercely loyal to their owners.

While not yet recognized internationally, the Pampas Deerhound is a truly unique dog and efforts are consistently being made for their recognition at higher levels than their native Brazil.

The Fila Brasileiro, or Brazillian Mastiff, is a large dog that fits in neatly with the various types of Mastiff spread around the world. They seem to have been bred primarily from English Mastiff and bulldogs, creating a heavy, intelligent dog that was favored by cattle ranchers in the area.

Despite their intimidating size, this breed of dog is also incredibly agile. They were often used to hunt animals like jaguar in the past, where their great strength and instincts would lead them to hold the large cats by the neck.

While not suitable for most people, they remain an impressive example of a Latin American dog that shouldn’t be overlooked when studying the canines in the region.