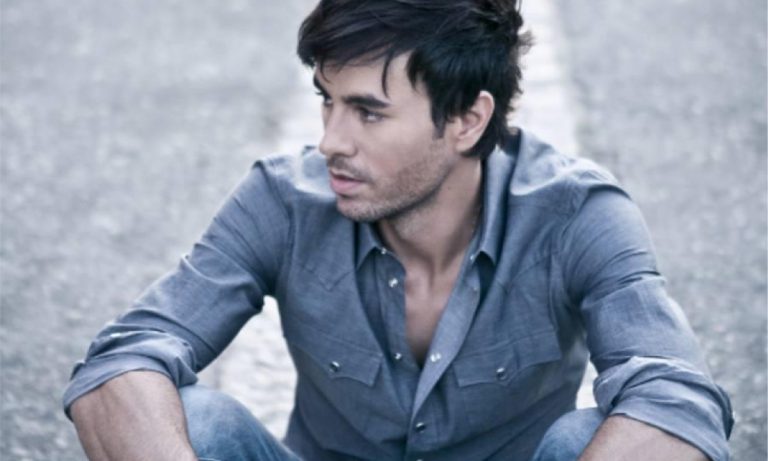 Enrique Miguel Iglesias Preysler, a Spanish-pop singer and songwriter, was born on May 8th,1975 in Madrid, Spain. His childhood was great, until his grandfather was kidnapped when he was age 8. Iglesias was sent to Miami to live with his father for security purposes. It was still not easy as he has had a strained relationship with him and ended up being raised by his nanny.

He has experienced a lot of traumas, and fast-forward to the beginning of his musical career, he did most work by himself despite being a musician’s son. You wonder if he’s ever thought of suing for post-traumatic stress disorder. It must be hard for one person to bear through all this.

However, nothing has stopped him from pursuing his musical dreams. He secretly started composing and doing live performances at the age of 15. He diligently followed his father’s footsteps Julio Iglesias, and in 1997, he won his first Grammy Award for the Best Latin Pop Performance.

Pop artists are well known for releasing hit songs and disappearing. This tendency is not likened to Enrique Iglesias. Since 1995 he has been among the finest Latin music composers and performers, not leaving behind his ability to speak and compose in English and Spanish, which has enabled him to sell millions of his music records worldwide.

This song marked the onset of his musical career in his debut album of November 1995. It also won the Pop Song of the Year at the Lo Nuestro Awards. At this moment, Latin music met gospel, and his fans couldn’t help but come out in large numbers to support his becoming.

He caught the Irish boy band, Boyzone’s attention, who recorded a cover version of it with the title “Mystical Experience.”

The mid-tempo ballad features the American songbird Nicole Scherzinger, and their voices compliment each other to birth an electro pop melody that makes it into Enrique’s most seductive songs.

This song was released by Universal Public Records as the sixth single of his album in 2014 and made it to the top of the US Latin chart for 41 weeks. Bailando was later remixed into an English and Portuguese Version that has sold internationally and won three Latin Grammys besides numerous billboard honors.

The dance-pop single blew up on radios in 1999, reaching number one on the Spanish Single Charts. It was part of the soundtrack Wild Wild West(1999) and was accompanied by videos that make the song more memorable in Spanish music history. The success of “Bailamos” earned Iglesias a multi-album deal with Interscope Records that helped him climb a notch higher in his musical career.

From Iglesias’ first bilingual album, the song “I Like It” has featured the American rapper Pitbull. It is included in the official soundtrack to MTV series Jersey Shore. The piece was also made the song of Airtel Champions League Twenty20 , and 10 million copies have been sold worldwide, becoming Iglesias’ first solo top five hits after missing out on the position for eight years.

Will the King of Latin Pop Lay Down His Mantle?

Being popular in both the Latin and English-language music markets, the musician has already left a legacy that few can match. He has built an international fan base, impacting lives with his sensational music, leaving many longing for more. His hard work has been evident over the years, in collaborations and releasing of an album after another with very captivating storylines.

He has also partnered with other artists like Pharrell Williams at the X-Factor program in conducting upcoming artists’ mentorship. Furthermore, he has skillfully built his net worth to $100M through music. His name will barely fade over the centuries. All ages have embraced his music, and will hopefully be passed from one generation to another.