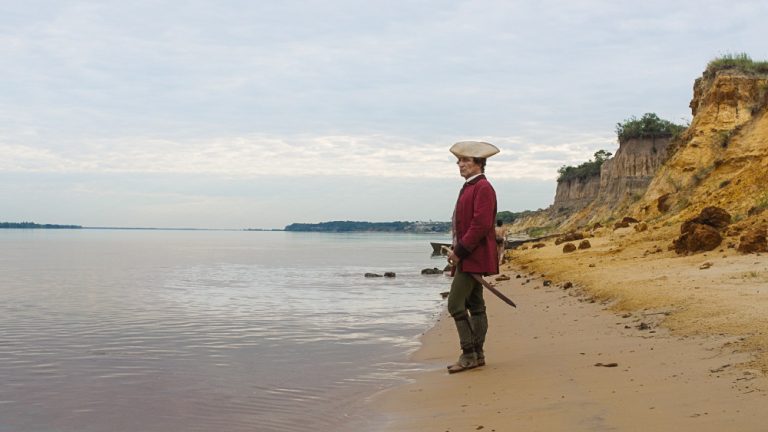 5 Movies from Latin American Directors That You Shouldn’t Miss

The Latin American film scene is full to the brim of amazing films produced by extremely talented directors that deserve worldwide recognition. If you like romances, thrillers, comedies or casino films with an ambiance resembling an online casino like platincasino.co.uk, there’s plenty of films of all genres for anyone, so for sure there will be a movie you enjoy. Here is a list of 5 great films by Latin American directors that will not leave you indifferent.

The great Guillermo del Toro is a titan of horror films. He is a Mexican director, screenwriter, and multiple Academy Award winner. “Nightmare Alley” is a 2021 neo-noir psychological thriller. It is an adaptation of the 1946 novel with the same name by William Lindsay Gresham, about the darkest aspects of showbiz. The main focus is a carnival full of shady individuals and straight-up criminals. It has positive reviews, scoring 7.5/10 on Rotten Tomatoes.

Lucrecia Martel is an Argentinian director and screenwriter whose works have been featured at international film festivals, including Cannes and Venice. “Zama” is a 2017 period drama about the existential crisis of an official stagnating in his life and trying to reach his dream promotion. It is also based on the 1956 novel of the same name, authored by Antonio di Benedetto. The film received widespread acclaim from film critics and movie lovers alike, scoring high ratings.

The Mexican director and producer Alejandro González-Iñárritu is best known for his psychological films about the human condition. “Birdman or (The Unexpected Virtue of Ignorance)” is a 2014 black comedy written and directed by him. It is about a washed-up Hollywood actor best known for his role as the superhero “Birdman”, trying to make it big on Broadway. Generally lauded by both critics and moviegoers, the film was very successful. The Guardian called it one of the top 50 films of the decade.

“The Siamese Bond” by Paula Hernández

Paula Hernández is an Argentine actress, screenwriter, and director. “The Siamese Bond” is a 2020 drama directed by her and Iván Gierasinchuk. It explores the strained and complicated relationship between mother and daughter after receiving a house as an inheritance. Appreciated by critics around the world, it has won several awards as well as scoring 7.1/10 on IMDb and 3.8/5 on Letterboxd. Despite its quality, not many people seem to know about it, so check out as soon as you can!

The Mexican filmmaker Alfonso Cuarón Orozco has dabbled in many different genres, from drama to romance, fantasy, and science fiction. He directed “Harry Potter and the Prisoner of Azkaban” in 2014. In 2018, he directed, shot, and co-edited the drama film “Roma”. It is about the life of an indigenous live-in maid in the Colonia Roma neighborhood of Mexico City, and her relationship with the family she is employed for. Released to great success, the film has a touching story.

There are many more great films by Latin American directors. Some honorable mentions are “No” by Pablo Larraín, “Gloria” by Sebastián Lelio, and “Neighboring Sounds” by Kleber Mendonça Filho. The language barrier should not stop you from enjoying great and powerful stories from Latin America, as well as across the globe.