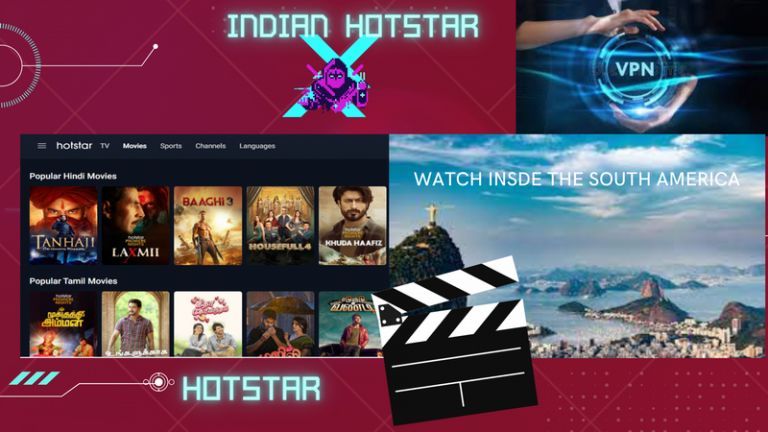 5 Must-Watch Movies on HotStar & How to Access Them in South America?

Hotstar is among the most famous Video-on-Demand (VoD) services out there, entertaining millions of its viewers’ mixed moods and interests. The VoD provides multilingual movies in Hindi, Bengali, Telugu, Malayalam, Tamil, Marathi, English, Kanada, and 100,000 hours of its TV content.

Expatriates living in South America are on the lookout for how to unblock Indian Hotstar in USA. Sadly, Hotstar blocks its content outside India due to licensing and copyright agreements with the production houses and distributors. As such, you will need to indulge in some region-hopping!

Luckily for you, innovation in technology and research break such barriers internationally by providing a worrying-free solution to access streaming services from anywhere in the world. This solution comes in the form of the “Virtual Private Network” or VPN tool.

To access your favorite TV shows/movies on Indian Hotstar in South America, you will need a VPN that offers Indian IP addresses. Please scroll down for easy steps to learn how it will work.

2.       Download and Install the VPN app on your preferred device.

3.       Connect to the Indian region from the servers list menu.

4.       Visit the official site hotstar.com or their mobile apps.

5.       Select your favorite movie or a show from the list of thumbnails.

Further, VPN usage is broad and serves a variety of other purposes. It is widely used for remote working in Corporate entities to maintain robust privacy and security in the digital world. Also, it is successful in unblocks other streaming platforms like American Netflix, Prime Video, Disney+ and more!

5 Must Watch Movies on Indian HotStar

Hotstar has established a prominent image in the Bollywood film segment for disseminating a comprehensive collection of Indian movies in 9 different languages. Here is a list of the five best movies to check out on Hotstar to satisfy your binge-watching cravings!

The film maintained an overwhelming response and grossed USD 14 Million worldwide in three days of its release. This is a perfect treat to watch and get entertained through a Hindi language adventure comedy movie that will make you laugh till the end.

Bangalore Days is a Malayalam language romantic film, written and directed by Anjali Menon and co-produced by Anwar Rasheed and Sophia Paul. This film has received three Kerala State Film Awards, which is evidence of its success and popularity!

It follows the story of three cousins who dream to live in Bangalore and once they finally make it, they realize their true potential. It’s a journey of self-discovery that most people will appreciate. The film’s total gross collection was about $6.3 million worldwide!

A Bengali language must-watch movie, directed by Manas Mukul Pal and produced by Avijit Saha. The story depicts two brothers, a 10-year-old Gopaal and his kid brother Chhotu from a low-income family in a Bengali village.

The story is close enough to our practical life; when their father meets an accident and all of the mother efforts go in waste when she was unable to feed their sons. Gopaal started to hunt earning ways for money and gets into odd jobs.

The story depicts Gowtham – an unemployed youth, who suffers from anger issues, falls in love with Tara, an independent and practical-minded girl. As time goes by, Tara has to make a tough call, and Gotham is left with tougher choices to make. What happens next will surprise you.

5. Tanhaji (Based on a True Story)

Tanhaji, also known as The Unsung Warrior is a 2020 Hindi language action movie based on a true story, directed by Om Raut and produced by Bhusan Kumar, Krishan Kumar, and Ajay Devgn.

Tanaji was declared as one of the highest capital movies so far in 2020. In the film, the character Aurangzaib captures the Kondhana Fort, Ajay Devgn as Tanahji Malusare.

People residing outside India have strong interests in binge-watching Bollywood hit movies. Luckily,  a VPN helps bypass geo-restrictions on the desired content from streaming platforms like Indian Hotstar. So, if you haven’t got one yet, it’s perhaps time you do!