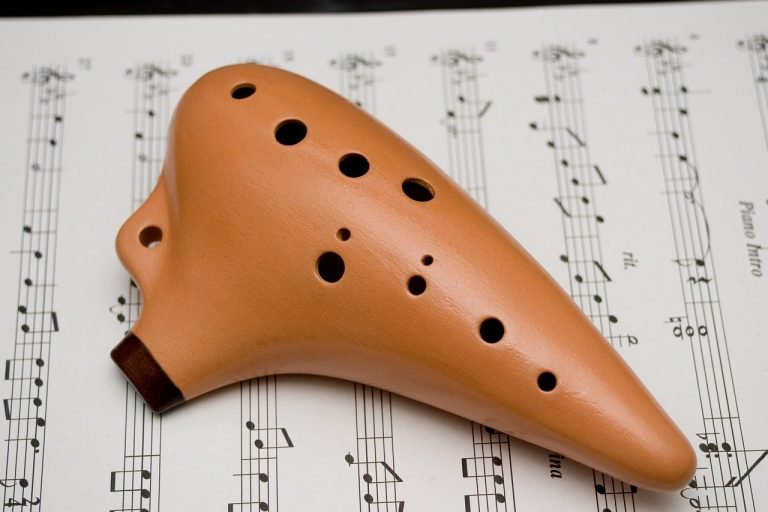 Latin America is a blend of African, European, and native cultures. Because of that, it has a colorful and distinctive unique culture that is easily recognizable all over the world. That uniqueness has influenced the creation of music styles, dances, and musical instruments that cannot be found anywhere else.

Each of the countries has its own traditional music instruments. They represent the culture of the place in the best way. Some rare gems can be found, and that is why this list of 6 of these uncommon instruments you may find useful and interesting.

This is one of the most distinct-looking and, at the same time, the most simple musical instruments that originated from Latin America.

The Clave has a shape of a wooden block whose size is as of a large cigar. To create a sound, two claves are hit against each other. It can be most commonly found in Cuban music, and it has a particular rhythm that carries its name.

An Ocarina is an ancient wind instrument and is a sort of a vessel flute. There are variations in the shape, but for Ocarina, it is typical to have an enclosed space with four to even twelve holes and a mouthpiece. Traditionally it is made out of ceramic, but materials that can also be used are wood, bone, and some modern ones like metal, glass, and plastic. As experts from APassant.net stated, Ocarina is one of the most unique wind instruments. It is true since it belongs to a very old family of instruments. Some of them were believed to date back even over 12 thousand years ago. They were most commonly used in Mesoamerican cultures, although there are reports that they were of great importance in China as well.

Antara is yet another wind instrument. It can also be called Siku. The most common musical genre that uses it is called Sikuri, which is a tradition made out of this Andean Panpipe. The sound that it creates is wonderful, although the instrument itself is not easy to play.

Its appearance can resemble bamboo flutes that are glued together vertically. Together they would form one instrument. Pipes are made to be of different lengths, thus creating different sounds, and are tied together with one or two strips. On one end, the sound is highest-pitched, while on the other, the lowest-pitched.

Music that is created can be symphonic when combining the sound from all tubes.

An instrument that is of Brasilian Origin. Reco-Reco is also known as Guacharaca or Guayo in Latin America. This instrument was traditionally made by a wooden piece that has cuts on its surface. The way it works is by using another wooden piece that looks like a stick and presses it and moves it against it, well, those cuts.

The sound that is produced is marvelous. There is a modern version of the instrument as well. The whole setup is made out of metal, and spring has a role of cuts on the surface. Instead of the stick, you would use a small metal rod.

The modernization of Reco-Reco has resulted in a higher volume of musical notes and even better sound.

In the late 19th century, Marimba was made. It originates from Guatemala and Mexico. It is made out of metal bars that are hitting rubber or yarn mallets, and that way, it produces a sound.

So the sounds would be different from each bar; they are made in various sizes and shapes. It has more variations of pitches than a traditional xylophone. People that play it are called Marimba Players or Marambists.

This instrument is handheld, and it is played if you could imagine how the washboard would. It is called the Güiro. It looks like a hollowed-out piece of wood or metal whose shape is cylindrical. It has several grooves that are running horizontally down its side. There are differences between Güiro and Reco-Reco, even if at first glance it may not seem so.

Firstly, Güiro is played with a stick that has the shape of a small bow, and secondly, the sounds are not the same. When hit with the stick, the sound can be amplified because it has a hollow inside. Even though it has originated in Cuba, its sound can be heard in various Latin American countries.

Musical instruments, no matter if they are traditional or modern, are carriers of joy that connect people through music. Those that were on the list are to this day being used and are preferred by the artists.

Since it is a time of easily accessible information, it is nice to see that they are used all over the world and not only in their home countries.