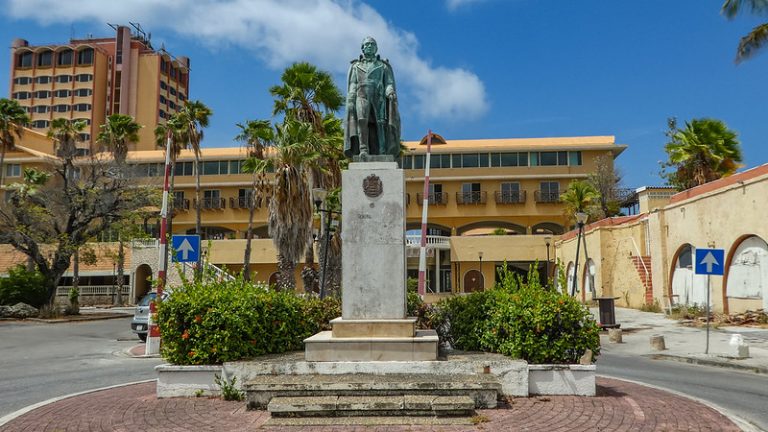 The tiny Caribbean island of Curaçao has much more to it than just an unusual blue liqueur.

Around 65km off the coast of Venezuela lies the southern Caribbean island of Curaçao. Part of the so-called ABC Islands along with Bonaire and Aruba, Curaçao has a charm all of its own and plenty that makes it unique in the West Indies. It may not be as famous as some of its neighbours, but visitors here will be enchanted by the sights, sounds and tastes that await them. Here are six fascinating facts that you may not have known about Curaçao.

1. Curaçaoans Belong to the EU

As a Netherlands overseas territory, Curaçao citizens hold the same rights to live and work in the EU as the Dutch.

2. It is One of the Most Colourful Caribbean Islands

The capital of Willemstad is a beautiful location, full of historical Dutch colonial architecture and a designated UNESCO world heritage site. At one time the buildings were painted white, but now they are a riot of bright, contrasting colours. It is rumoured that one of the island’s governors ordered the repainting of the buildings in order to cut down the sun’s glare. Whether this is true or not, the effect is incredibly striking and unique. The colour often continues inside the houses, as it is a Curaçao tradition to paint the walls red with white spots. This unusual decoration is locally believed to repel flies.

3. Curaçao is a Language and Cultural Melting Pot

Throughout its long history, Curaçao has been invaded and settled by many different peoples from around the world. This fact is reflected in the multiple ethnicities and spoken languages, as well as the eclectic cuisine. The main language is Papiamentu, itself a mix of Dutch, French, English, Spanish and Portuguese. Escaping the inquisition in Portugal, Sephardic Jews began to settle during the 17th century. Curaçao is now home to the oldest synagogue of its kind in the western hemisphere.

4. There are Many Delicious Local Dishes

The cuisine of the island also reflects its varied history, including an abundance of traditional Dutch street snacks. Other local delicacies include sweet treats like pumpkin pancakes and cashew cake, and the famous orange-flavoured liqueur that shares the island’s name. If you are feeling adventurous you can try what the locals call stoba yoana. This stew made from iguana was a fairly recent addition to the national cuisine, popularised as a solution to the reptile’s rampant population growth. Like all good mystery meat, it tastes like chicken.

There are several reefs and wrecks close to the shore that are popular dive sites, including the aptly-named Mushroom Forest. The shapes of the corals at this site resemble underwater woodland fungi – a magical experience. Head over to the tiny uninhabited sister island of Klein Curaçao for more healthy reefs. The fact that the island is below the hurricane belt also helps, as the corals stay relatively undisturbed by turbulent seas.

6. It Produces a Surprising Number of Major League Baseball Players

Our last tiny fun fact is a curiosity. Despite a population of around 160,000, there have been 16 Curaçao-born MLB players over the past three decades. That means the most players per capita of anywhere in the world. The sport gained popularity when Hensley ‘Bam Bam’ Meulens made his debut for the New York Yankees in 1989, and since then many have followed in his footsteps.