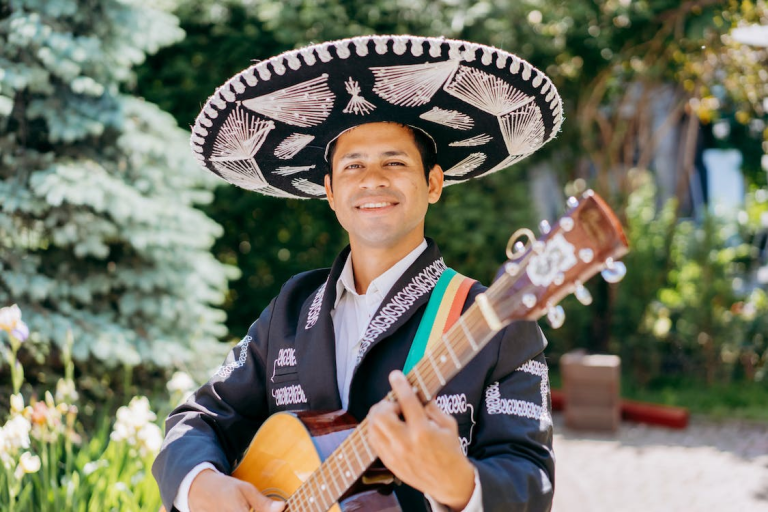 Snoop Dogg posted a song about weed in Spanish on his Instagram account in late 2017, and the public loved it. Corridos Verdes’ popularity has grown since Legado 7 headlined the Smoke Me Out Tour in LA.

The subgenre translates to ‘green ballads’ and discusses a ganja-centric lifestyle. Reinventing familiar melodies, hoodie-clad musicians in cowboy boots sing about loving pot as a Latin American. They aren’t shy about blazing on stage, either.

Novel sounds underpin deep social themes of border life in Corridos Verdes. Mexico sees marijuana as a human right, but many still associate it with violence. Californians are embracing weed, growing feminised pot seeds, and turning an aspect of minority culture into a mass trend. These songs speak of being on the fringes of society in times of mass legalisation.

Want to get political with your music or jam out to springy Spanish tunes? You’ll love these nine bands.

Legado 7 is a California-based Mexican regional group best known for their Spanish songs about smoking weed and gangster aesthetics. They debuted in 2016 and have gained the reputation of the original Corridos Verdes ensemble.

The band’s folky norteño sound underpins discussions of serious topics. They sing about the marijuana trade in Orange County, calling for justice and racial equality. Fittingly, new albums come out on 4/20 each year.

Enigma Norteño broke out with a 2010 hit ‘El Ondeado (M1)’, a song about a drug cartel lord from the band’s native Culiacán. They continued producing Mexican songs about smoking weed, reaching international audiences.

The group’s light sound follows historical and contemporary topics. They also touch on love, both happy and tragic. Titles like ‘Chavo Felix’ and ‘Iván con Viene’ are proper history lessons to get you thinking once you finish vibing.

T3R Elemento is a Mexican regional group from Las Vegas that started with traditional ballads on the guitar and harmonica. The members later embraced revolutionary corrido epics and narcocorrido tales of drug smugglers.

Alfredo Ríos ‘El Komander’ is king of the altered corrido. He’s been a lover of music from a young age, formally studying singing, guitar, and composition. Upon finishing his education, he played traditional instruments before diving into the alternative stage.

He’s since introduced danceable rhythmic bases to his songs and delved into historical topics. These corridos about weed and migrant hardships made El Komander a leading voice in the Mexican subculture.

Grupo Codiciado is a Tijuana quintet featuring members from diverse backgrounds. The five met in California in early 2015 while seeking music careers. They connected through a shared vision of upgrading traditional corridos with electrified and funky sounds.

Fuerza Regida is another California-based quartet and one of the main propagators of regional urban music style. Their acoustic melodies underpin gritty lyrics about crime, politics, and weed in Latin America.

The polka-based corrido tunes mask deep chronicles of Mexico’s drug-fueled discord. The band also plays a social role, communicating with fans on both sides of the border. Hints of reggae to their trademark sound add a playful mood to their justice themes.

The group recently debuted with a series of songs about weed in Spanish, describing current lifestyles against a traditional backdrop. Besides giving a voice to minorities through music, they partake in local communities through solidarity projects.

Quintero got playful with Corridos Verdes in 2018. The hit single ‘Quiero Andar Al 420’ sees her embracing her love of ganja.

These Mexican songs about smoking weed celebrate the camaraderie of passing the joint, and their chill sounds pair perfectly with a blunt. They also touch on significant issues of the Drug War and life on the border. As the genre evolves, they’ll offer stoner takes on more topics, from youth issues to love and relationships.

Why not celebrate your love of ganja with these melodies? Buy seeds, play them as you grow weed, and sing along once you get high.