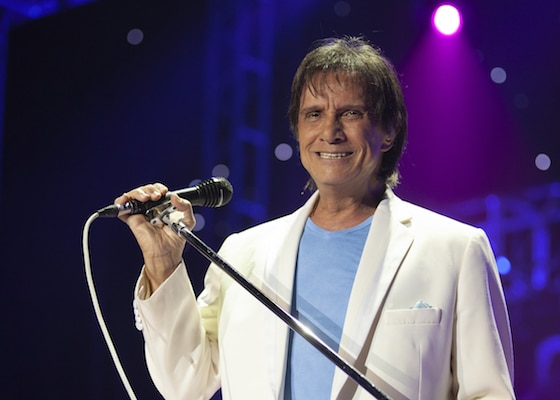 Roberto Carlos is known affectionately by his fans as The King. He was arguably one of the most influential musicians in Brazil during the 1960s and has been a source of inspiration for numerous artists and bands all the way till the 1980s. But how did this artistic genius reach here? Let’s find out.

Roberto Carlos Braga was born in Cachoeiro de Itapemirim on April 19, 1941, in the southern part of the Brazilian state of Espírito Santo. He’s the youngest among the four children parented by Robertino Braga, a watchmaker, and Laura Moreira Braga, a seamstress.

When he was six years old, Roberto was hit by a steam locomotive during the feast of St Peter, the patron saint of Cachoeiro do Itapemirim. His right leg had to be amputated just below the knee and he still uses a prosthesis, which he avoids talking about.

Roberto’s mother first taught him guitar and piano; he perfected them at the Itapemirim Music Conservatory. At just 9 years old, when many people were interested in choosing the best Roulette odds, or they tried free spiny bez depozytu, Roberto got to perform at a children’s show broadcast by Rádio Cachoeiro. He won the first prize and went on to become a regular at the show.

Roberto Carlos entered the spotlight as the main figure of the 1950s and 1960s musical movement known as Jovem Guarda (Young Guard). The name Jovem Guarda became closely associated with the Brazilian pop rock movement and since then Roberto Carlos has been called “O Rei” (the King).

He was always interested in promoting young music and rock. He initially just covered some versions of hit songs. But when he released his own song “Parei Na Contramão”, it became a hit. The next year, he got another mega-hit with his album “É Proibido Fumar”.

That is when the Jovem Guarda TV show was born. Robert hosted the show with Erasmo Carlos and Wanderléa. The program further made the rock movement in Brazil popular and during its span, Robert released two more hit albums “Roberto Carlos Canta Para A Juventude” and “Jovem Guarda”.

After that, Roberto Carlos went on to release many more hit albums, star in many movies, and host many more TV shows. In 1967, he had his first performances abroad, in Cannes with participations in several Brazilian Popular Music festivals.

His 1968 album “O Inimitável” had influences in US black music (soul/funk) and had multiple hits. The following year, Roberto Carlos became the only Brazilian singer to win the Festival of San Remo in Italy.

To celebrate his 50th career anniversary on July 11, 2009, Roberto Carlos performed a major show at Maracanã Stadium in front of an audience of 70,000 people. His career anniversary was also celebrated with a major exhibition in the Lucas Nogueira Garcez Pavilion in Sao Paulo. The Interactive expo was opened on March 4, 2010, and displayed the singer’s life and career.