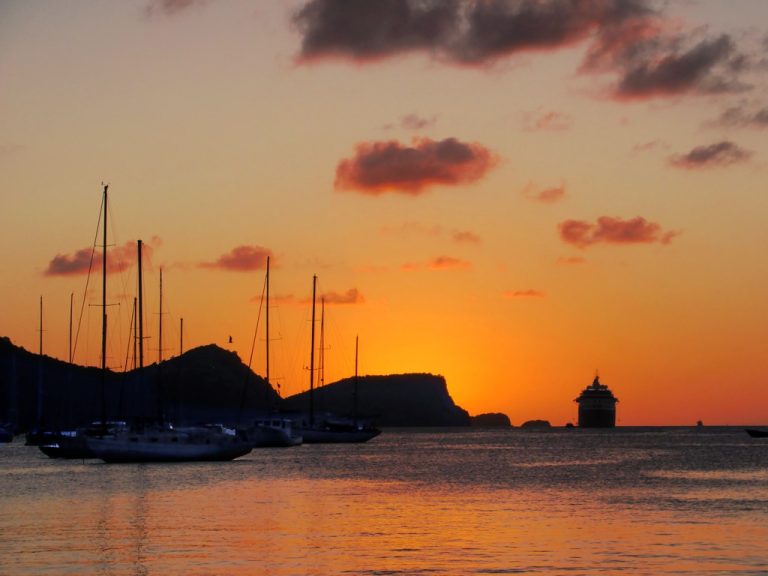 Measuring just 18 square kilometers, the beautiful Bequia is the second-largest island in the Grenadines. Known to locals as ‘the island in the clouds’, Bequia (pronounced ‘beckway’) has fewer than 6,000 inhabitants and has, until now, been off-grid to most visitors to the Caribbean.

With its beautiful white sandy beaches and luscious, green-filled mountains, Bequia has welcomed the odd A-list celeb to take a dip in the deep blue sea from their anchored yacht or to drink at one of its straw beach bars.

It has also played host to royalty, with the Queen and her late husband Prince Philip visiting in 1985. Princess Margaret Beach was actually named after the royal who swam in its waters back in the 1950s. Bequia has been content to keep a low profile in comparison with its neighbor Mustique, the celebrity playground nine miles away, across the dazzling blue ocean.

The One Bequia development

A young Caribbean real estate developer, Storm Gonsalves, is looking to change the idyllic island’s horizon forever. He is planning to create the world’s first Bitcoin community, where cryptocurrency will be taken as payment for everyday essentials such as buying groceries, eating out at a restaurant or even buying a ticket to see a film at the community’s cinema.

The One Bequia development will see the building of 39 luxurious villas with pools, bars, shops, restaurants and a clubhouse, with its own private gym, spa and cinema. Buyers will be able to buy the two to five-bedroom villas with a price range from $1.1m to $2.3m in digital currency or US dollars.

Locals on Bequia will continue to use the Eastern Caribbean dollar, which has Queen Elizabeth II on both its notes and coins. Goods and services will also be offered in dollars, but it’s hoped that crypto-friendly residents will opt to use Bitcoin, Ethereum, Dogecoin or Bitcoin Cash.

Bitcoin is a decentralized digital currency, not beholden to any government or central bank but to a network of computers (blockchain) that regulate its production and value. Bitcoin kicked off the crypto boom when it completed its first transaction in 2009.

There are over 10,000 products on the cryptocurrency list but Bitcoin remains top of the chart for value. It’s a well-known fact that the five most-valued cryptocurrencies make up over 75% of all cryptocurrency value – these include Bitcoin, Ethereum, Dogecoin and Bitcoin Cash.

Investors keep a close eye on the cryptocurrency prices to inform trade, however, Bitcoin seems to be a sure bet due to its consistency in holding top spot. At the time of writing, as measured by market capitalization, Bitcoin holds top position with a value above $24,000.

Ethereum sits in second place with a price of just over $1,900. Cryptocurrency prices for Dogecoin and Bitcoin Cash are lower in value but it’s clear to see that Bitcoin is most certainly the market leader.

Is it just a marketing ploy?

The One Bequia development team, headed up by Storm Gonsalves, the son of Ralph Gonsalves, Prime Minister of St Vincent and the Grenadines, strongly deny that this is a marketing gimmick. Instead, they insist that the acceptance of cryptocurrency payments is becoming increasingly more of a necessity than a ploy.

The One Bequia development manager also stated that if this trend is to continue it will result in small island nations becoming ‘cut-off’ from international trade and commerce. For tourism-based economies, this would be devastating.

It is for this reason that many Caribbean island nations are adopting blockchain and other cryptocurrencies much quicker than other more-developed nations, as a solution to the growing issues. Storm Gonsalves believes that Bermuda, the Bahamas, Barbados and now St Vincent are leading the way.

In March 2021, the Eastern Caribbean established themselves as the first digital currency union in the world, launching DCash across four island nations: Antigua and Barbuda, Saint Kitts and Nevis, Grenada, and St Lucia.

One Bequia are anticipating development of the 39 villas, bars, restaurants and the clubhouse to be completed by 2024. Villas will be equipped with the latest in smart technology and the development team believe they are an attractive investment for those accustomed to investing and speculating on the cryptocurrency markets.