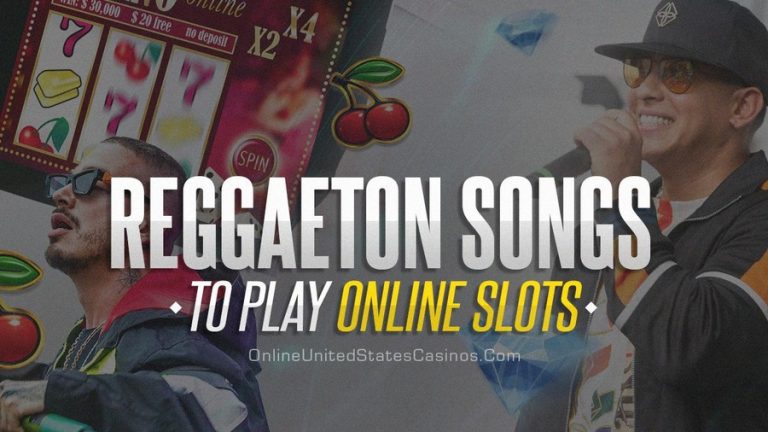 Reggaeton is one of those things many people outside of Latin America know about, but few can define it. It is one of the most popular music genres in the Caribbean, and since the start of the 2010s, it has attained notoriety everywhere. Thanks, Despacito.

It is a Caribbean invention, heavily influenced by American hip hop, and ideally suited for dancehall parties. Another massively famous thing with deep Caribbean roots, about whose origin people are oblivious, are online slot sites. These first perked up in 1994 worldwide, originating from Antigua and Barbuda. Swiftly after their debut, they also appeared operating from Curacao and Panama. The last two Caribbean nations have maintained their status as global real money online gambling hotspots, particularly the territory famous for its orange-flavored liqueur because hundreds of online slot websites function within its borders.

What follows is a bit of advice on blending two famed pastimes, listening to reggaeton, and playing online slots. Hobbies that the Caribbean helped birth, and now the whole world enjoys. So, here is a list of the best reggaeton songs to have when spinning digital reels on quests for online cash prizes.

Remix is a song from Daddy Yankee’s seventh album Legenddaddy. According to its author, it is an allegory to most remixes being better than their originals. Remix is one of the newest reggaeton songs to chart worldwide, hitting the number 147-spot on the Billboard Global 200 chart. Brief intro aside, it starts furiously and keeps the pace going for its entire runtime.

Daddy Yankee and the word remix are back on our list. This time, they complement a song by Brytiago, with this remix version charting in the top ten on the Billboard Hot Latin Songs rankings, a first for Brytiago. It is not as fast-paced as Daddy Yankee’s Remix and is more appropriate for less dynamic online slots.

Callo is a 2018 hit from Puerto Rican duo Wisin & Yandel. It is the third song from their ninth studio album, featuring fellow Puerto Rican rapper Ozuna. Callo stormed the charts, after a five-year Wisin & Yandel absence, given that their last album got released in 2013, five years before Los Campeones del Pueblo, the one this track appeared on and made it up to number 44 on the US Hot Latin Songs standings. If you are listening to it on YouTube, find a version that skips the extensive music video intro.

Interestingly, three songs appeared on charts named Me Gusta in 2018. One from Inna, another from Mikolas Josef, and a third from Natti Natasha. Of course, the latter makes our cut. It stems from the debut studio album of Dominican pop sensation Natti Natasha. Me Gusta charted to the number three position on the US Top Latin Albums standings and propelled Natasha to stardom.

Here is a dose of old-school reggaeton from the third album from Plan B, Puerto Ricans, Maldy, and Chencho. It was the lead single of their House of Pleasure CD, remaining 102 weeks on the Billboard Latin charts, peaking at the eight-spot.

Talking about retro reggaeton, let us mention Ivy Queen’s 2003 jam, Quiero Bailar, which is suitable for cascading slots, where winning combos explode, leaving room for new symbols to fall onto the reel grid. Note that winning at online slots is tricky, but practicing proper bankroll management and maintaining steady bet sizes is essential.

Here is one of the most established reggaeton hits of all time. It reached the number three position on the Billboard Hot Latin Songs and has over a billion views on YouTube. It is a specific pick, suitable for romantic slots like Microgaming’s Immortal Romance.

Calma is another legendary reggaeton song, with the remix version notching over two billion views on YouTube and receiving double-platinum certification by RIAA. It is Pedro Capo’s collaboration with Farruko on his album Gangalee.

El Perdón, forgiveness in English, is a reggaeton track from two artists not from the Caribbean, although Nicky Jam has Dominican heritage. It was the second longest-running number-one song on the Hot Latin Songs Billboard chart and super suitable for light-fare Betsoft reel spinners.

Mi Gente’s beat is addictive, so much so that Beyonce remixed this track. It is a remake of a viral French song by Willy William, but it was the reggaeton version that set the world on fire and is most suitable for slot action.

This article was written in collaboration with gambling experts.