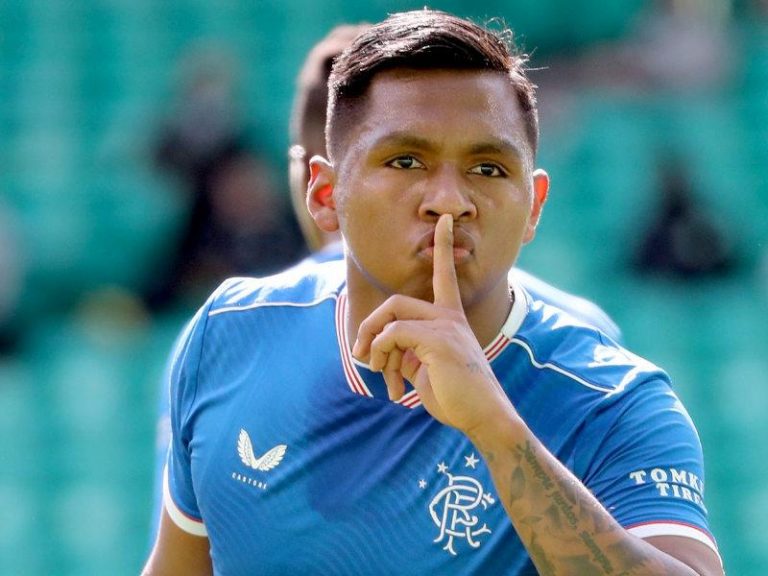 Colombian striker Alfredo Morelos may not be a household name on planet football just yet, but the exciting young soccer player is determined to fix that. Morelos, currently on the books of UK team Glasgow Rangers, recently celebrated helping his current employers win a world record 55th league championship. Now that the man from Cerete has a taste for glory, he’s hungry for more.

Morelos caught the eye with his performances in the Scottish Premiership and Europa League last season. On the back of that title party in Glasgow, the 24-year-old is now aiming to become the next Colombian to dazzle in the world-famous UEFA Champions League. He is maturing and ready to test himself against some of the best in the business. Will that be in the blue of Rangers, or will one of the English Premier League sides that have been tracking his progress finally make a concrete bid in this summer’s transfer market?

The top leagues around Europe may have finished in May in pre-season, taking us through to August, but there’s still plenty to bet on. The top sports betting Canada apps offer odds on the Champions League 2022 winner, Colombia, to win the upcoming Copa America 2021 in Argentina and even Rangers to defend their Scottish Premiership title and make it 56. A selection of sportsbooks even trade on which club Morelos will be playing for on game one of the 2021/22 season.

Morelos has been scoring for fun

Morelos played an influential part in firing Rangers to their first league title in a decade, scoring 12 league goals in 29 games and provided four assists. The stats showed he ended with an impressive 50% shot accuracy. His efforts in Scotland made him a fans’ favourite at Ibrox, but the top teams across Europe, including those south of the border in England, pay more attention to games in Europe where the level of competition is higher.

El Buffalo found the back of the net in front of a huge TV audience during the group stages in matches against Benfica and Lech Poznan. He was on target in the knockout rounds of the Europa League, bagging a goal against Royal Antwerp in a stunning 9-5 aggregate win for his side in the Round of 32.

A young man who loves to silence his critics, he ended his drought in Scottish derby matches by scoring two incredible goals against Glasgow’s second-biggest club, Celtic. It was something opposition fans believed he was unable to do, but Morelos hushed the doubters and, in some style, piling misery on the Bhoys.

El Buffalo robbed of his homecoming

With the confidence that comes from his most successful season as a footballer, Alfredo looks forward to the fast-approaching Copa America. It was hoped he would make an emotional return to his homeland, where he is adored as much for his generous charity work as his sporting prowess, but he was denied that opportunity.

Colombia was scheduled to co-host Copa America before being stripped of that honour following months of social unrest in the South American nation. That was a tough one for fans to take as Colombia haven’t hosted in more than two decades, and the wait now looks set to rumble on. Argentina was to co-host with Colombia but are now likely to apply to be the sole host of the football festival.

Morelos may not get to showcase his skills in front of his people, but that won’t stop him from aiming to fire the Tricolours to what would be only their second ever Copa America title. Their previous success at this level came in 2001 when beating Mexico 1-0 in the final at the Estadio El Campin in Bogota.

The 2021 Copa America begins on 13 June when Argentina and Chile open the show. Colombia kick-starts their challenge against Ecuador two days later in a match they are the favourites to win. They then switch attention to Venezuela on the 19th.

What do the traders make of Colombia’s chances of lifting the Copa America trophy? They are one of the early favourites, perched behind hosts Argentina, the Samba Boys of Brazil and third favourites Uruguay.