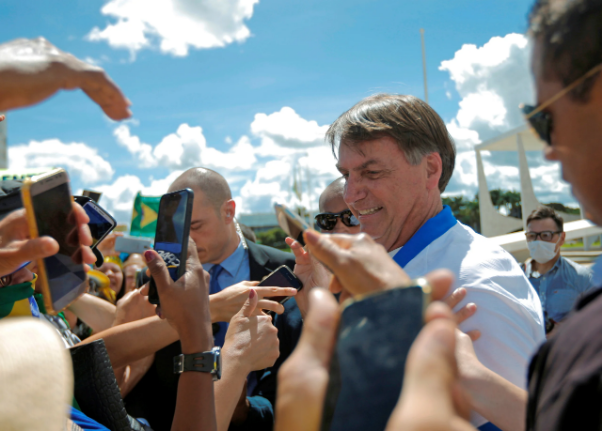 COVID Concerns In The South

Europe looks to be very much on the path to recovery as some countries which were previously the hardest hit in the world begin to reopen and in some instances even prepare to allow tourism to happen once again – sporting fans begin to rejoice as larger events start to get underway once again as the Bundesliga in Germany had a successful weekend as games were played for the first time in two months, betting fans were able to feel a little joy on their favourite services as these ones get great reviews and prepare for more to be played as the Spanish, Italian, and UK leagues also prepare to get underway again – but this great news for one also shows signs of trouble for others – and this is being seen throughout the US, but particularly in the south.

Northern America has been facing a lot of criticism recently for how the pandemic has been dealt with whilst they start approaching 100,000 deaths and continue to remain at the top of the list as the most infected country – but growing concerns are coming from the south as parts of Latin America now see to really be in trouble without the infrastructure to cope – all along the message has been to test as much as possible with the best treatment for the most severe cases requiring ventilation, but in many of these countries testing capacity and equipment for these worst case scenarios isn’t as readily available in other parts of the world and is leading to a disaster that may be much more difficult to deal with that it had been otherwise.

Brazil has risen toward the top of this list – they now hold the third highest recorded infections behind only the US and Russia, but there are many concerns that this number could be up to fifteen times higher than the reported figure due to a lack in testing capacity – there has also been a lot of criticism as the president has dismissed many of the risks which could also lead to a further increase in cases – given how quickly the virus has already been observed to spread and cause damage, Mayor Bruno Covas has suggested that Sao Paulo could collapse within two weeks if it continues to grow as unmeasured as it has. Similar news is also coming through from other Latin America states as Mexico and Chile are dealing with their own issues too – food shortages caused by the lockdown have led to riots breaking out across Chile, and attacks on healthcare workers in Mexico are now being reported too.

Disparity between regions is now being shown more than ever – Italy is preparing for tourism whilst Brazil is staring disaster in the face – it’s clear there is going to be a very staggered approach to economic recovery as different countries are in different stages of recovery, but as some are just now realising the beginning of their battle ahead, the COVID-19 crisis is looking to be drawn out for a much longer period of time than many anticipated. In addition to economic concerns, COVID-19 has also stirred up feelings of anxiety, depression, and other mental health concerns. Online therapy from https://www.betterhelp.com/start/ can help alleviate some of these feelings and help support you during this time.