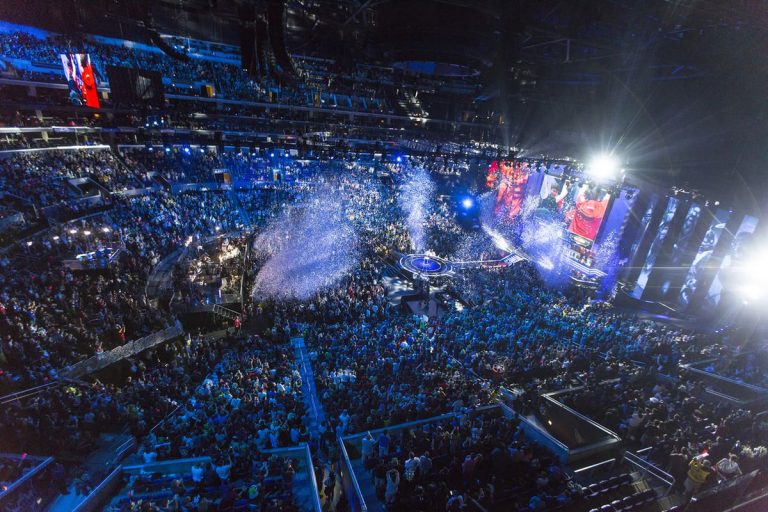 Esports in Latin America Is Poised For Growth, But How?

Esports has the potential to become a global brand. In the meantime, its primary target is Asia and North America. Nevertheless, multiplayer gaming competitions are gaining ground in other parts of the world too.

It’s no secret that esports has become a world-wide phenomenon and doesn’t look to be slowing down yet. Each year the prizes get better and more CSGO gambling sites pop up, allowing you to make real money bets on events and esports matches. The Latin American player-base can do this by visiting some of the top sites at CSGOBettor, where you can find betting markets and the latest esports news.

In a chat with the CEO of Pro Play Esports, Juan Carlos Cortizo, he expressed his optimism that mobile gaming will soon become the major sports platform in Latin America. The Mexico-based company will change the face of mobile gaming when it is eventually released with its 5G technology.

According to the CEO, the bilingual company is determined to capture the Spanish/English international market. When Pro Play Esports’ streaming network is launched in the future, everything will be broadcast on mobile networks.

During the interview, the CEO was asked how he founded the company.  He explained that the company is an offshoot of a previous Latin America-based marketing agency, working with a host of developers such as Activision, Rockstar, and Electronic Arts.  Along the line, brands were asking the company to organize some local tournaments around Esports. Naturally, the process was initiated around 2017.

Next, the CEO revealed that he first pitched the idea with Esports games licensers and developers. They loved the idea and he decided to work on the idea. It took the team about one and a half years to develop the business model such as communication, marketing, and what have you.

When he was asked whether the company’s sole focus is Latin America, he answered in the negative. According to him, Esports currently runs tournaments in North America, Europe, and Latin America.

Esports has what it calls arenas. Through the arenas, the company covers 18 titles and 37 weekly titles in the three continents. The goal is to educate and empower the market on competitive gaming. However, individuals who wish to pursue competitive gaming for fun are licensed to do that while there is no penalty for pursuing it as a profession. Esports empower those who see a career in competitive gaming and want to pursue it.

There is also the major leagues approach.  The first season is the 2019/2020 season, with five titles, and higher prizes than the arenas. The league will have an opening and a closing season. Tournaments will be organized for qualification. Regionally, there will be playoffs too. Each region will produce champions and runner-ups who will travel to another region to participate in the finals. Then, finally, the Gran Champions takes place where the champion of the closing season is pitched with the champion of the opening season for each of the titles.

Esports currently has 25,000 users with the goal of reaching 100,000 users by December. The events are run in two major languages: Spanish and English. However, as the brand gains more popularity, some events will be conducted in local languages. This may be challenging in multilingual continents such as Africa, Asia, and Europe but the company currently focuses on Spanish – or English-speaking North America and Latin America.

Two factors determine whether an event will have a local or a regional focus. These are the type of event and the game type: major league or arena. For instance, Rocket League and Fortnite have local and global events respectively. Thus, some games may be restricted to a region while some are global.

Right now, Esports engages in Challenger Stories, checking players’ background. This involves checking the players’ claims sent to the company. The focus is one who thee players actually are: their profession, personality, and their goals. This will not only empower their tournaments’ underlying storytelling but empower their stories too.

The CEO showed his admirations for big companies that blaze the trail for other industry players. Although he explained that Esports won’t imitate such forerunners, he reiterated his desire to give Esports a global appeal.

Right now, Esports is seen in the same light as other traditional sports but will soon become a global game. Guys in jerseys will play in the arena, a video game. Video games are distinct. They are exciting.

When the major leagues are eventually launched, Esports desires to give players a different experience alien to traditional esports.

Esports is the first company to go big in that region. Latin America has it all: developers, gamers, tournaments-holding private companies, platforms, and sponsors. Latin America will soon grow. It will not only support traditional console games but will be home to mobile games too. With the introduction of tournaments into free-to-play games, the region is prepared for the future. The continent is blessed with players. Their digital media consumption is pretty high. Unfortunately, companies and brands have a zero idea about Esports.

When asked about market growth pace and Esports’ actual value, Cortizo revealed that the company runs a profitable business model from the start. Thus, the company makes judicious use of every dime it earns. It didn’t start on debt with the hope of getting the investment back within five years. Rather, the right partners were brought on board since the first day while giving them confidence that their investment will never go down the drain. Expectedly, the company will grow with time. He attributed the company’s growth over the years to a profitable business model.

While comparing the level of acceptance the company enjoys in Latin America with elsewhere, the CEO is optimistic about the company’s future. According to him, increasing awareness about the company has led to a corresponding surge in viewership. He believes that the brand will succeed in Latin America if the company can leverage the existing brands by delivering a better version of existing games, they will pledge their loyalty to you. Although that may be a bit challenging, it is achievable.

Right now, the company can create a product and deliver it to the market through direct communication. That’s an advantage the company has that can make Latin America be fun for it.

Esports’ 50 employees are predominantly Mexico City-based. The company has plans underway to float offices in the US and Europe very soon.

The company plans to raise fun, although it hasn’t done that yet. It is waiting to find the right partner that will make things happen; partners that won’t only offer financial support, but support the company’s dreams and are familiar with the environment and love it. They are partners that can support the CEO’s vision of becoming a force to reckon with in the industry within the next two or three years.

Cortizo goes further to explain the rationale behind that decision. According to him, the bigger companies are the games’ makers while his company enables the games while providing the big players with another avenue for making revenue, although the big companies will be responsible for their IP.

The primary focus is on the largest countries in Latin America: Brazil, Mexico, Argentina, Colombia, and Venezuela as a result of the huge market potential and accessibility through mobile marketing in those countries.

A recent study shows that mobile will become the predominant gaming platform for Esports games by 2032, thanks to wide adoption of 4G and 5G connections. The latter is expected to become a game-changer in the industry and the world at large. Game streaming will go mobile too.

In the future, bigger shows leveraging the power of Augmented Reality will run side by side with mobile or PC games. People can then watch games from different parts of the world from the comfort of their homes. That will take gaming to the next level.

The company focuses on traditional video games at the moment. These games are playable on traditional hardware while spectators can watch people playing the games. The narrative will change in the next 20 years. The thin line between reality and technology will be obliterated. Then, creativity will take the driver’s seat, relegating technology to the background. That will be the fuel Esports need to keep going.