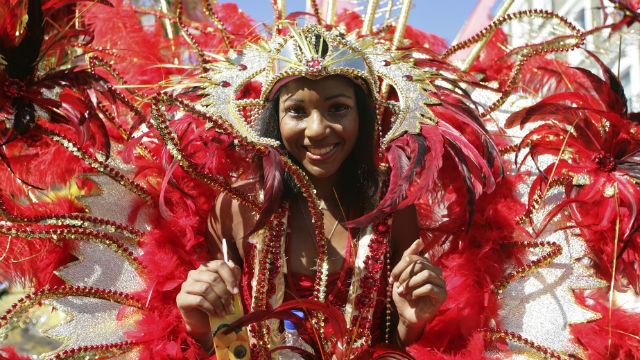 Events in Latin America Worth Visiting in 2020

Latin America is a special place on Earth, with its ancient history, culture, and its memorable unique and vibrant atmosphere, that attracts masses of tourists. In South America, you can have fun throughout the year, thanks to the vibrant holidays celebrated by Latin Americans. In order to come off to the fullest here it is worthwhile to prepare in advance for costs related and take care to choose the most suitable one for you from travel credit cards.

In Latin America, paying for the night, as well as moving between the objects can occupy a significant part of the traveler’s budget. You will also need to think about spending on holidays and various active entertainment. In this world region there are many local holidays, which are one of the most colorful in the world. If you are thinking of going to Latin America and don’t know what time and where it is better to go, learn this guide. Here we will make a list of the most striking events of 2020 in Latin America, so that you can plan which countries are worth visiting at a particular time of the year. This will help you prepare well for the trip, including choosing one of the best credit cards for travel, that will provide you with financial support for your trip.

1. Holiday “Dance of the Devils”

In the small town of Pillaro, Ecuador, every first week of every year there is a costume fest of La Diablad. During this holiday, all locals and tourists dress up as devils. A black, red,  yellow or gold mask with horns is a must-have item. Ecuadorians prepare these masks all year long before the holiday. The task of the participants of the holiday is to dress up and dance to attract the attention of the gods and as a reward get good luck for the next year.

This is probably the most famous and most ambitious Latin American holiday in the world. Every February, Rio de Janeiro turns into one big sambodrome. On the eve of Lent, carnivals take place in almost all Catholic countries, but Brazilian one is the most massive and vibrant. The Brazilian carnival takes place not only in Rio de Janeiro, but also in Salvador on the east coast of Brazil. Dozens of samba schools compete among themselves at a special sambodrome and in its environs.

In fact, parties are held continuously in every district of the city. In Salvador, the street part of the carnival is more numerous, but many parties are paid. To participate in this many hours of festive madness, held under the hot Brazilian sun, you should have credit cards for travel with you to constantly buy drinks and stuff, but do not carry a lot of cash with you, so as not to become a victim of thieves.

From February 9 to 16 in the Chilean Patagonia in the city of Valdivia, which is often called the “most beautiful city in Chile”, a holiday kicks off, which is dedicated to the founding of the city. The main theme of the holiday is the union of land and water, since it is with Valdivia that the land of Chilean fjords begin. A large pyrotechnic show is organized on land, and a parade of swimming equipment on water, many of which resemble sea monsters. Be sure to try the local seafood cuisine.

4. Costume procession in honor of the Feast of Our Lady of Candelaria

In the vicinity of the most famous and largest in Latin America  Lake Titicaca, the feast of Our Lady of Candelaria is celebrated in February. He combined the Christian traditions and beliefs of local peoples. A procession of people in costumes from the time of the Incan civilization takes place along the streets of local and village towns, while Christian traditions and elements of mass culture are observed here.

5. Tinku – the feast of the “battle” in Bolivia

or fans of extreme sensations and fistfights it will be interesting to take part in one of unusual holidays, which takes place in Bolivia in May and September, dedicated to sowing and harvest. The main thing in this holiday is not dancing and fun, but a massive street fight without any rules, in which men and women of all ages take part. The signal for the beginning of the action is the word amen, which is pronounced by a Catholic priest at the end of a long mass. It is believed that blood that flows from wounds nourishes the earth and can increase its productivity. If you decide to take part in this extreme action, then select before traveling the best travel credit cards, which, will be able to cover medical expenses if you get injured.

From the third to the ninth of July, a fire festival takes place in Cuba, when local musicians bands perform on the streets of the cities, creating an unusual atmosphere. With the onset of night, the most interesting part of the celebration begins with the performance of the fakirs and the fire show. At every place there are trays with food and rum. The parade of fire and the ritual burning of the symbolic figure of the devil, as well as a festive fireworks at the end, leaves a lot of vivid impressions. Visiting the festival is free, but as for all other expenses, it is worth remembering that Cuba has a special currency called CUC for tourists, the prices of which are much higher than those in the Cuban peso for local residents. So choose your financial support from best credit cards for international travel.

In August, the world championship in tango, as well as another hundred cultural events, that are associated with dance, is held in Buenos Aires, Argentina. This is a great chance for dance lovers to enjoy this art. Also here you can be helped to quickly master the movements of the dance and gain practical experience in this. In between dances, you should drink a glass of local wine from grapes grown on unique soils of volcanic origin. A lot of romantic experiences provided.

In the early days of November, Mexico and Guatemala celebrate the Day of the Dead. Mexicans believe that the souls of the deceased return to our world that day to mingle with the living. This is one of the bright and unusual holidays that Latin America can surprise when everyone dresses up in mystical-themed costumes and eat the skull shaped sweets.

In this list we mentioned only some of the most striking and interesting events in Latin America which are worth visiting in 2020. If you have the ability to travel often or even spend most of the year traveling, then in Latin America there are enough holidays and other interesting events for almost along the whole year. The main thing to take care of when planning your trip is financial support. Start exploring options among top travel credit cards today.