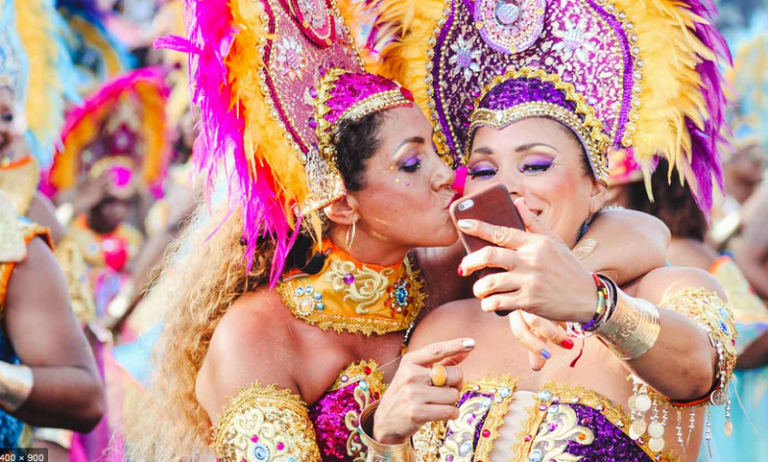 Events to Visit in Latin America

Latin America is famous for its ancient history, culture, and, of course, a unique atmosphere. Bright and colorful feasts organized by Latin Americans deserve special attention. They are long awaited by not only local people but also tourists from all over the world. So no matter where you are from, you should definitely take part in the below festivals.

Find a Company on HookupGeek

To make time spent in Latin America even more exciting and unforgettable, you might probably need someone special. It is where HookupGeek will be of great service to you. It is today not necessary to go abroad or spend a lot of time and money on making contacts with a girl from Latin America. Instead, use these sites to find people from around the globe. Thus, you may find the like-minded person from Latin America and have a great time together on any festival from the below list.

On the opening day of the event, thousands of participants dress up as nuns and take to the streets of the city. This tradition has quite a logical explanation. According to legend, once the nuns escaped from the monastery for a colorful show and returned to their cloisters only on the last day of the carnival.

The Brazilian carnival is considered one of the largest and most spectacular shows in the world, with about two million people taking part in it. During the event, the city is decorated with beautiful scenery and illuminations. Tickets for the show should be purchased in advance; their prices start at $500. You can also purchase costumes and take part in this grand show.

Every year on the first Saturday of February, a huge festival begins in the country; it includes competitions, fairs, and concerts. The main attribute of the event is the most elegant cocktail in Latin America, with Pisco grape vodka being its main component. On this special day, a cocktail is handed out free of charge on the streets. Being a part of the happening is a great way for a tourist to get acquainted with the taste of this drink.

The residents of Bolivia never stand aside from the bright culture of Latin America, and Tinku is a real proof of the above statement. It is one of the most exotic shows in the region. The name of the festival tells us that it’s not about dancing and fun that captivates people on that day; it is more about a fight.

There are some traditions associated with the feast. Before the beginning of the main action, the priest holds a mass. Only after the padre pronounces “Amen,” the battle begins, with men and women of all ages taking part in it. This tradition has come from ancient times, and the residents of the Akazio village are real observers of the happening.

The Day of the Dead, or as it is also known – Día de Muertos, is celebrated every year on November 2. On this day, people remember the dead. Each country has its own way of celebrating the holiday. Thus, Mexicans decorate the graves of the dead with orange flowers. In Nicaragua, people spend the night in the cemetery, thereby expressing their respect to the dead. Ecuadorians have a real feast at the cemetery. Hispanics consider death a natural event, so no one is sad on this day.

The hottest event on our list is the Cuba Fire Festival. It lasts from the third to the ninth of July. Local vocal and instrumental ensembles perform on the streets of the city, thus, giving the holiday an extraordinary mood. On the city streets, you will everywhere see the trays with food and a traditional Cuban drink – rum.

As night falls, the city is lit by many burning torches. It is when the most interesting part of the event begins: a fire show and fakir performances. This holiday is a great opportunity for a tourist to get acquainted with the unusual color of Cuba, to see the Parade of Fire and take part in the ritual burning of the symbolic figure of the devil. Entrance to the festival is free, which makes it especially attractive for tourists.