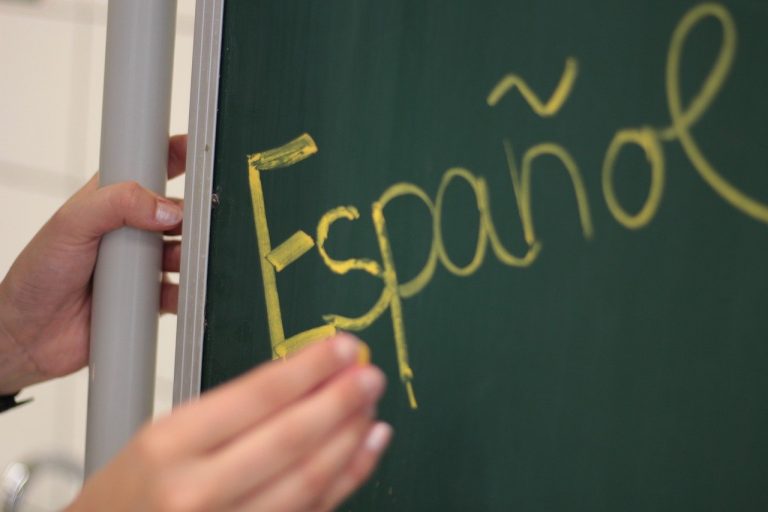 From Hebrew to Hindi to Spanish, these are the 5 Most Popular Languages

Other languages, such as Chinese, Spanish, English, German, French, Hebrew, Telugu, and Swahili are spoken by more huge populations. In fact, research shows that more than 40% of the world population is bilingual.

The number of multilingual speakers is projected to rise as more people seek to connect and interact with residents of other regions, either online or through business or leisure travels.  Additionally, research has shown that learning a new language enhances your cognitive and analytical abilities. But, which are the most popular languages across the globe?

One of the oldest languages, Hebrew is not only famous but also ancient and unique. It is popular as the language of the Bible – a vast majority of the Bible was initially written in Hebrew. Also, according to Jews, God created the world using the Hebrew language. Hebrew is also hailed as the original language of the world until the tower of Babel incidence as detailed in the book of Genesis.

Today, Hebrew is the modern-day language for Israel and Jews across the globe. In terms of numbers, there are an estimated 8 million Hebrew speakers in Israel and more than 1 million outside of Israel.

An amazing thing about the Hebrew language is that it was considered dead by the third century CE after the Jews were taken captive to Babylon, and started speaking the Aramaic language. During the period it was dormant, an estimated 1500-year period, Hebrew only existed in written form. However, it sprung back to life like a miracle in the 19th and 20th centuries, making it the only revived language in existence today.

Its comeback is attributed to Eliezer Ben-Yehuda, who is known as the father of Modern Hebrew. He decided to rekindle Hebrew as a modern language to unite Jews worldwide.

While Spanish is considered the most romantic language, Hebrew is considered a holy language that continues to fascinate and interest people around the world.

Hebrew is written and read from right to left, unlike English, but numbers are written left to right. Learning Hebrew gives one insight and understanding into Jewish history and culture.

Top on our list is Spanish, also known as español or Castellano. Spanish is the 2nd most spoken language in the world today. The language boasts over 460 million native speakers and only comes second after Chinese, which takes the lead with more than 1.2 billion speakers.

Spanish is the official language in Spain, most of Central and South America, and many people in the United States. Surprisingly, the number of Spanish speakers in the US is more than the same in Spain, which supports the projection that Spanish speakers will soon become the majority in the United States. On top of that, 31 countries have Spanish as their official language.

Spanish language is also one of the fastest-growing languages, having been listed as the 2nd most studied tongue in the world.  It is also ranked as the 3rd most used language on the Internet. Interestingly, the Spanish language is one among nine others that the Pope tweets in. And yes, his Spanish account has the most followers.

With that in mind, Spanish is your best bet for a language that will open up whole continents for you. If you love to travel, Spanish allows you to communicate with nearly 20% of the world’s population. It will also help you quickly understand new cultures and build business relations.

Tagalog is an Austronesian language spoken as a first language by about 20 million people of the Philippines. The language has since evolved to be expressed in other parts of the world. For instance, apart from approximately 1.6 million speakers in the United States, there are more than 400,000 Tagalog speakers in Canada. The language is also common in Australia and New Zealand.

Interestingly, almost 30%  of the root words in Tagalog came from Spanish, including days of the weeks and months. Unlike many of the languages discussed above, Tagalog may not be easy to learn since it’s a blend of more than one language. However, compared to other Asian languages, Tagalog is reasonably easy to learn for any English speaker.

With more than 340 million native speakers, Hindi is yet another language that ranks among the globe’s most popular, coming fourth after Chinese, Spanish, and English. Worldwide, Hindi speakers currently stand at approximately 630 million.

Hindi is easy to read and pronounce since words are written as they are pronounced. Interestingly, English words like yoga, guru, karma, jungle, bungalow, shampoo, thug, loot, avatar, mantra, cheetah, and pajamas bandana, and more have their origin in Hindi. The Hindi language is also one of the seven languages that can be used to make the web addresses.

There exists a Hindi day, September 14, for celebrating the approval and adoption of the language by the Indian Constituent Assembly as the official language of India. The event also marks Beohar Rajendra Simha’s 50th birthday, a Hindi scholar that pushed Hindi as India’s official language.

Did you know that ‘Hakuna Matata’ from the Lion King Movie is a Swahili Phrase?

With 16 million native speakers and more than 100 million total speakers, Swahili is increasingly becoming the king of African Languages.

But its international appeal is also spiking, having been spurred by the use of its phrases in popular movies such as Out of Africa and the famous Lion King. In Lion King, the main characters, Simba, Sarabi, Rafiki, and Pumba, are also Swahili words that mean lion, mirage, friend, and foolish.

Swahili has also been used by renowned musicians including Lionel Ritchie, Michael Jackson, and Miriam Makeba in some musical compositions. The popular word used during an expedition to observe wild animals in their natural habitats ‘safari’ and meaning ‘journey’ is a Swahili word. Usually, most travelers plan a Safari to

Kenya and consider learning a few basic Swahili phrases before their trip.

Away from Africa, the African-American annual holiday ‘Kwanzaa’ is also derived from the Swahili word ‘kwanza.’ Like Spanish and Hindi, Swahili is also easy to learn as Swahili words are pronounced just the way they are written.

That’s it from us! Now you know the five most popular languages across the globe. Should you want to learn a new language then, you have a list to select from. Languages are fundamental to freedom of expression, cultural diversity, and universal access to information and knowledge. As the world increasingly becomes global, so will the learning of new languages. The ability to read and speak in more than one language opens up many doors for new careers, travel opportunities, and friendships. It also opens one’s mind to new ways of thinking, perceiving, and interaction.