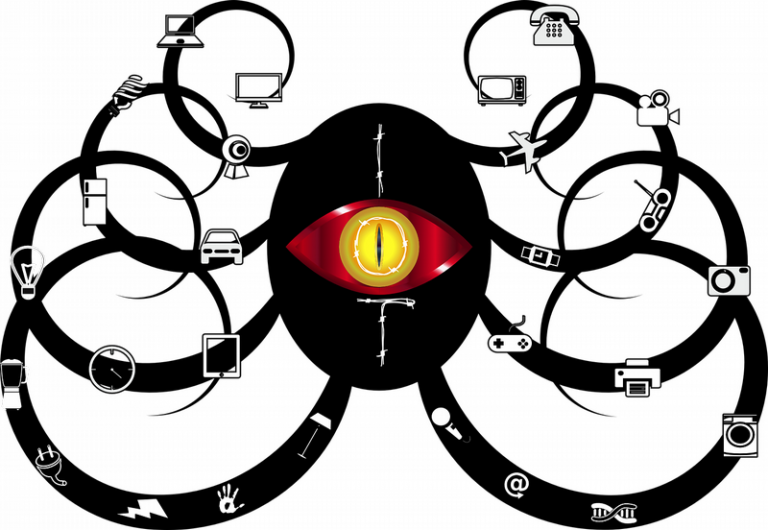 The ‘Surveillance State’ – it’s the name locals are giving to what many countries, especially Latin American ones, are doing. Top authorities are keeping an eye on online activities – usages of websites, emails, instant messages, social media postings – and sifting through the metadata for clues about people, places and things.

Before Edward Snowden’s damaging revelations, many people were blissfully unaware of how often their activities attracted the attention of government departments. Now, though, we know only too well that Big Brother is watching us.

For people living in Latin America, not only is the US government conducting mass surveillance, but many Latin American governments are also keeping a close eye on their people.

The US government has been tracking telephone calls made from the US to 116 other countries, including those in Latin America. In 2015, data uploaded on to Wiki Leaks revealed the details of confidential conversations between a surveillance company and clients in Ecuador, Colombia, Chile, Mexico, Honduras, and Panama.

At the time, Renata Avia, a leading activist from Panama, said:

“It is no longer possible to trust the devices we use to communicate. From phones to computers and intelligent chips, they have all been designed so that they can be subverted by intelligence agencies”.

Colombia has one of the worst records of mass surveillance. PUMA has the power to monitor mobile data, including voice calls. Mexico routinely geolocates cell phones without requesting a judicial warrant. In Argentina, the government keeps a database of face and fingerprint data, which is a direct attack on anonymity.

Each time you use a cell phone or go online in many Latin American countries, how certain can you be that your government and other shady operators aren’t watching your every move? Sadly, you can’t be sure of anything.

The article below looks at why Latinos might want to go incognito in this age of surveillance.

Is Your Web Browsing Monitored?

Web browsing is monitored for sure. Your ISP certainly monitors it to an extent (or is asked to do so by certain state entities), and websites collect data on your visits too. You might want to know, then, whether there is any way to browse securely? The good news is that there is.

A private VPN will encrypt your web activity, making it much harder to track. All the data sent from the web browser is scrambled before it’s dispatched over the internet and then unscrambled on the other end. Nobody can tell whether you are surfing the net from Argentina or sitting in an office in Chicago. A VPN avoids any third-party snooping between the two ends and seeing your legitimate web activities. Even if companies are taking steps to actively block VPNs, there are still ways around it.

Is Mobile Usage Any Safer?

Using a smartphone (or a smartwatch) is no safer than a laptop and usually is even less private.

It is possible to use a VPN service that offers a mobile app for either iOS or Android. This affords much better protection from people, organizations or governments with your web usage. The better VPN apps can envelop all internet-related activity on your device, not just when using a web browser.

Is a VPN Better than an Incognito Mode in a Web Browser?

The incognito mode in a web browser has some uses. It doesn’t access small saved text files created by the web browser called cookies. These files can record anything, but usually, their main purpose is to identify a repeat visitor (either an anonymous one returning or linking to a user account). By skipping the saved cookie files, the browser acts as if you have never visited that site before. It also usually wipes your usage when closing the incognito window, making it safer still.

What an incognito mode doesn’t offer is true anonymity. You’ll still be using the same static or dynamic IP address as you were before. This means the ISPs and government entities can still match up your incognito usage to your regular usage as the same person.

When using a VPN, the entire use is encrypted end-to-end. As a result, the IP address is masked and replaced with a new one. An incognito mode can still be used in conjunction with turning on a VPN app, but each has different uses and shouldn’t be confused.

Governments always want effective ways to monitor, influence and control their citizens. They may not have made that quite so obvious in years past, but in the modern world with data everywhere, the less you release into the wild by securing internet usage with a VPN, the safer you’ll be from hackers or prying eyes. Whether you live in Colombia or the United States, always remember, without an encrypted VPN, someone somewhere is watching you.