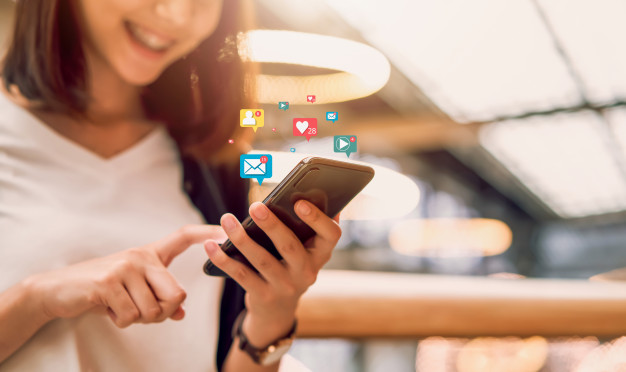 If you’re looking to branch out your business, it’s essential that you stay up to date with the trends in your targeted region. This helps you strategize on the kind of approach you’ll use in marketing your products.

Something that works in the Canada might not work as well in Latin America. These territories have different cultures and distinct mentalities, therefore, some strategies work better than others. For instance, using tools such as custom lanyards could work in your current locality. However, as you continue to expand, use something that rhymes with that new target group. As such, you have to try and ensure that your advertising reaches out to your desired destiny, regardless of cultural differences and language barriers.

Here are some of the most prominent trends in the field of digital advertising in Latin America this year.

Social Media as a Tool

Latin culture is very friendly, and this shows in their social media too!

Although some people don’t have access to it in specific countries, those who use social media are constantly refreshing the website. Some of the most used platforms are:

Snapchat is a prominent platform in Canada; unfortunately, it doesn’t have the same impact on Latin America. From this, we can deduce that Snapchat is limited to certain regions, unlike the three giants in the world of social media. Therefore, as a marketer, you need to keep these factors in mind as you decide on the best strategy. But, why is knowing about the most used platforms is vital for your business?

Simply put, it helps you put ads on those social media platforms that have a constant flow of the targeted population. A few years ago, not everyone had access to smartphones, but the mobile revolution has reached almost every corner in Latin America!

This helps companies expand their target while trying to bring new customers to their business.

We know that some countries in Latin America have political issues, leading to economic instability. This has a huge impact on the distribution of certain products across the region. But how does this situation affect digital marketing?

Just imagine that you’re the customer, and you’re in a stressful situation on your day to day life. Will you be interested in an advertisement about shoes? The quick answer is no.

Before launching a marketing campaign in a specific country, it’s crucial that you’re aware of their political and economic situation by taking a look at Latin America’s economic outlook in 2020. Although some people prefer to relieve their stress by going on social media and watching interesting content, it doesn’t necessarily mean that they pay attention to what is trending or being advertised because it’s not the usual behavior of everyone in a particular situation.

However, if you’re targeting a country that’s in the process of growing and changing their economic and political situation, it might be a strategic moment of launching a campaign. People will have a joyful and hopeful mood, so they’re more likely to pay attention to your ad and support your business.

Language Barrier – a Benefit or a Con?

If you’re planning on launching a campaign in Latin America, you must decide the language. Usually, people on social media get ads according to their language. Therefore, you should have someone in your company that can create a campaign in Spanish or come up with a translator in the digital platform to assist on the same. For those needing to write essay online you would have to do something similar.

With this issue of the language barrier also comes the necessity to adapt the SEO content in Spanish. The keywords that some companies use to attract new users in Canada might not be the same as in Latin America.

The best trend that applies to every country in the world is having truthful content.

Customers aren’t fools; they’re capable of recognizing when something is not entirely correct. If an influencer is getting paid for promoting something or if an ad is a false advertisement, they might ignore your brand completely. Many companies have resorted to exaggeration in a bid to attract more customers, but this is bound to backfire sooner or later.

Let’s put an example of the progressive gambling market. Although gambling is fairly prevalent in Latin America, its advertising should be truthful but enticing for the people to enter the casino. Finding a balance between these two features is very crucial for any business success.

Online casinos are not the usual way of gambling in Latin America, but it’s a growing industry in these countries as it offers a way to earn money without going out of your house. Just take a look at the gambling market overviews in Latin America, and you’ll notice the growth that it’s expected to happen sooner than later.

Lucas Goldberg, an author and casino expert from a casino online Canada, affirms that making false statements over the internet about an industry might have its consequences.

Digital advertisement in Latin America has evolved over the years, now being one of the main forms of publicity in the region. The mobile revolution has made things easier for businesses to reach potential customers in a more personal and detailed way. When you’re doing your marketing ads, it’s important that you consider a social media platform that meets your needs. For one, it should not only be popular within your region of interest, but also effective in terms of advertising.

New York has countless elopement locations and packages but 620 Loft and Garden offers couples seeking places to elope in NYC an unmatched view and touch of luxury!