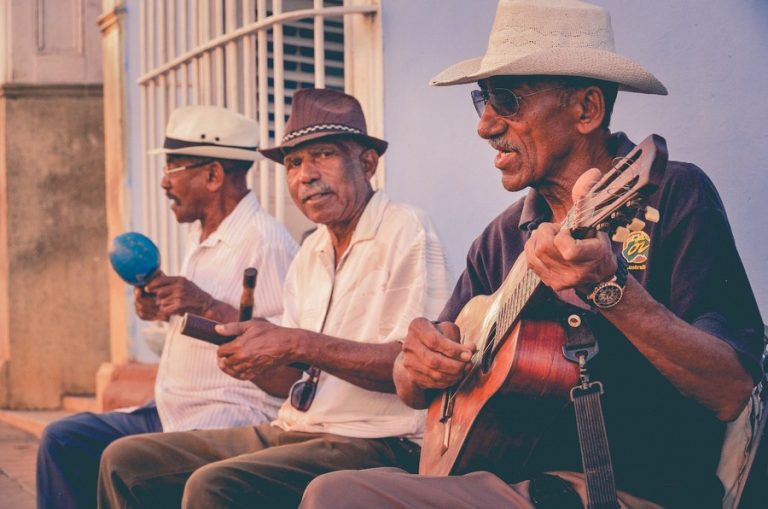 Latin American music is a kind of musical fusion-based, on African, Indian, and Spanish (Portuguese) cultures. The compositions of this style are usually performed in Spanish and Portuguese. Much more rarely – in English and French. Most Latin American musicians have made a name for themselves through musical promotion.

Bossa nova (port. bossa nova) is a style of Brazilian music, which is a kind of mix of cool jazz with various indigenous rhythms, among which are bayou and, primarily, samba.

Bossa nova is often mistakenly thought of as an Afro-Brazilian “invention”, whereas it is a relatively recent genre, created mainly by white musicians and poets, who are followers of hippie ideas. The recognized father and founder of bossa nova is Antonio Carlos Jobim. The first recording of bossa nova is “Chega de Saudade” (“Enough sadness”) (1958), composed by Jobim and performed by Gilberto.

Origin of the name “bossa nova” (literally bossa – “bump”, “hill”, “hump”; nova – “new”) is connected with fashionable at the end of 1950th Brazilian slang term “bossa”, which meant peculiarity, bright feature. Thus, the name of the genre should not be understood literally (“new hump” or “new bump”) but in essence: “new “chip”, “new style”.

Bachata is a musical style and dance of the Dominican Republic that is also widely practiced in Latin American countries of the Caribbean, as well as in the predominantly Latin American communities of the United States. The musical size is 4/4. The music is generally of medium tempo, with lyrics that detail the suffering of unrequited love and the hardships of life. The acoustic guitar plays the main role in the bachata.

Nowadays bachata has become so popular in the Dominican Republic that no discotheque, party, or celebration is without it. With the emergence of new bachata singers whose music is closer to western standards – Frank Reyes, Monchy y Alexandra, Luis Miguel del Amargue, and others – the popularity of bachata is growing rapidly beyond the Dominican Republic; it is now heard not only in the country but also in the USA, Mexico, Spain, and many other countries.

The merengue is characterized by a fast tempo and is conventionally composed of three parts: the rhythmic part, the melodic part, and the vocals. Merengue requires at least three musical instruments, two of which are traditional for the Antilles: guira (or guiro) and tambora. The tambora is an African percussion instrument, a wooden drum covered in goat skins. The tambora is played by striking one side with the palm and the other with a wooden stick, and also on the rim. The guira is an instrument made from the fruit of a dried gourd, on which there were horizontal indentations, struck with a wooden stick to produce sound. The contemporary merengue also uses a tin guira, a tube-shaped instrument with corrugated walls. Both instruments are responsible for the rhythmic part of the merengue and are used in both folklore and popular versions.