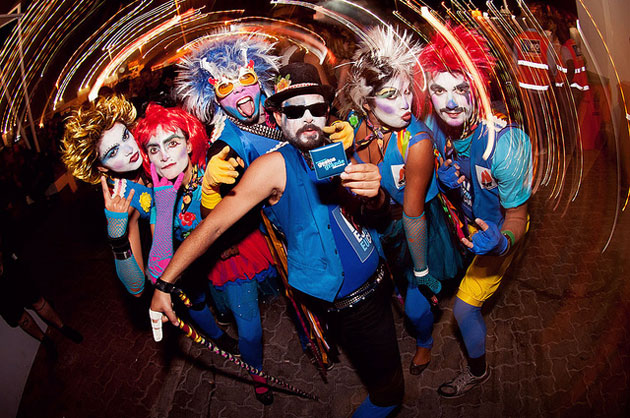 Music Festivals in Brazil That You Need to Look Out For

Have you ever got a chance to be part of a Brazilian party? Well, it isn’t a hidden fact that Brazilians are known for throwing some amazing parties. While some say it is because of their distinct cultures, others believe it’s because Brazilians love old-school festivals such as lovers of classic mobile slot games.

Brazil is one of those countries that has got an immense population, fantastic climate, and most importantly, wonderful landscapes. Basically, it has got plenty of reasons to arrange parties and celebrate the beauty of the country. Among these parties, what draws the attention of the people is the music festivals organised in Brazil. Let’s have a look at some of the most famous music festivals in Brazil:

The most vibrant parties of the global festival sequence, Ultra Brasil is one of the famous Music shows. The beauty of this show is the world’s super famous DJ’s who especially participates in the festival to show their exceptional musical skills in front of millions of people (that especially come to get a chance to see their favourite musician performing live). Ultra Brasil music festival is organised every year in Brazil and it is composed of a beautiful main stage that seems to be adorned with bright LED lights, fireworks and steel, and not to forget the wide video screens.

You might have heard of the “Rock in Rio” festival that is organised in South America every year. Well, the appearance of some of the biggest singers makes it the ultimate musical show in South America. It isn’t surprising to say that being the part of the Rock in Rio festival is in the bucket list of most of the Brazilians and other music lovers. Attended by a massive crowd, you can definitely expect to have the biggest night of your life if you manage to hit the location.

Festival Bananada is known for offering a spectacular platform to the national as well as international singers to amaze the audience with their brilliant voice. Thousands of people gather in Goiana to get to see their favourite musician rocking the stage.

Lollapalooza is one of the most famous music festivals in the world. Ever since it emerged in the year 1991, the festival gained a lot of popularity across the globe. Ever wondered what made this exceptional Brazilian music festival a famous show? Well, it features massive stages, some popular talents, amazing side stages, a lot of food, and every single thing that you’d want a musical festival to have.

The next up on this list is an immersive festival of Brazil that combines a lot of genres. In Brazil, Virada Cultural is famous where theatre, music, film, multi-media, and visual arts are all presented on stages across Sao Paulo for as long as 24 hours. In fact, Brazilians love this so much that the smaller editions of this exclusive festival are now organised in different corners of Brazil.