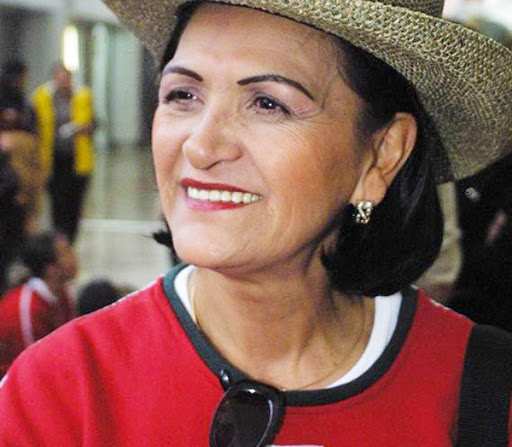 Meet the Olympic Archers of Mexico

These days, archery has gone from being something that people necessarily must learn for hunting to a beloved sport and hobby. And while Mexico’s archery did not count among its primary sporting traditions for a while, all of that is set to change during the Tokyo Olympics.

Though the traditional event will probably not happen this year due to the coronavirus pandemic, it’s still interesting to explore Mexico’s archery team. Does the country have what it takes to bring medals home in this particular athletic discipline? We’ll explore the question in more detail below!

Before we take a look at what the current Mexican Olympics archery team looks like, we should examine the tradition of the sport within this country. There’s much to it – the training, and the equipment hold a lot of different variations. And while compound bows are wonderful for training and getting the best results as they require less physical strength, recurve bows are the only ones allowed in the Olympic Archery.

Regardless of what kind of bow we’re talking about, one thing remains true about archery – it is a highly individual sport. All across the world, you won’t find many coherent archery teams, as it’s all about the individuals. And in a country where archery isn’t hugely popular, it is not rare to see one person dominating the rankings for ages.

In Mexico, this person was Aurora Breton. Born in 1950, she was the best Mexican archer for decades, and the country’s main representative in the Olympics four times. Seeing as this event is famously held every four years, you may realize just what a huge influence on the sport she was in Mexico. Indeed, she represented her country in the Olympics from 1972 to 1992. While she did not manage to crown her success with medals in the Olympics, she showed her prowess in many other events. At least in the Americas, she was a rarely disputed champion for ages. For instance, she won seven medals across multiple participations in the Pan American Games, as well as 10 medals in the Caribbean and Central American games.

Once she was done with her sporting days, she was not finished with the world of Mexican archery – not by a long shot. Aurora started working as Mexico’s Olympic coach, as well as a sports commentator on multiple occasions. She did her most famous work over the course of the 2020 Olympics for a national television network. Aurora also served as the chairwoman of the country’s Archery federation – but her time in office was somewhat mired by a multitude of scandals.

Next up, we’ve got a more recent addition to the sports pantheon of Mexican archery. And that’s Aida Roman, a Mexican archer who has participated in the Olympics an astounding three times; quite an achievement considering she is barely 30 years old. At the 2010 Olympics, she even managed to score a silver medal. For Olympic archery in Mexico, this was the single biggest win in the nation’s history. She also won first place in the women’s category during the world championship in indoor archery. On top of that, she has had successes in both the Pan American Games and multiple World Archery championships.

If we were to examine the beginnings of Aida’s national career, we would have to go back to the year 2007. This was the year she managed to be picked for the national archery team of Mexico. The very same year, she participated in the women’s category of the Pan American Games – and managed to obtain a silver medal!

Her first Olympic debut would not be for long in the making after this; the first Olympic competition she participated in was held the next year in Beijing. In 2008, she was one of the two Mexicans remaining in the individual event next to Mariana Avita. While she managed to score great victories over competitors from Mauritius and Ukraine, she was bested by Kwon Un-Sil from North Korea; the final quarter of the contest saw her perform somewhat poorly compared to the opponent.

In the interviews that followed immediately after the loss Roman was quite tearful, and she could not reasonably explain why she had such a sudden downgrade in terms of accuracy. However, reflecting on this a couple of years later, she concluded that she did not possess the mental strength needed to compete at such a high level back then.

She was not discouraged from competing because of this middling success in her first Olympics. In 2010, she would participate in the Central American Games with immense triumph, managing to bring back 8 medals to Mexico. In fact, she would remain the most decorated athlete among women for that year in the entire region. And 2011 would be even bigger for both her and Mexican archery. While participating in the Pan American Games, Mariana Avitia, Alejandra Valencia, and her would win the first team gold medal in archery for their country.

During the quarter-finals, the Mexican women’s team would be eliminated by Japan. While the team as a whole did not manage to achieve their goals, Roman would show her true worth in the individual events. She was able to make more than steady progress, winning four consecutive matches and qualifying for the semi-finals.

Interestingly enough, regardless of who won at that stage of the individual event, Mexico would get its medal; as Roman’s opponent was her compatriot Avitia, who also showed exceptional archery skills in the individual events leading up to the semi-finals. Roman managed to defeat her but was barred from winning gold by South Korea and their Lee Sung-jin.

We hope our brief guide here has taught you something new about the Olympic archers of Mexico. We this an interesting topic, and hopefully, so did you. Thank you for your attention and for stopping by; stay safe, folks!