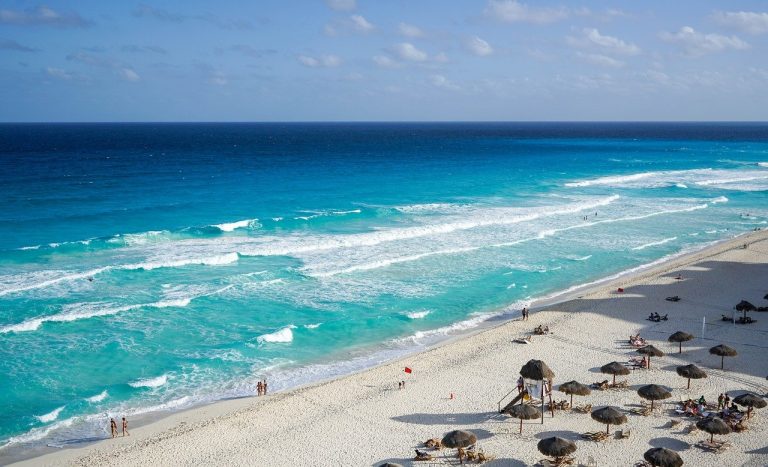 Plan A Trip To Mexico Using These Helpful Tips

Despite what negative propaganda by some former heads of states might make you believe, Mexico is a vibrant country with rich history, culture, and friendly people. This Latin American country was the sixth most visited country in the world in 2017. While the COVID-19 pandemic has dramatically lowered the number of international visitors in most countries, tourism is still very much thriving in Mexico.

There is a lot to see and explore in Mexico, and there is something there for everyone. If you’re a self-proclaimed foodie, you would love to enjoy the traditional Mexican cuisine which is spicy and flavourful. Ancient Mayan ruins and colonial architecture are a treasure trove for any history buff. The beaches and ‘centos’ are a sight to behold for any nature lover. Given all these factors, it is easy to see why Mexico is so popular with tourists. If Mexico is on your travel list, here are some helpful tips that can make your visit more memorable.

Finally, you can thank Dora the Explorer for all those childhood Spanish lessons. Mexico has a long history of Spanish colonial rule, and as a result, Spanish is the most commonly spoken language in the country. Talking in Spanish with locals isn’t just a gesture of good-will, but will also help you make quick friends. You don’t need an extensive vocabulary. Even a simple hola will earn you a lot of friendly smiles, and people will appreciate your attempt to learn their language.

Mexicans don’t speak fluent English, even though they are used to meeting a lot of tourists. A simple working knowledge of Spanish will get you a long way, and make your trip more rewarding. Download language learning apps and Google Translate to make the best of your trip.

Mexico has a lot of stunning beaches, but what many people may not be aware of is that it’s also home to several magical cenotes. Cenotes are underground swimming poles or freshwater sinkholes formed by the collapse of a limestone bed. They held a special significance for the Mayans, not just because they were a source of freshwater in the dry season but Mayans believed that these magical wells allowed them to communicate with their gods.

Ancient folklore aside, cenotes can feel pretty mystical. You can go scuba diving at cenotes in Playa Del Carmen if you have a paid license. Even if you’re not a scuba-diver, you can swim or simply enjoy the view these enchanting underground swimming poles have to offer.

Unfortunately, tap water isn’t safe and hygienic in Mexico, and you should try to avoid it at all costs. This also includes ice cubes. While water sanitation standards have greatly improved in Mexico, most tourists aren’t still immune to the viruses and bacteria that might be present in tap water. Getting bottled water is the only way to make sure you don’t catch the dreaded “Montezuma’s revenge” which is a colloquial term coined for traveler’s diarrhea and is common in tourists visiting Mexico.

Always ensure that the bottle’s seal is intact before buying. You want to make the best of your trip, and getting sick won’t be much fun.

While you might have heard that the US dollar is accepted in places in Mexico, this isn’t always the case. Even if it is, it is better to pay in pesos instead. Using dollars instead of pesos can be a rookie mistake, and you’ll be ripped off of your hard-earned money. The exchange rate offered at most places is less than the official market rate, and you’ll be spending more than required. Unless you’re super-rich and have a lot of disposable income to give away, always keep pesos in hand. Get the currency exchanged before you arrive, and use it for local shopping.

Beware of the Word ‘M’ on Bathroom Doors

If you’re from an English-speaking country, it’s easy to confuse the word M to mean ‘men’ but have to be careful. In Spanish, Mujeres is the word used for women, and the big M that you see on Mexican bathrooms are female toilets. So if you’re a guy, please be on the lookout and don’t just walk into one of those bathrooms. Use the bathroom that has H or C marked on the door which represents Spanish words for men.

Also, talking about bathrooms, don’t flush toilet paper because this can clog the drains. Use a basket to throw any used toilet paper.

While the pandemic has made most international travel difficult, once the restrictions are lifted, you should be sure to add this Latin American country to your travel list.  Mexico is more than just a country that gave the world tacos. With rich cultural experiences and wonderful landscapes to offer, Mexico is an adventure seeker’s wonderland. Don’t believe the negative media portrayal, as most places in Mexico are safe for tourists. People are warm and welcoming, and they’re happy to have tourists. So plan accordingly and wisely, and don’t forget to have fun!