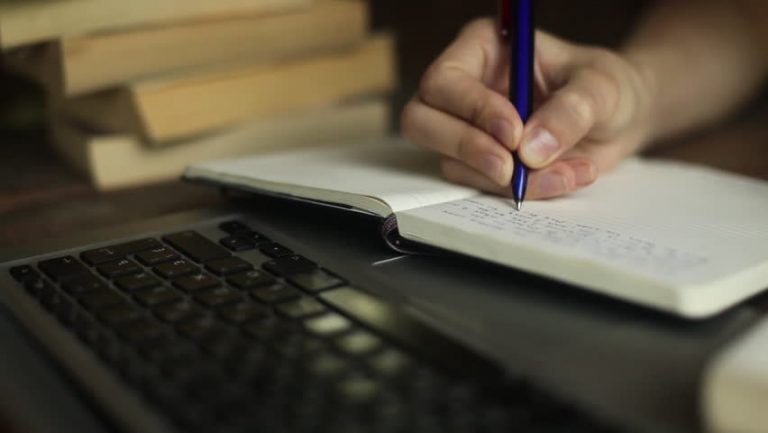 Academic writing is writing of content that is non-fiction in nature which is part of academic work. It is a form of writing that is used to report university research, writing done by university students as well as writing done by scholars on analysis of culture or proposal of new theories. Although the content, tone, and organization may vary across publication mechanisms and genres, almost all academic writing is done in formal prose and there is constant reference to other academic work. Key elements of scholarly writing irrespective of discipline are citation and bibliography and conventions exist for these markings such as APA outline, Chicago outline, MLA format outline and IEEE among others which vary based on discourse communities. Scholarly writing is in most cases done in the form of discursive essays. Discursive essays are a form of formal writing that addresses various issues.

Concerted attention on the writing of faculty and students is being paid by universities across South and Central America to act on a common concern for the improvement of academic writing. Previously, there were fewer curricular structures for the teaching of writing and departments that paid attention to students’ writing did not exist. To remedy this, new institutions have been formed; for example, writing centers as well as the addition of new courses to degree requirements to add more intentional writing components possibly in collaboration with language or writing experts. A few professional forums existed where research and teaching specialists could meet and discuss their common work. The prevalent issues of unsatisfactory academic writing in Latin American universities has led to the creation of a forum that brings together writing researchers in the Central and South American region to share their findings on the type of writings done by the faculty and students, the writing environment, as well as the programs and interventions proposed and those in place for the improvement of academic writing. These efforts have also put the lecturers at the forefront of improving academic writing in universities situated in Latin American countries through linguistic training.

Articles have been published which utilize research to create an understanding of the writing expectations on different campuses, the writing being done by students as well as the writing environment. In a recent qualitative study, how scholarly writing activities draw students into epistemic practices that enculturate them into their disciplines are described. The study claims that in the five disciplines investigated, two distinctive orientations guide assignment. The first approach is the formative approach that uses genres nearest to disciplinary practices for students to think more deeply and form new knowledge. The second approach is the prescriptive approach which utilizes instructional genres for students to show received knowledge.