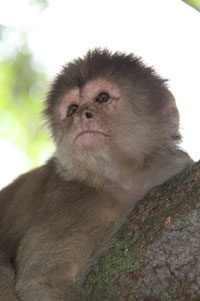 Recognizing Sounds of 7 of the Most Common Peruvian Wild Animals

This planet has roughly 200 different nations on it and every single one of them has its own secrets, its own wonders and its own culture. Every country is valuable for that, but there are some which stand out from the pack.

Some countries that are just endlessly rich in their history, their sights and their beauty and Peru is unquestionably close to the top of the list. Peru has so many amazing places to explore and things to see.

Because of this, among a multitude of other reasons, Peru is a very popular tourist destination and one of the safest places to visit in South America. And if you do visit, you can also experience the amazing wildlife.

Boasting almost 15,000 different species, there are different varieties including birds, mammals and reptiles and you probably won’t get the chance to see them all in one visit. When you’re there, it’s good to try and recognize the sounds.

Vocalizations are unique to each animal and they’re an interesting thing to take note of. It can also help you to know if there is a particularly dangerous one nearby that you have to look out for but hopefully you won’t end up in a situation like that.

So let’s talk about how to recognize the sounds from 7 of the most common animals you’ll find in the wild in Peru.

When considering a combined measurement of both weight and wingspan, the Andean condor is the largest flying bird on the planet. Said wingspan can be as long as 8-10 feet and on average they weigh about 10kg. These are really fascinating creatures.

Seeing one of these guys owning the sky is a sight to behold and probably the closest thing that we’ll ever get to the sight of a pterodactyl. Except for the fact that they’re not really dangerous in the slightest.

And for the most part, Andean condors are silent and hearing them vocalize is a rare thing which makes it all the more special. They don’t make the kind of sounds that you would expect from a bird of this size.

Instead of the loud, high-pitched squawking, Andean condors tend to make these low grunts and grumbles. There’s also a lot of hissing especially when they’re protecting their nests. It’s an interesting sound and gives the impression of an old, wizened sentinel.

And that actually fits their look quite well.

When we think of frogs we don’t usually associate them with a whole lot of danger. They’re cute, harmless little things which just hop around the place not hurting anybody, unless of course they are poison dart frogs.

Some of these are so dangerous that they have enough poison in a single bite to kill 10 humans so you definitely need to keep an eye out for them. You won’t encounter this Peruvian subspecies unless you are deep in the Amazon.

The Peru poison frog is a pretty new find and it has its own distinctive croak. Funnily enough, it was actually discovered when a scientist heard an unusual vocalization amidst the typical sounds of the forest and sought out the source.

It’s recommended that people living near areas where these frogs are common take measures to ensure that they don’t deal with any in their home, and you should take similar precautions when visiting.

If you’re out in the jungle and you hear a croak that doesn’t sound like a regular old frog, be wary that there could be a dangerous creature nearby.

Jaguar is a name synonymous with power and respect and that reputation is very well-earned. The jaguar is the largest species of big cat in the Americas and globally it’s only behind tigers and lions in the same category.

Jaguars are unusual because they tend to be solitary animals but the lack of backup doesn’t make them any less dangerous. The jaguar actually has the strongest bite out of all of the cats and it’s strong enough to break through the hide of crocodiles.

The roar of a jaguar is instantly recognizable because it sounds exactly like a saw cutting through wood. In fact it’s often just referred to with the word saw instead of roar. So if you hear that noise in the Peruvian jungle, assume it’s not just someone cutting down trees.

The macaw is a member of the parrot family and so it will come as no surprise that these are incredibly vocal animals. The country is packed with these birds and there are a number of different subspecies.

You’ve got the kind that everybody recognizes due to its popularity as a pet all around the world in the blue-and-yellow variety, there’s also red-and-green macaws, scarlet macaws and then a couple of other lesser known ones.

While the colours vary, there is one thing that these birds all have in common for sure and that’s just how loud they like to scream. Macaws love communicating with humans and other birds and their screams can reach 105 decibels.

Because of just how loud they are and the general proclivity that these birds have for screaming, you’ll definitely hear them at some point when you’re there.

Have you ever wondered what kind of bear was the inspiration for Paddington? A story about a bear that travels to England from Peru of all places seems highly unusual, but bears are actually a common sight in Peru.

The spectacled bear being the one most quintessentially Peruvian. It gets its name from the ringed white markings that surround its eyes and is also known as the Andean bear. And while they’re nice to look at and not as aggressive as grizzlies or polar bears, they’re still bears.

And this means that they’re dangerous and can be territorial and protective. They are also one of the most vocal bears in the world and their vocalizations are decidedly unlike what you would normally hear from a bear.

The sounds from spectacled bears can range from a high-pitched shriek to a rumbling sound that almost resembles a cat’s purr. Very unique sounds and fascinating to hear them come from a creature so visually ferocious.

Penguins in Peru?! Yup. It’s actually not that surprising really, Peru can be freezing during the Winter months and there is a particular current which passes down the length of the entire continent called the Humboldt current.

It gets its name from a Prussian explorer who charted South and Central America and the penguins were subsequently named for it too. Penguins are interesting creatures because of how social they are.

They are always in groups, they’re monogamous and like any other social creature, they are very vocal. While different from other birds in the sense that they make various different noises for different purposes, what you will most commonly hear from them is a honking noise.

The yellow-tailed wooly monkey is one of the creatures that is endemic to Peru. If this word is unfamiliar to you, it basically means that they aren’t found in the wild anywhere else in the world, and unfortunately they’re endangered.

It’s sad when any animal goes extinct, but for a creature as rare, beautiful and as loaded with personality as this primate, it feels especially bad, especially since it was so preventable. Regardless, there’s still time and hopefully the numbers will increase.

Like many primates, they are capable of many different noises but they tend to be quite reserved and researchers will tend to listen out for soft grunting noises as a means of tracking them.

They are also capable of a loud bark which they will use when under stress or if in search of other monkeys in the area.

Travelling to Peru isn’t an experience that’s exclusively valuable for what you can see, but there is also so much to hear. Animals like the sound of their own voice just as much as humans do, and sometimes they’re a lot more interesting to listen to.