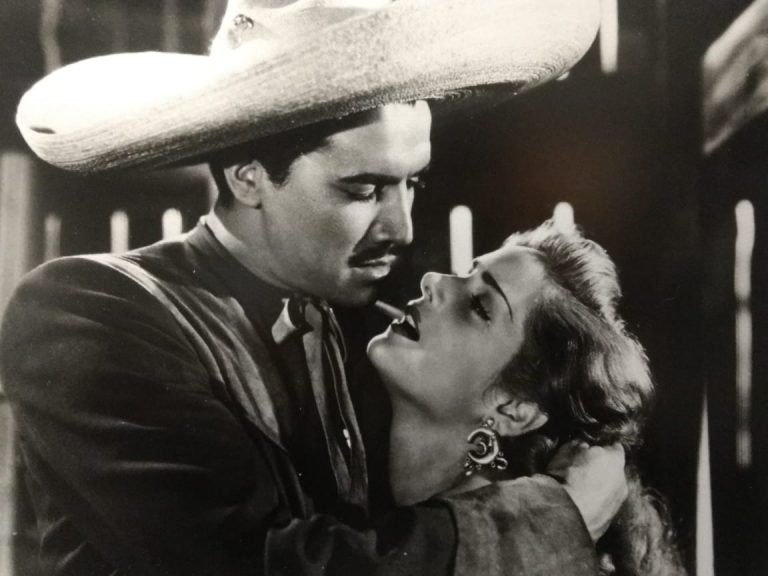 Retro Movie Review: Would Gran Casino Still Be a Classic If It Was Released Today?

In 1947, the legendary Luis Buñuel made his first foray into the world of cinema, with the Mexican classic Gran Casino. Telling the tale of two charismatic, turn-of-the-century cowboys, who are imprisoned on questionable charges, it is widely considered to be one of the greatest Spanish language films of its era.

However, despite its enduring popularity, Gran Casino has nonetheless been criticised by some when viewed through a modern lens. Firstly, and due in no small part, to its questionable blending of genres (Hollywood western with musical), and secondly, because of its often-stereotypical depiction of some of the characters.

We take a look at whether it would still stand up as a classic if it were released today.

A story of singing cowboys and high-stakes casinos

For most connoisseurs of Latin-American cinema, it comes as some surprise to realise that the same Luis Buñuel who was famed for his sophisticated narratives is also the director of Gran Casino. Marking his first foray into feature films, this musical (of sorts) blends song and dance with a shady story of cowboys.

While this may sound like a strange movie to have made, it was driven by motives that many modern-day filmmakers also possess: to appeal to the audience of the time, by providing them with light entertainment and unbridled enjoyment, and to profit from the sales that such a movie was guaranteed to secure.

This it duly did, and there’s certainly an argument to be made for Gran Casino achieving a similar level of success today. Indeed, to support this statement, one only has to look at casino flicks like the Ocean’s franchise, which was an equally populist piece of content and revolved around a not-so-dissimilar topic.

Perhaps, however, certain themes would need to be updated: the somewhat stereotypical character construction, for one, and the setting of the film’s pivotal scene, with the protagonists perhaps frequenting a much more modern virtual casino setting. Indeed, the gambling could take place online in order to add an additional element of mystery, with many options now existing for those who wish to play live roulette casino or similar games over the internet. It seems this would only be the natural next-step when rejuvenating this now-outdated piece of cinema.

While the central themes of Gran Casino would almost certainly draw a similar audience today – shady criminal dealing, high-stakes casino games, and a mysterious disappearance – these are not the film’s only selling points.

A large part of its success must also be attributed to the star quality of its actors. In particular, the wonderful Libertad Lamarque, who doesn’t appear onscreen until around halfway through the film.

It is her star turn that turns Gran Casino into a much more interesting film than it first appears, and this should come as little surprise considering the actress’ longstanding position among the Argentine A-list.

Possessing both exceptional lyrical talent and acting gravitas, Lamarque was at one time a love rival for the attentions of Colonel Juan Perón, but it was her own talent that would see her go down in history as one of the greatest Spanish-speaking starlets of all time.

Indeed, with a leading actress to rival her, and with an equally compelling script and similarly populist appeal, it seems eminently possible that any remake of the story would prove just as successful a second time around.