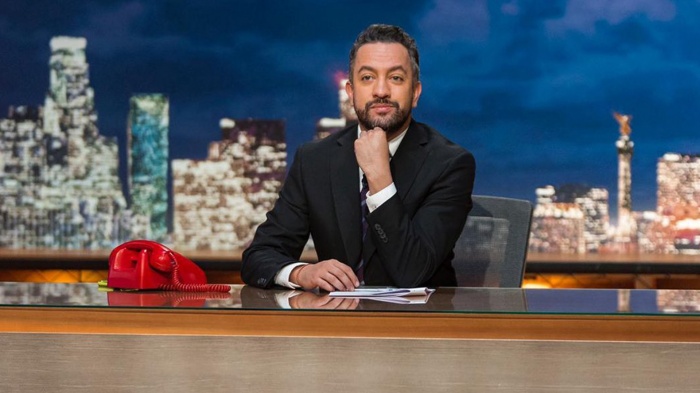 Anybody who watches a television show, streams a YouTube video, or listens to a podcast featuring Mexican comedian Chumel Torres knows what they’re getting. As a performer, he sits on a knife-edge between what’s acceptable to say in public and what isn’t. To his supporters, he’s a boundary-pushing artist who challenges the status quo and provides a satirical critique of the people who run Mexico and how they behave. To his detractors, he’s an attention-seeking racist who makes money from belittling people. Very few people are between the two camps. People either love Torres, or they don’t.

If you’re one of Torres’ supports, you won’t be seeing as much of him in the future as you have in the past, or at least not in the short term. After he made what was deemed to be a racist joke at the expense of the son of President Andres Manuel Lopez Obrador, HBO Latin America decided to pull the performer’s show. From the information that’s available to the press at the time of writing, we believe this to be a permanent decision rather than a temporary suspension. Torres is off the HBO platform, and won’t be welcomed there again any time soon. If he wants to stay in touch with his audience, he’s going to need to find a new platform in order to do so.

Finding a new platform shouldn’t be a massive problem for Torres. He didn’t start life as a television star, and nor does he need to be on television in order to stay in touch with his audience. As anybody who’s followed his career knows, he started on social media and worked his way through various entertainment mediums until he arrived on television. In the past, he’s been a newspaper columnist and a YouTube star, and he still retains a presence on YouTube. It’s likely that he’ll now go back to YouTube, and the first video he posts discussing his removal from HBO is likely to get a far bigger audience than anything else he’s posted there for a while. HBO hasn’t truly ‘silenced’ Torres by kicking him off their network, but is it right they even tried to do so? Should Torres be reined in because of the controversial comments he makes, or is he merely exercising his free speech and being unfairly targeted because he’s made the President’s family the butt of his jokes?

The fact that Torres was ever working with HBO to begin with was a surprise to many of his long term fans. In the past, the comedian had insisted that he would never work with a television network because he feared they would stifle his creativity and impose restrictions on him. He even said that he believed that he’d become a ‘sell out’ if he went back on his world and became a television star. He did it anyway, and presumably, he did it because HBO offered him a financial package that he couldn’t say no to. It turns out that he was more prescient than he could have imagined. HBO has indeed stifled him and imposed restrictions on him, and now he finds himself back where he started, where he’ll presumably re-evaluate the decisions that he’s made, and question whether joining HBO was ‘worth it’ in the context of the situation he now finds himself in.

We don’t wish to repeat the specific phrase that got Torres fired from HBO here, but it was construed as an indirect reference to the President’s son’s skin color. Despite the fact that he’s made similarly racially-charged comments in the past, Torres appeared to be aware that he’d crossed the line immediately with this one. He almost immediately apologized to Gutierrez Muller, Mexico’s First Lady, but it was too late. The damage had been done, and Torres’ HBO career was over. He wasn’t the only person affected by the incident, either. Monica Maccise, the head of the country’s anti-discrimination agency, was forced to resign after fierce criticism about the agency’s perceived lack of action against persistent offenders on television. The future of the agency itself may even be in question; the President has recently indicated that he wants to replace it with a ministry.

The move comes at a pivotal moment as questions about race and stereotypes are being asked all around the world. Many television viewers and social commentators in Mexico believe that darker-skinned Mexicans aren’t adequately represented on television. Further afield, the way that Mexico is represented as a country leaves much to be desired. Log onto any American or European-based online slots website, and you’ll find plenty of Mexican-themed games there, but they’re based on centuries-old stereotypes. Online slots with names like “Hot Chilli” use images of sombreros, tequila glasses, and cacti. “Chilli Heat,” another online slots game, uses almost identical imagery. When Food themed slots or Mexican cuisine isn’t being stereotyped, it’s mariachi bands and Mexican wrestling. The online slots websites aren’t the worst offenders, though. Ask the average American to name a television show about Mexico, and the response is likely to be ‘Narcos.’ It’s clear that there’s more to do both at home and internationally to improve both the image Mexico has of its own citizens and the perception that foreigners have of Mexico in their minds. Torres’ transgression was poorly timed, and he’s paid a heavy price for it.

Even with HBO now firmly in his rearview mirror, it seems unlikely that this will be the end of Torres’ career. He’s demonstrated that he has an audience who will follow him no matter what platform he interacts with them on, and he’ll continue to make money from them. It’s likely that he’ll be approached by other television networks in the future, too, although whether he chooses to work with them or not is up to him. Censorship is a divisive issue, and censorship in comedy might be even more divisive. Can we call ourselves an enlightened culture if we’re unable to laugh at ourselves, or are there some issues we should never laugh at? We don’t know the answer to that question, and it’s likely to continue being asked within entertainment circles for many more years to come.