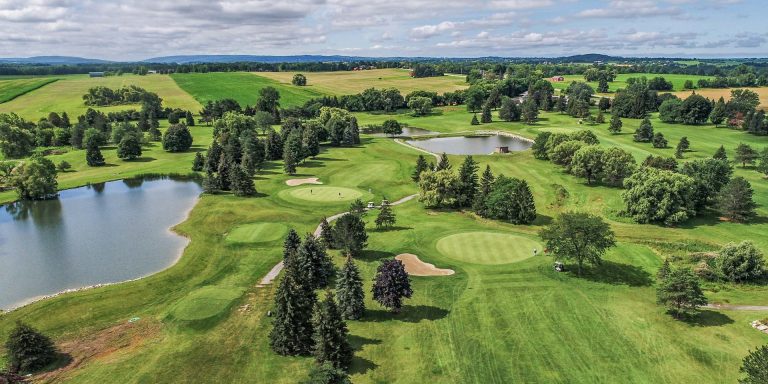 Whether practiced by professional or recreational players, golf generates more than 25 million tourist trips a year. About 80 million people play golf, mostly in the US and Canada, with more than 5 million golfers coming from Europe. Some of the best terrains in the world can be found in Europe, Asia, and South America.

While I’ve been practicing on a golf simulator, I noticed that most of the virtual courses included are from the United States, Europe, Asia, and even North Africa. But, unfortunately, I couldn’t find a single one from South America.

South America is home to many incredible things—from the highest mountain ranges to the deepest oceans. It’s not hard to imagine that there are equally great golf courses to be found across this vast land. South America is a veritable golfing paradise, with a wide selection of beautiful courses to explore, not to mention the fact that the region is home to some of the planet’s most exclusive clubs.

Here we present to you a list of the best golf courses in South America.

The beginning of the 20th century saw the arrival of British people to Bolivia. They gave life to the first golf course in 1912, as well as tennis betting. At an altitude of almost 11,800 feet above sea level, lies La Paz Golf Club, the highest golf court in the world – it’s a course where you will definitely need a good Golf Carry Bag. The coincidence of its creation with the founding date of the city with the same name La Paz inspired the name “La Paz Golf Club”. The field that is located in Mallasa, less than half an hour from the city of La Paz.

Designed by the famous architect Dan Blankenship, Terravista Golf is an 18-hole golf course characterized by its diversity. The first nine holes are played in the middle of a forest environment, with the typical temperature and humidity. Another nine holes are located on the coast with lovely views of the beach and the sea.

This golf club was founded on May 5, 1945. The club has over 1,600 active members and approximately 3,000 family members who, in addition to golf, can practice tennis, squash, swimming, aerobics, and other activities suitable for all ages. This makes Los Inkas a perfect family club.

Llao Llao is recognized as the best golf course in Argentina. It offers 18 holes and is located in Bariloche, in the heart of Patagonia. The main attraction of this golf course is its location, within the Nahuel Huapí National Park, between imposing mountains and lakes. The Llao Llao hotel also offers 5-star luxury.

Its 18 holes were opened in 2000 and since then the field has been maintained under the highest standards. Since the end of 2010, this court is home to the World Amateur Ranking, the PGA Uruguay and other important tournaments. It has a driving R=range, a wide platform for shooting bases, and a mini-golf course at the foot of the Club’s terraces.

Golf is increasingly popular in Panama. Cielo Paraiso offers the best golf court in this region. Its unique 18-hole architectural design explores its spectacular views of the Barú Volcano and the Pacific Ocean, dotted with beautiful islands.

This exclusive 18-hole golf course is characterized by its impressive views on the neighboring volcanoes, such as the Osorno, Puntiagudo, Tronador, and Calbuco. This field is surrounded by a forest in southern Patagonia, a true spectacle.

Considered by many as one of the best courts in Argentina, this club was founded in 1926. Around 1950 it became one of the best courts in the country. The Olivos Golf Club has 27 holes on its court. International golf stars such as Payne Stewart, Bernard Langer, Gary Player, Roberto De Vicenzo, Tom Lehman, Vijay Singh, Craig Stadler, and Angel Cabrera among others have competed here.

Located in the São Conrado area, this complex offers an 18-hole course almost on the beach, in a magnificent coastal environment, very close to the Tijuca National Park. It is one of the best courses in this region.