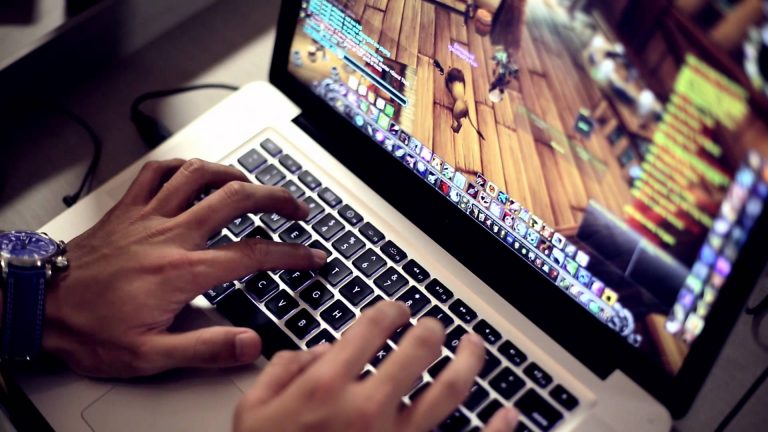 Over the years, the population of gamers worldwide is proven to be constantly rising. You can add up the online gamblers who plays online casino games at 666 Casino to that number, and that number is rising every day actually. As a matter of fact, in 2018, about 2.3 billion people or almost one third of the Earth’s total population have been instrumental to the booming success of the gaming industry, contributing nearly $140 billion.

Some of the fastest-growing gaming markets are situated in South America, specifically, Brazil, Colombia, Mexico, Chile, Peru, and Argentina. Interestingly, 75% of the region’s total population is permitted to gamble, hence the booming online gaming industry. Due to this, South America’s gaming market revenue hit $1.9 billion mark in 2017; and in 2019 it significantly jumped up to $2.5 billion, of which $2 billion was brought by mobile gaming.

Colombia is the first and currently the only country in South America that has managed to establish their own fully regulated online gaming market in 2017. This includes the government’s permission to allow their citizens to gamble on foreign-based gaming sites. In its first years, the market was initially predicted to bring in revenue of $8 billion, but due to the increasing popularity, the number actually increased by two thirds in less than 2 years.

Moreover, online gaming in Argentina has long been introduced back in 2006; however, it should be noted that this market was not regulated on the federal level. Meanwhile, Argentina’s current online gaming market is regulated on the provincial level. Despite having the most number of land-based casinos in the entire Latin American region, with Buenos Aires having the biggest venue, the citizens of Argentina mostly prefer to play games online.

Meanwhile in Brazil, online gaming is considered illegal, under the Criminal Convention Act (CCA) of 1941. This legislation, however, does not necessarily include playing foreign-based gaming.

Intriguingly, many legislators have been attempting to legalize online gaming for many years now. This even included proposing the construction of 35 land casinos, about 1000 bingo halls, 600,000 electronic gaming terminals, and to top it all, the regulation of the online gaming market in the country. This venture, however, has been repeatedly rejected, thus the still-outdated gaming regulations in Brazil.

Interestingly, this outdated legislation does not hinder a huge population of Brazil from playing games online. As a matter of fact, about 100 million Brazilians were recorded to be actively playing online games.

Mexico is no different to Brazil when it comes to the unspecified legislation regarding online gaming. When the gaming law was modified in 2014, no specific legislation was given for the online gaming sector, leaving the market still in the gray area. But, also identically with Brazil, this also did not stop the Mexican gamers from continuing to play online games. In fact, Mexican online gaming market has been recorded to bring in $300 million each year.

A lot of factors have been extremely influential in the booming of the gaming industry in South America. For starters, mobile devices, specifically affordable ones, have been abundantly circulating across the region, making digital gaming accessible to the citizens of Latin America. Additionally, faster internet speed has also made online gaming more convenient and within reach particularly data-heavy online games. The booming economy of South America, particularly in Brazil, has also enabled the people to invest in the rising market of online gaming. One of the most popular games that they invest in is online poker, similar to the New Zealand’s online poker industry.

The active players in South America are not only exposed to games developed in countries from the other parts of the world, but they were also able to invest in locally developed ones. In Brazil alone, there are roughly 400 game-making software developers – making tools that also may include HR software – that have produced over 1700 games according to 2017 data.

With South America’s huge population of sports fans, eSports has also become one of the most growing sectors in the region’s online gaming market. In 2019 data, Brazil is ranked 3rd worldwide and is leading in South America ranking with 21.2 million audience and 79.8 million players. Next to it is Mexico holding the 10th spot with 11.2 million and 58.6 million audience and players, respectively. Meanwhile, Argentina made it to the top 19 holding a record of 20.4 million players and 4.7 million eSports audience. Following these three are Colombia, Venezuela, Peru, and Chile with 2M, 1.3M, 1M, and 0.8M recorded eSports audiences, respectively.

Apart from being a business opportunity, online gaming has also become a platform to further reinforce what is already a rich and diverse culture of South America. Through online games, the 10 countries of the continent were able to put together their cultural industries. Online gaming market has also opened many opportunities for various artists, game developers, illustrators, animators, and musicians and served as an avenue to showcase their skills and expertise.