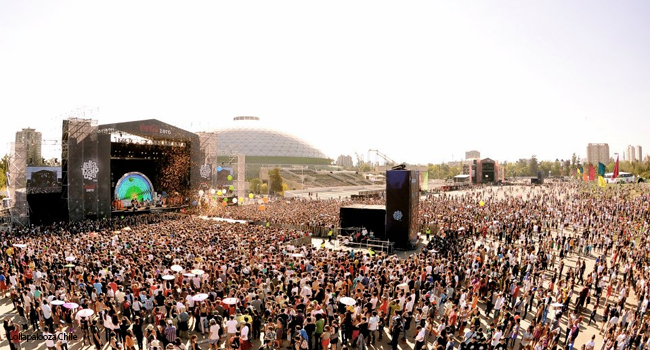 Although most of you still keep fresh the memories of this summer’s music festivals, it’s high time you prepared your passport for the next trip. Music enthusiasts from around the globe are waiting for the first bells of 2020 to drop to pack their suitcases for a Latin American adventure.

The hot beaches, warm temperatures, and never-ending rivers of beer continue to remain tempting for people of all ages united by their favorite music.

And, no matter if you’re a country, indie, heavy metal, electronic or pop music fan, South America is filled with opportunities for you to have a good time. Let’s take a look at some of the next year’s best places to be to enjoy good music and your favorite artists.

Lollapalooza in Chile, Argentina, and Brazil

The original festival takes place in Chicago, Illinois, at Grant Park and opened its gates in 1991. It ran annually between 1991 and 1997 and was revived in 2003. It is considered one of the most iconic music festivals in the world, with performances including heavy metal, hip hop, alternative rock, punk rock, and even electronic music.

It debuted internationally in 2010, with a branch of the festival staged in Santiago, the capital of Chile. Countries like Argentina and Brazil followed soon after, and, in 2014, the first European location was announced, in Berlin.

In 2020, you will get to experience Lollapalooza in all three South American destinations – Chile, Argentina, and Brazil. Lolla Chile hosts more than 80,000 people daily and includes the performances of over 100 artists. Previous editions of the Lolla Chile have experienced the live performances of Metallica, Eminem, Kanye West, Foo Fighters, Bjork or Lana del Rey.

Next year, the festival will take place in both Buenos Aires and Santiago at the same time, between March 27 and March 29. Lolla Sao Paolo will open its gates on April 3rd.

Rock in Rio is more than just a simple rock concert. For some, it’s a full experience, while for others it can be the very best event of the year. If you happen to be in Rio in September next year, make sure to book your tickets for this concert.

The capital of Colombia, Bogota is the host to one of the biggest music festivals in the country. Estereo Picnic happens every year in April, and you don’t want to miss the 2020 special edition. The best bands and artists of rock, hip-hop, indie, electronic music, and pop unite in a three-day event that will surely help you make wonderful memories.

The 2020 edition of Estereo Picnic marks the event’s tenth anniversary, so you are in for a full treat. The 2019 line-up counted for artists like Sam Smith, Tiesto, Arctic Monkeys, Kendrick Lamar, and Disclosure so make sure to check the official website of the festival to see who’s coming next year in Colombia.

We don’t want to ruin a good surprise but we can say that Guns’n’Roses, The Strokes, Rita Ora, Armin Van Buuren, and The Chemical Brothers have already confirmed their presence.

If you’re looking for a more underground event to check some of the best local music, Festival Bananada held in the city of Goiana, Brazil could prove an interesting choice.

For nearly 20 years, the festival has supported and encouraged independent music, helping local artists to express their creativity and get on the stage. It also counts for numerous local artists and music enthusiasts, meaning it is the perfect place to meet people with a high interest in music and how it’s done. We are talking about singers, players, producers, and anyone breathing in the music industry.

So, if you’re looking for a way in, gather the best instruments and recording gear, check out this comparison for devices that you might have skipped until now, and start producing your own music. Who knows, one day maybe you will be the one performing on the stages of Lollapalooza or Rock in Rio.