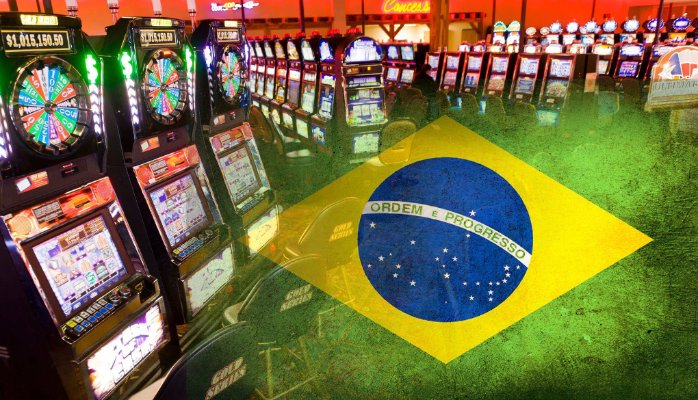 The Future of the Brazilian Gambling Market

The Brazilian gambling market may be about to explode as the government look to finally lift a 70-year ban. Gambling in Brazil was outlawed in 1941 as part of Brazil’s Criminal Contravention Act that was introduced during Brazil’s industrialisation period in a bid to increase productivity. Five years later, the then president issued a decree to shut down all existing casinos. The only legal gambling activities that remained included state lotteries, poker and betting on horse racing which are all considered skill-based activities.

The laws did not stop people for participating in illegal gambling however with illegal lottery Jogo do Bicho proving particularly popular. The Animal Lottery started out as a raffle at a zoo in Rio de Janeiro in 1888 and is now run by mafia bosses and corrupt public officials. It is said to be worth a huge R$12 billion a year. And with several people still partaking in the use of slot machines, bingo, sports betting, online poker and iGaming, an extra R$6 billion is generated.

And of course, the money generated through illegal measures brings no benefit to the Government or society. Bingo was temporarily legalised in the 1990s under “Pele Law” in order to fund sporting activities but after becoming a target for money launderers, it was outlawed again in 2007 by the Supreme Court.

In many countries, revenue generated from gambling is a huge financial benefit for governments as it helps fund social or health projects, so this could be huge news for Brazil. Despite the fact gambling is illegal, online operators, not to mention www.oddshunter.ca, are said to rake in a huge $200 million every year from Brazilian players. While this in itself is quite a feat, it is estimated that, in the wider context of the country, some $800 million is bet by Brazilians every year through all international networks.

Over 75% of the 193 ONU members have legalised gaming whilst Brazil is part of the 25% that are yet to do so. The revenues of the global sports betting market in 2012 was a huge $58 billion, which accumulated to 13.8% of the total gaming revenue. In 2016 this figure was said to surpass the $70 billion mark which indicates just how quickly the market is growing, and it shows no signs of slowing down. If you take this information as well as the fact gambling markets generally account for approximately 1 per cent of a country’s gross domestic product, Brazil’s Legal Gaming Institute estimates that Brazil’s market has the potential to be worth R$55 billion in terms of total bets placed.

The South American state boasts a huge population which operators and online tipsters alike will be keen to stamp their authority on. Table games for example, such as poker, are becoming hugely popular, both online or in physical card rooms. Indeed, over 2.5 million regular Brazilian players are said to be registered on the web and it is estimated at least half play every day. Fuelled from a genuine interest in the pastime, or perhaps even just as a protest to Brazil’s archaic laws, there is no doubting that the people power of Brazil will ultimately sway the vote.

One such demographic is Millennials, who, worldwide, are increasingly boasting more disposable income. Foreign operators would more than likely target this group, particularly online casinos like crazyvegas and within key tourist hotspots such as Rio de Janeiro. Brazilian companies on the other hand are likely to fight it out for sports betting rights.

UK bookmaker William Hill described the potential legalisation of a regulated Brazilian gambling market as “one of the most significant events in gaming history”.

Other operators meanwhile are also reported to of shown interest. One Ladbrokes spokesperson said, “The Brazilian market has enormous potential with a population that has long enjoyed a love affair with football…” Football, the nation’s much-loved sport, would be in huge demand if Brazil were to legalise betting and may just be the catalyst needed to help the market grow exponentially in 2020 and beyond.