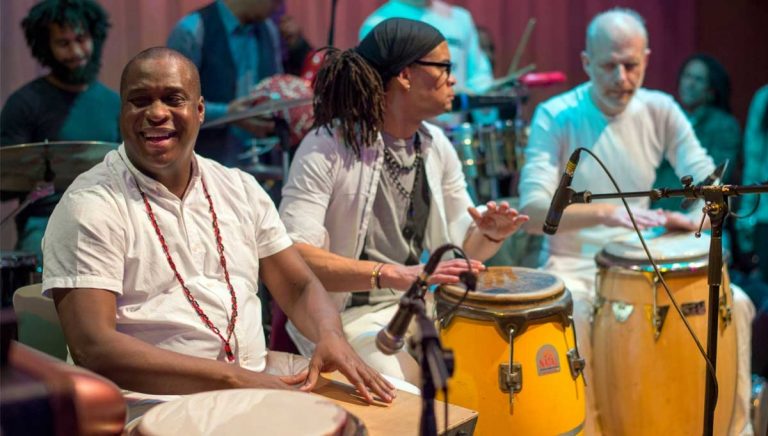 The History and Impact of Latin American Music

What is humanity’s greatest invention? Some would say medicine, or engineering. Others would prefer to choose a more modern creation like computers or the internet. The truth is, humanity hasn’t invented something as powerful and influential as the music. It’s the one language that everybody can understand –– even animals. While it’s certainly true that music has progressed over time, it’s still worth knowing the history behind it all from The 360 ​​Mag. It is hard to pinpoint what makes music so special, but we know it brings people together and forces them to put aside their differences. With countless genres and styles originating from different countries, none had a turbulent history as much as Latin American music, yet it managed to survive all that and gave us tunes that withstood the test of time.

Latin American music originated as a result of a complicated social and cultural process that started with Columbus’s arrival to the continent centuries ago. When that happened, everything changed, and indigenous cultures started getting foreign influences. True, before Europeans came, there were local forms of music and dedicated instruments like the ones used by the Mayans who were specialized in percussion and wind instruments –– flutes, in particular, were very popular in that region of the world, and they still are to this very day. But Europeans came with African slaves –– an unfortunately common practice back then –– who had their own distinct and unique styles which started mixing with the indigenous Latin ones, not to mention the European influences themselves.

The biggest contribution by European conquerors to the music scene in the continent was with languages. Spanish and Portuguese were heavily used, and to this very day, they are the basis on which most Latin American music is based. Brazil’s music is mostly defined by the Portuguese, while the majority of the continent relied on Spanish. Languages aside, the Europeans also had some influence on the evolution of music in the region, with intensive musical backgrounds from both Europe and the Arab world as well. They started introducing new instruments like the guiro –– which you’ll find in Salsa and other Latin American music –– and Spanish guitars, which are another major instrument in several styles as well.

While Europeans influenced Latin American music in terms of instruments and expressions, Africans came with their traditional beats and unique sounds that have always been part of their culture due to religious ceremonies and rituals that included drumming as well as music. They started introducing new rhythms to the indigenous people’s music. A lot of experts believe that this African influence was the biggest factor in the evolution of Latin American tunes as we know them today. If you look at the styles like Salsa and Samba, as well as Merengue, as examples, you will most definitely notice the African influence that has become a distinct feature of the music from that region, and which can also be confirmed by Essaywritingservice.

It’s no secret that jazz also played an important role in the evolution of Latin American music. It has been an integral part in the formation of styles like Latin Jazz, Bossa Nova, Mambo, and several others. Perhaps that was because of the bond shared by African-Americans and Latin natives, but in any case, there was an obvious connection between both styles. A lot of Latin American musicians started emerging and creating waves of success, with beautiful range and excellent technique. As the article at Musicaroo explains, getting that kind of range was never going to be easy, but you can actually get there with some practice and a few professional tips. If you practice enough at home, you can definitely be singing your favorite Latin American tunes in a relatively short time.

Evolution of the Music

With this bizarre mishmash of cultures and influences, Latin American music, as we know it today started forming. But it even started drawing influences from several other directions. Latin Pop was deeply affected by alternative and pop music, and several indigenous-sounding tunes started emerging with foreign and other traits due to the intercultural clash that happened over the years. The outcome was unique sounding musicians that created tunes the likes of which has never been heard before, and that started to bring a lot of people’s attention to music made in Latin America.

External influences weren’t the only deciding factor in the evolution of Latin American music. Social conditions and economic complications also played a huge role there. The class differences and immigration started playing into the equation, and genres like the tango in Argentina started coming to life. Political turmoil also had a role in several countries, like Mexico, where traditional local music evolved with deep feelings of pride and national identity that were very common after the Mexican revolution.

Throughout the Americas, Latin American music quickly became popular, and it turned into a cultural phenomenon. People in US states were listening to the unique tunes you could only hear in the streets of Argentine or Brazil, and the different genres started spreading quite quickly. Cuba, in particular, was starting to get recognized for the great music that came out of the country’s aspiring artists, like the Cugat band, which was quite popular in the Americas around the 40s.

Other singers like Selena were a huge success all over the world. At some point, she was the top-selling Latin artist of the 1990s and one of the most famous and successful of all time. Her success was quite phenomenal, and she is considered to be among the top Latin artists to have made it huge in both Latin America and the United States. You also have musicians like Carlos Santana, who pioneered Latin American jazz and is always ranked as one of the best guitarists that has ever lived.

Latin American music has gone through a lot, and its influences are countless. Today, you have dozens of different genres across all countries in the continent, each with a unique and distinctive sound. But if you listen carefully, you could hear the African influences, and if you look closely, you will see the socio-political and economic factors that shaped this music into what it is today. There is no telling what the future holds for this constantly evolving music genre, but it will definitely be something interesting.