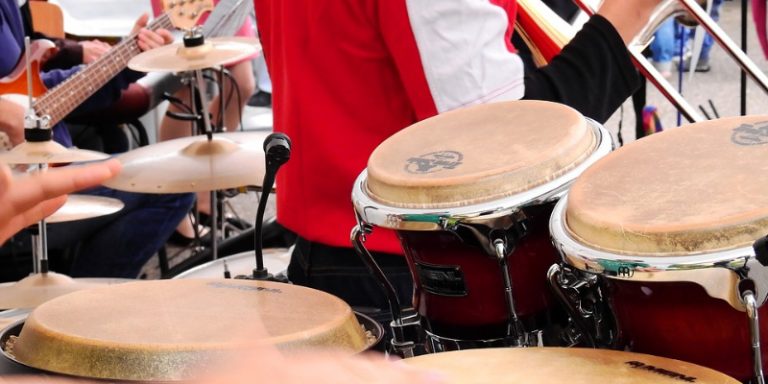 From Argentina to Venezuela, each Latin American country has its own unique style. Among the most popular are tango, salsa, rumba and Latin ballad. The foundation of these genres, as a whole, is percussion. Then, a melody is laid over the top by string instruments. In many ways it’s not too dissimilar from US country music – as can be heard at country to country 2020 Tickets.

For anyone wanting to make music this year, there are dozens of traditional Latin American instruments you can soon learn with practice. Here are some of our favorites:

The Cuban single-headed conga drum, or tumbadora, was traditionally used in Afro-Cuban musical styles like conga (hence the name). Each player originally played a single drum, but in modern times drummers typically play two or three.

There are three types: the lowest being the salidor or tumba; the middle being tres golpes or tres dos; and the highest lead drum known as the quinto.

The conga is played with the hands – meaning no need to spend time or money replacing lost or broken sticks. Different tones and pitches are made by striking the drum in varied ways. Striking the head with a flat palm produces a lower sound, whereas striking the fingers on the drum’s rim creates clear, resonant tones.

As well as conga and rumba, conga players can participate in salsa bands, Latin rock and Afro-Cuban jazz music.

This is a Brazilian drum capable of producing a wide range of pitches, achieved by changing the tension of the drum head. Its tone is typically high-pitched and almost squeaky – it demands attention and is therefore commonly used in samba music and carnivals.

The cuíca is distinct from other drums due to the stick that is fastened to the center of the drum’s head, inside the barrel. Applying or loosening pressure on the stick changes the timbre and pitch of the drum. To play it, the player wears the cuíca across their body, fastened with a shoulder strap. They then simultaneously rub the stick with a damp cloth with one hand and put different pressures on the head with the other hand.

You may not have heard of the cuíca before; but you’ve likely heard it in a lot of popular music. It’s been utilized by countless famous artists – from Miles Davis and Stevie Wonder to Bruno Mars, Red Hot Chili Peppers and Beastie Boys to name but a few. This instrument adds beautiful tones to practically all genres, so is a diverse and handy drum to master!

This box-shaped, drum-like percussion instrument is played by sitting on it and slapping the box below with hands, fingers, brushes or sticks. Originating in Peru, it has traditionally been used in Afro-Peruvian music and is quite common in flamenco now too.

A fun instrument to play, you might have seen it before being used by street artists across South America, Spain and Cuba. Nowadays, it’s often played as an accompaniment to piano, acoustic guitar or other string instruments including the violin. All of these instruments are cornerstones of Latin American music and make up its various incarnations we know today.

The resolution to learn an instrument in the new year is a popular one. Expressing yourself creatively through music, or joining a band that plays songs of your favorite genres, is hugely rewarding and fulfilling.

If you’re learning your first instrument or looking for the next in your repertoire, discovering the instruments traditionally used throughout these diverse styles will bring a whole new world to your musicianship.