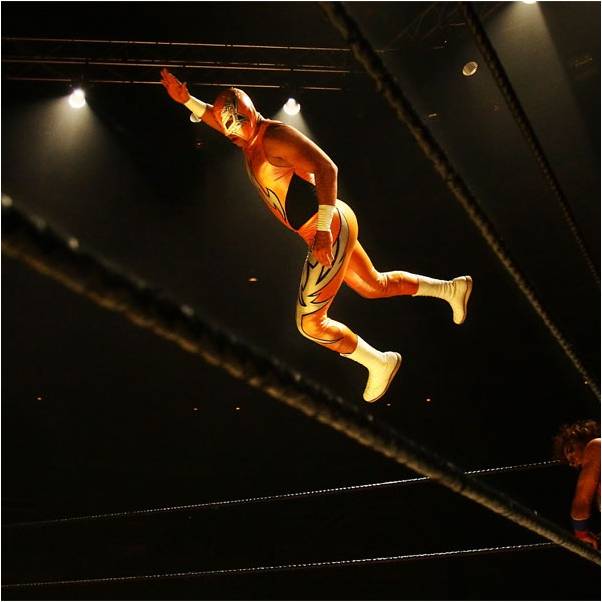 The Latin American culture has always been heavily associated with its love of sport and there are a number of major events being staged across the continent once again this year. These contests are simply unmissable, and whether they’re taking place on your doorstep, or you’re planning a dedicated trip to the region in 2020, you’re highly unlikely to forget these three must-see events in a hurry.

Having been held at Sao Paulo’s iconic Interlagos track since it’s inception in 1972, the Brazilian Grand Prix has always been popular with both drivers and fans. Despite reports suggesting that the race was set to move to Rio de Janeiro in 2020, it appears that it will remain in the southeast of the country for the foreseeable future. With the switch likely to happen in the next five years, this could be one of your last opportunities to catch a glimpse of Lewis Hamilton and Sebastian Vettel negotiating this famous circuit.

Brazilian motorsport devotees turn out in their droves each and every year, creating an unforgettable atmosphere, and whilst the local drivers may be in short supply at the time of writing, this track will always be remembered as the scene of Carlos Pace’s one and only Grand Prix success. If you don’t get the chance to witness this high-octane spectacle in 2020, the track also holds the Brazilian Formula Three Championships each year, which provides yet another opportunity to enjoy the thrill of live motorsport in the region.

The 47th staging of the Copa America takes place this summer across both Colombia and Argentina with soccer fans relishing the opportunity to enjoy back-to-back editions of this iconic tournament. Non-sports fans may also be interested to tune in for both the opening and closing ceremonies of this year’s event with high-profile music acts being booked to perform in front of a worldwide audience. Although this year’s artists are yet to be confirmed, they will be tasked with following in the footsteps of Anitta and Pedro Capo, who helped close last year’s tournament in explosive style.

On the pitch, fans will get to see a variety of Latin American icons compete against their near-neighbours as well as guest nations Australia and Qatar. Hosts Brazil wrapped up their ninth title 12 months ago, and 2020 co-hosts Argentina will be hoping to follow in their footsteps this summer. La Albiceleste are 7/4 favourites in the football betting markets, and plenty will be expected of Lionel Scaloni’s men in front of a partisan crowd.

Declared a ‘intangible cultural heritage’ in 2018 by the government of Mexico City, Lucha Libre continues to go from strength to strength, and it’s an absolute must-watch for anyone visiting the region. It’s a tremendously fun occasion, with the show leaving the audience mesmerised by an eye-catching concoction of acrobatics and drama. It is hosted several nights a week in Arena Mexico, so there can be very little excuse for missing out. The audience will get to see one of the many legendary Luchadores and it is now also possible to view the current line-up prior to booking your tickets online.

Those who are staying on the outskirts of Mexico City will also be afforded the opportunity to witness all of the drama at Arena Coliseo, which provides a much more intimate experience. You don’t have to have any prior knowledge of the sport to enjoy Lucha Libra, as this cultural phenomenon will barely give you time to draw breath.

There is always plenty to see and do in Latin America, and there are plenty of sporting events taking place once again throughout 2020. However, these are undoubtedly amongst the highlights this year, and even those with an aversion to sport will surely enjoy the pure spectacle on offer at Lucha Libra, the Copa America and at the Brazilian Grand Prix.