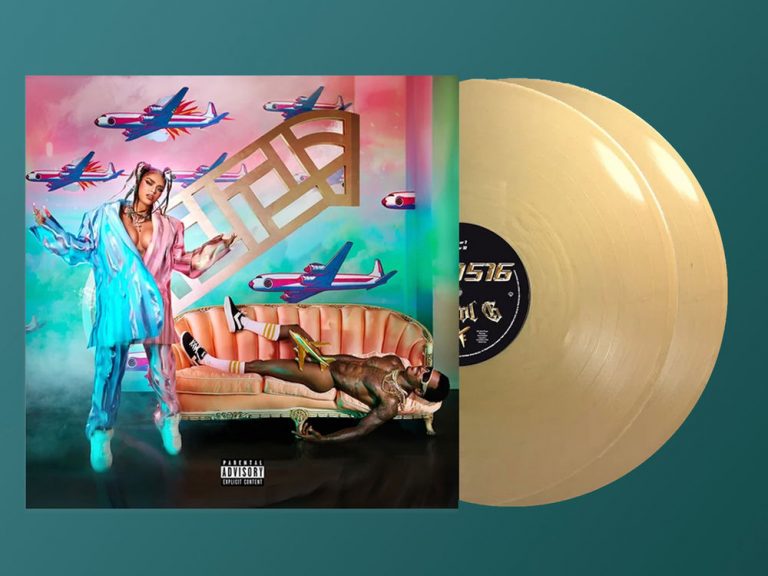 During the pandemic, many musicians have taken advantage of some free time away from the busy tour schedules and whatnot to make some more music. As such, there has been much great music that came out of these isolated musicians.

One music genre we’ll be focusing on is Latin music. There are tons of new studio albums released this yearby Latin music artists and I can’t wait to share some of the best Latin albums that should be bought on vinyl!

Here are some of the best record pressing of Latin albums in 2021:

“El Madrileño”, which translates to “The Man From Madrid”, is the second studio album of Spanish rapper C. Tangana which topped the Top 100 España for 10 weeks. It was released as a homage to the rapper’s hometown and explored the roots of Madrid and its music.

The fourteen tracks of the album, with twelve of it being a collaboration with various artists, was pressed on 12 inch vinyl records. Both the record pressing and jacket printing of the album was great for the album looks good and high quality.

Juanes’ album “Origen” is a compilation of 12 classical tracks which he reimagined himself. It includes singles like “Volver” by Carlos Gardel and “Could You Be Loved” by Bob Marley. We assume that the custom vinyl pressing of the album is ongoing since the vinyl album is still on pre-order period.

According to Juanes’ online merch shop, the tracks are pressed on two 12 inch solid red vinyl records. The album’s jacket is designed with red, green, yellow, and white artwork with a black background. It’s a cool artwork and I bet you the vinyl records would be of high quality too.

The Columbian artist came back last March 26 this year with her album entitled “KG0516”. The full album consists of sixteen different tracks with most of them in collaboration with other fellow artists. It has become the proof that solidified Karol G’s place as the queen of Latin urban music as it showcases her versatility and amazing vocal abilities.

“KG0516” maybe pertaining to a plane’s name seeing as how the front cover of the vinyl jacket is seen featuring a number of planes flying around the background. Along with the cool front cover of the album are two vinyl records that look like and have the color of perfectly made pancakes.

As a visual representation of what effects “Dopamina” gives, MTZ had his vinyl jackets printed with him lying down, headset over his ears, and rays of colors, which I presume are the excited emotions, spreading outward. The colorful jacket is accompanied by a plain black vinyl record, which I think was a good choice to highlight the artwork.

The indie pop band of Spain has finally come back with their album, “V.E.H.N (Viaje épico hacia la nada)”. The album title translates to “Epic Journey to Nowhere” which really reflects on the vinyl album’s jacket. They actually have two record pressings done, one for the full album on two 12 inch black vinyl records and another for the title track on a 7 inch white vinyl record.

The frontman of rock band Extremoduro, Roberto Iniesta Ojea, or professionally known as Robe has released a solo album this year. His album is entitled mayéutica which was derived from a word that translates to obstetrics in English.

And that is how I can explain the peculiar design on the front cover of the vinyl jacket. With the color choice I can only assume that it’s a sonogram of a baby. What’s your guess?

We have now reached the end of the list and I must say that these seven vinyl record albums are a must-have for every music aficionado.

Anddddd…If you’re a musician yourself and you plan on having your own vinyl release, I suggest you try copying what these artists did. Create a cover that would intrigue your fans about what it means, it would be truly fun especially when they get that “Eureka!” moment.

If you’re worried about losing money for making vinyl records, don’t press a lot then!

Happy listening and if you’re convinced to give vinyl a try, happy pressing!