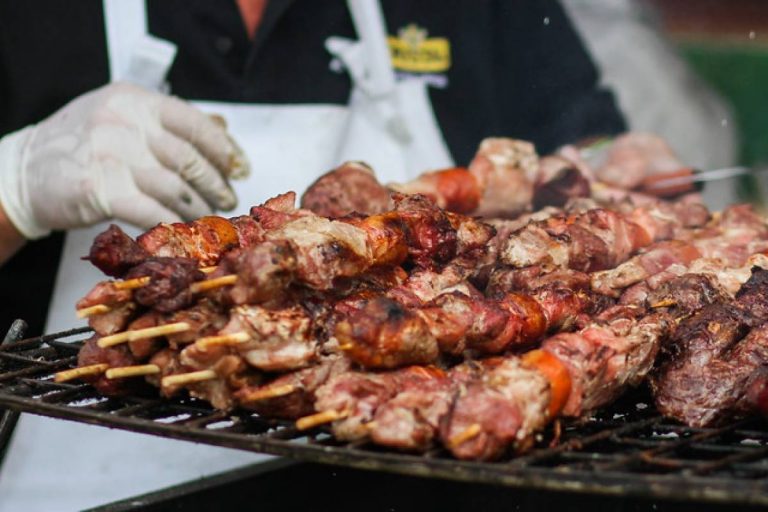 One integral part of every culture that makes each unique in its own right is its food. Similarly, beyond the food, the mode of preparation is one aspect that definitely stands out. Certain foods cut across various cultures, but the ingredients used and how it is cooked makes for what comprises the cultural identity.

Chile is not left out of this and a part of this rich cultural heritage is grilling; traditional grilling which is done the special Chilean way. Grilling is a major part of any social gathering in Chile and this is why this act is very close to the heart of Chileans and woven into the fabric of the culture. This article covers everything you need to know about traditional Chilean grilling.

In order to better discuss grilling the Chilean way, it is essential to integrate the traditional social gatherings where grilling is a top priority. One of the main Chilean traditions that take place during the summer months and the fiestas patrias is the Chilean barbecue known as an asado.

Asado, which basically interprets as barbecue, involves various cooking techniques and ingredients that vary according to region. Southern Chile is popularly known as the land of sheep and accounts for about 64 percent of the 3.9 million sheep that are raised in the country.

Therefore, the fact that Chilean asados revolve around lamb shouldn’t come as much of a surprise. Moreover, it is no doubt one of the best barbecues that you would ever taste.

The asado is beyond just cooking outdoors, it is an essential social event that constitutes a vital part of Chilean culture. An asado is a great opportunity for friends and family to socialize and catch up.

A part of the experience involves the grill master, who is typically a male tending to the grill/braaier while drinking and catching up with others gathered. The women in the house are typically saddled with the responsibility of preparing salads as well as a number of other side dishes.

At a Chilean asado, you would not find gas grills. The method of grilling preferred is a one that is done over a wood fire and then the coals that eventually result. Therefore, charcoal grills are a much more common sight here. Every house has one. The grills are structured as simple stand-alone metal grills, however, they come with fire pits that can be covered by large grates.

Cooking Lamb at an Asado

Once the slaughtering and the cleaning have been done, cooking follows. The lamb is either halved or quartered and stuck on a long metal spindle. The other methods would be to splay it out like a spatchcocked chicken or to cook it whole on a spit, but quartering and halving are easier and more preferable.

Next, two forked spikes would be stuck in the ground and a generous wood fire would be built between the spindles. While the fire starts to burn and transform into a bed of hot coals, the entire mass of the meat is then rubbed all through with salt.

Once this is done, the spindles lamb would be placed between the forks driven into the ground, and the grill master, also known as the Parrillo would begin his job of supervising and rotating the meat so that it cooks evenly.

As it heats up, lamb fat would bubble to the surface and combine with the salt. This typically continues for a number of hours with the Parrillo keeping a close eye on the meat and turning it at intervals. A few cold Pisco Sour or Escudos.

Even if lamb isn’t your preferred choice of meat, asados go beyond just the eating, the social gathering is the main highlight here. As a visitor, if you want to enjoy an asado meal in Latin America, then you would need to get familiar with the locals. If you become close enough, they might even invite you to some neighborhood or family asado.

The best way to enjoy an asado regardless of the meat type or the style of preparation used is to have it with friends and new acquaintances.

What to Expect at an Asado

If you’re coming from the United States, and you’re invited to a Chilean asado, forget about hamburgers and saucy ribs. There are two main stages that comprise the Chilean barbecue, the first stage is typically the choripan, where small sausages are served in toaster marraqueta (an indigenous roll that bears some similarity to French bread, then followed by the grilled steak.

Chileans do not eat a lot of meals with their hands in public, however, an asado is the usual exception. When the host presents the cut-up meat served in a cutting board, this rule goes out the window and most people would take some meat with their bare fingers.

Foods to Expect at a Chilean Barbeque

Apart from lamb, what food should you expect to eat at a Chilean barbeque?

The meat dishes are usually eaten with a Chilean salad (typically an onion and tomato dish) alongside some bread.

If your asado experience falls during one of the annual fiestas Patrias, you would definitely enjoy a trifecta of Chilean food: an empanada de Pino (beef), the anticucho, and chicha (an alcoholic drink).

The Pintxos is also another delicacy that you would probably find and it is made by marinating chicken with the various ingredients;

Afterward, they are set in metal skewers and grilled inside the parrilla on the coal for about 5 minutes until it is cooked.

Food and culture are forever interwoven and the Chilean culture and grilling are completely inseparable. Beyond just eating, it offers an opportunity for people to connect and bond more. And how better to bond than over some incredible meat!