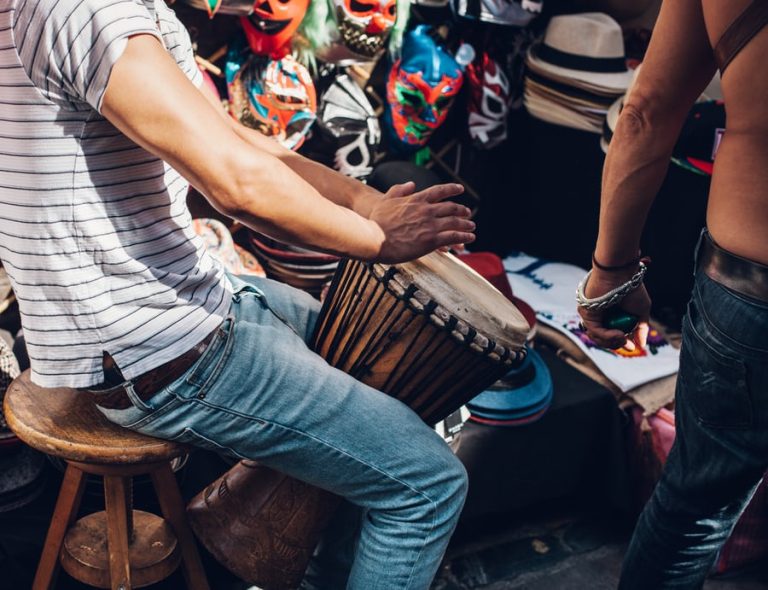 Latin American music is one of the most popular music styles out there. If you’ve developed an interest in this style of music or grew up listening to it, you’ll understand why it’s so popular. Obviously, this music has its origins in the States, but it is popular around the world!

So, if you’re passionate about Latin American music, and a musician yourself, you might be considering writing your own music in this genre. There are plenty of layers to Latin music; and a variety of sub-genres. Let’s take a look at Latin American tunes as a whole while sharing some useful tips for composing your own!

Latin American music has origins in the 16th century. During this time, the Spanish and Portuguese conquest of the Americas took place, bringing the Spanish language and culture into the country. Of course, one of the many things to come from this conquest was the introduction of Spanish language music, with all its unique instrumentation and style.

From here, Latin American music started to spawn. It is, really, a combination of Latina, Spanish, American, and even African music. The African elements came from the slaves on the ships, transported by the Spanish and Portuguese.

Latin American music now has traditional Spanish and Portuguese lyrics, depending on the region it is found in. Each country has developed its own style, with some true worldwide classic styles like Tango, Salsa, and Reggaeton all originating in Latin American countries. So, the spectrum of styles is broad, and the people consuming this music varied in age, sex, race, and religion.

Getting Your Music Heard

So, you want to make your own Latin-styled music? This is only half of the battle. Once you’ve made some music you want people to hear it, right? Learning to distribute your music is something else entirely. Thankfully, it’s not as hard as it once was.

Did you know that there are multiple online companies offering distribution services? These companies specialize in getting your music on all the top platforms. Spotify, Apple Music, Tidal – they’re all covered. In most cases, you’ll pay one fee per track or album, and the distribution system does the rest for you. So, if you’re making your own music and want to share it with the world, get online and get distribution!

Back to the specifics of Latin American music – the instrumentation. Obviously, there are thousands of niche and interesting areas buried within the overall umbrella of Latin music. The instruments you choose will vary depending on which type of music you are trying to write.

If you’re going for traditional, Cuban-style music, you may opt for a Güiro – a ridged block of wood played like a washboard – or a traditional Pandeiro drum. These instruments will help you create the amazing, authentic sounds of traditional Cuba. But, if you’re going for more modern-influenced music, this will change entirely! In essence, you need to deep dive into the style that you love, then get hold of the right instruments.

Everyone’s writing process is different – you’ll need to figure yours out. Lots of people start with one line. One line of lyrics becomes a theme, an idea. Then, a whole song can be built on top of that idea!

Other songwriters like to build a song from a certain instrument upwards. It may be that they write a guitar hook that they love then decide to build upon it to create an entire song. It could be a drumbeat that catches the attention and develops. Experiment with all of these methods and see what is most productive for you!

If you’re composing music and you want to put it out into the world, you’ll need to record it using proper production tools. For this, you’ll need a few things. First, at least one good microphone. If you’re recording multiple instruments or drums, you may need different microphones for different jobs.

These microphones need to be plugged into something! You’ll need a relatively powerful computer with an audio interface. These USB devices help your computer process the input signals from the microphones, converting them into a format your computer can understand. Then, the software on your computer will allow you to edit, layer, and get creative with your recorded music!

Immerse yourself in the world of your favorite Latin American style. Get hold of some instruments. Practice, write, practice some more, then write some more! Before you know it you’ll be uploading your music to a streaming service for the world to listen to.